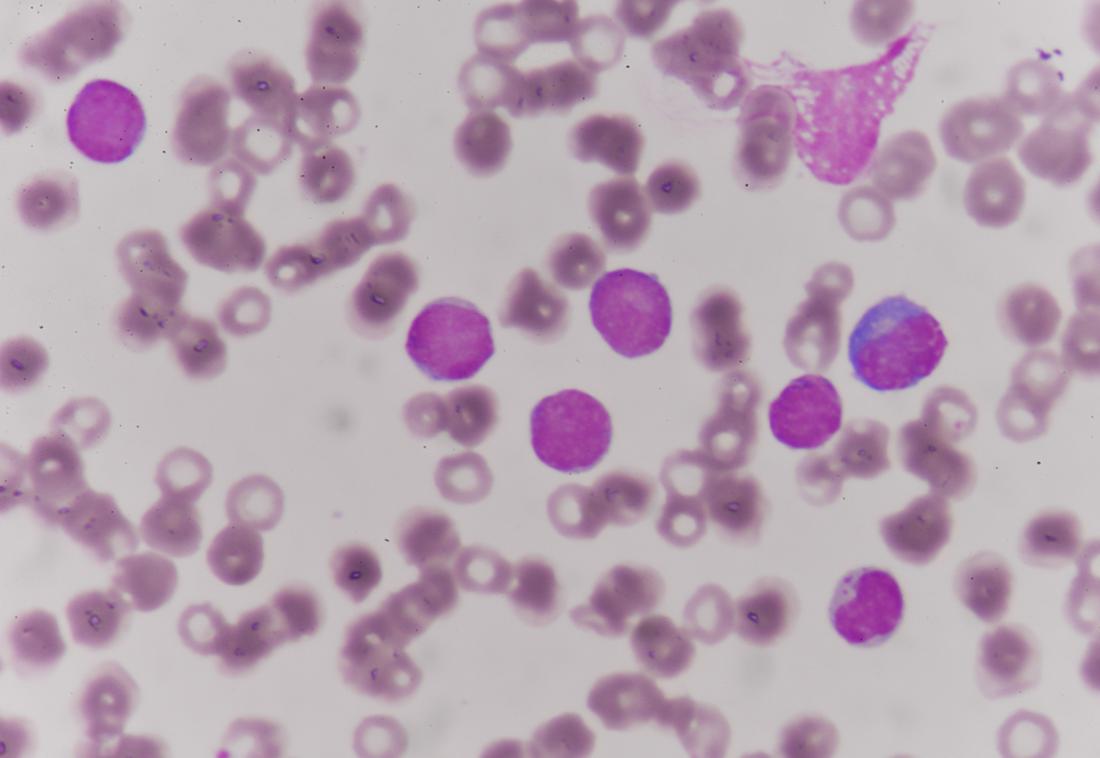 Researchers may have found a way to improve treatment outcomes for patients with AML.

However, by using drugs normally used to treat heart and blood vessel disease, the researchers found that they were able to prevent this blood leakage and increase the efficacy of chemotherapy.

First study author Diana Passaro, of the Francis Crick Institute in the United Kingdom, and colleagues recently reported their findings in the journal Cancer Cell.

AML is a form of cancer that can begin in myeloid cells, which are immature forms of white blood cells (except lymphocytes), red blood cells, or platelets.

It is estimated that around 21,380 new cases of AML will be diagnosed in the United States this year, and there will be around 10,590 deaths from the disease.

Compared with many other cancers, survival rates for patients with AML are poor. According to the National Cancer Institute (NCI), only 26.9 percent of patients survive for 5 years or more after an AML diagnosis.

For most people with AML, chemotherapy is the primary treatment. But studies have suggested that around a fifth of AML patients do not respond to initial chemotherapy, while around 40 to 60 percent of chemotherapy-treated patients experience relapse.

Resistance to chemotherapy drugs has been identified as a key culprit for treatment failure.

For their study, the team sought to learn more about the mechanisms underlying chemotherapy resistance in AML.

To reach their findings, the team extracted bone marrow from patients with AML and injected it into mice. The team then compared the bone marrow of these mice with that of healthy mice using intravital microscopy, which is a tool used to study cellular and molecular processes in living animals.

Compared with the healthy mice, the researchers found that the AML mice showed leakage in the blood vessels of their bone marrow.

Further investigation revealed that the AML mice had significantly lower oxygen levels than the healthy mice, which the team speculates is down to increased oxygen absorption by leukemia cells.

This oxygen deprivation led to an increase in the production of nitric oxide (NO), which is a chemical compound that helps to relax blood vessels and increase the flow of oxygen-rich blood.

The team speculates that NO relaxed blood vessels in the bone marrow of the AML mice, enabling blood to leak through the normally tightly packed cells in the blood vessel walls, and allowing leukemia cells to evade chemotherapy.

Strengthening their findings, the researchers compared bone marrow biopsies of patients with AML with those of healthy patients. They found that the bone marrow of AML patients showed higher NO levels, and high NO levels were associated with a poor response to chemotherapy.

Next, the researchers treated the AML mice with drugs known to block the production of NO.

This not only prevented blood vessel leakage in bone marrow and restored normal blood flow, but it also allowed chemotherapy drugs to reach leukemia cells.

What is more, the team found that the NO-inhibiting drugs increased the number of bone marrow stem cells in AML mice, which could help healthy cells to outnumber leukemia cells and therefore boost treatment efficacy.

Further studies in AML patients are needed to confirm whether NO blockers could help to improve treatment outcomes for patients with AML, but the researchers are optimistic.

“Our findings suggest that it might be possible to predict how well people with AML will respond to chemotherapy,” says senior study author Dominique Bonnet, also of the Francis Crick Institute.

“We’ve uncovered a biological marker for this type of leukemia as well as a possible drug target. The next step will be clinical trials to see if NO blockers can help AML patients as much as our preclinical experiments suggest.”

What are the health benefits of carrot juice?

Juicing has become increasingly popular in recent years and is now a multimillion dollar industry. Carrots are a common ingredient in many juices, as they provide a flavor that pairs well with many other fruits and vegetables. Aside from its taste, carrot juice may also provide numerous health benefits. These possible benefits include reducing the […]

Leukopenia is a condition where a person has a reduced number of white blood cells. This increases their risk of infections. A person’s blood is made up of many different types of blood cells. White blood cells, also known as leukocytes, help to fight off infection. Leukocytes are a vital part of the immune system. […]

Is chemo at the heart of cancer regrowth?

Some cancers are difficult to beat, even with modern drugs. New research sheds light on how one type of chemotherapy provides a safe haven for tumor cells, boosting cancer recurrence and growth in the long-run. In the midst of ‘sleeping’ cancer cells, something is stirring. Finding the right drug to treat a cancer can be […]