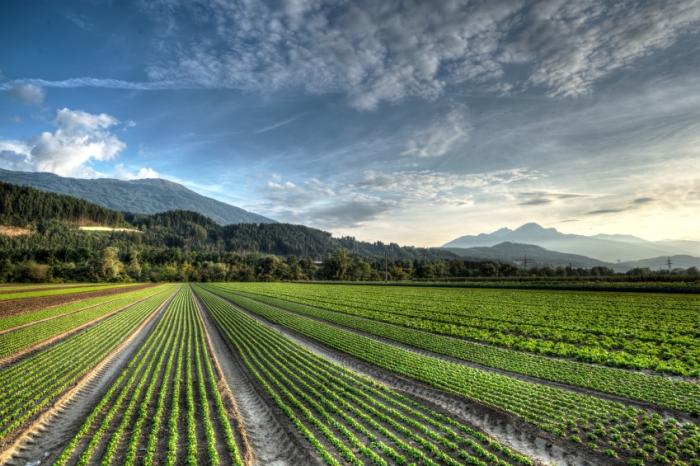 The researchers warn that unless we cut global emissions, climate change effects on agriculture will reduce predicted increases in food availability and result in lower consumption of fruits and vegetables.

One of the most important consequences of climate change could be its effects on agriculture. It is expected to reduce the quantity of food harvested, which could lead to higher food prices and reduced consumption.

However, there is also another side to the picture; climate change can alter agricultural production and regional food availability, which affects diet and body weight in a different way – by changing what people eat.

Imbalanced diets, not eating enough vegetables and fruits, eating too much red meat, being obese and overweight – these risk factors have already been linked to significant numbers of deaths worldwide.

The new study – which examines this side of the picture – suggests by the middle of the century, reduced fruit and vegetable intake resulting from the effect of climate change on agriculture will be responsible for twice as many deaths as undernutrition.

The researchers say the biggest effect will be felt in China and India, who will suffer three quarters of all climate-related deaths due to altered food production.

Study leader Dr. Marco Springmann, of the University of Oxford in the UK, says their model takes a different approach to examining the effect of climate change on food and health, and notes:

“Much research has looked at food security, but little has focused on the wider health effects of agricultural production.”

He explains that when food availability changes, so does what people eat, and this, in turn, affects risk factors for diet and weight-related diseases, such as heart disease, stroke and cancer.

The study is the first of its kind to assess the impact of climate change on diet composition and body weight and how this might affect the number of deaths in 155 countries in 2050.

Dr. Springmann says their results show that even slight reductions in the food available per person could change the calories and food they eat, with major implications for health.

He and his colleagues warn that unless we cut global emissions, climate change will reduce the otherwise predicted increases in food availability by around a third by 2050.

Increase in deaths due to heart disease, stroke and cancer

The effect of these changes in food consumption, when processed through the model, means there could be around 529,000 extra deaths in 2050. This compares with 1.9 million lives that could be saved if climate change did not erode the projected increase in food availability.

For their study, Dr. Springmann and colleagues used an economic agricultural model to assess the effect of predicted rates of emissions, population changes and climate responses on global production, trade and consumption of food.

From this, they worked out how these changes might impact numbers of deaths due to coronary heart disease, stroke, cancer and other causes that are linked to diet and body weight health risks.

They asked the model to calculate figures based on a middle-of-the-road development scenario and four different climate change scenarios (high emission, two medium emission and one low emission) and compare them to a world without climate change.

The model predicts that reductions in fruit and vegetable intake could lead to 534,000 climate-related deaths. This figure is much larger than the 29,000 lives that could be saved by cutting red meat consumption.

The researchers also note that climate change could reduce obesity and thus have a positive effect by reducing deaths, but the model shows any gains here would be offset by increases in deaths due to people being underweight.

‘Bigger effect than other estimates’

Dr. Springmann and colleagues conclude that the effect of climate change on health – as a result of changes to diet and body weight – could be substantial, and be bigger than other estimates of climate-related health impacts.

They say cutting emissions could have substantial benefits, reducing the number of deaths by up to 71%. Also, notes Dr. Springmann:

“Public-health programs aimed at preventing and treating diet and weight-related risk factors, such as increasing fruit and vegetable intake, must be strengthened as a matter of priority to help mitigate climate-related health effects.”

“Springmann and colleagues have moved the climate and food debate in a necessary direction by highlighting both food and nutritional security, but a mountain of policy-relevant questions remain that require close scrutiny.”

In December 2015, Medical News Today learned of an interesting twist to the debate about the link between climate change and diet, where researchers propose that perhaps a vegetarian diet may contribute to climate change. The team – from Carnegie Mellon University in Pennsylvania – suggests consuming more fruits, vegetables, dairy and seafood could be harmful to the environment.

Nine countries in sub-Saharan Africa account for over three quarters of Africa’s burden of HIV/AIDS. Now, a new modeling study suggests there is a significant shortfall in the funding these countries will need to control the disease in the years to come. Share on PinterestThe researchers estimate the price tag for long-term control of HIV/AIDS […]

Syria: siege and starvation in Madaya; immediate medical evacuations and medical resupply essential to save lives

Since July 2015, a siege has been imposed by the Syrian government forces around the town of Madaya, near the border with Lebanon in Syria’s Rural Damascus Governorate. Since the single one-off food distribution on 18 October, this has been tightened to a total stranglehold siege. Around 20,000 residents of the town are facing life-threatening […]

The AMA has joined international calls for governments and armed combatants to respect the medical neutrality of doctors and other health professionals working in conflict zones around the world. Following a year of deadly attacks on hospitals and health workers in 2015, the AMA has backed efforts by the World Medical Association, the International Committee […]