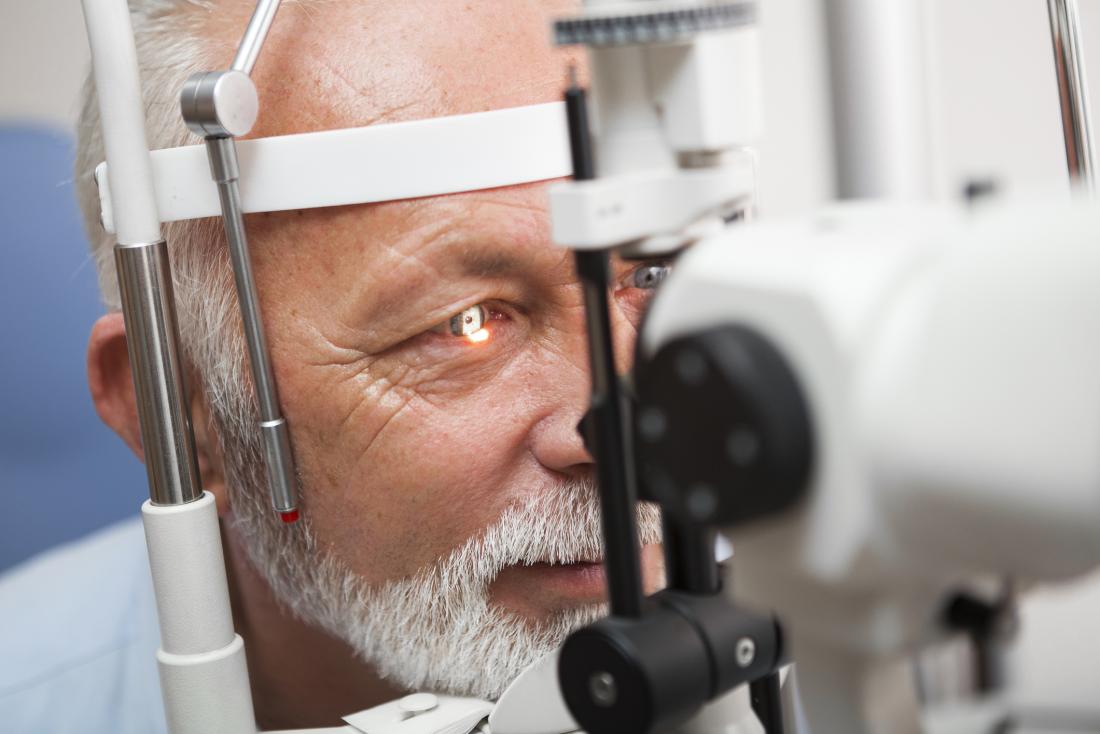 One day, a simple eye test might help predict the onset of Alzheimer’s.

The researchers propose that a loss in density of blood vessels in the retina could suggest development of Alzheimer’s disease.

Researchers studied more than 200 people with normal brain function as well as individuals with Alzheimer’s.

They used a technique called optical coherence tomography angiography (OCTA), which is noninvasive and can reveal blood flow in every layer of the retina.

In the control group, they found that the web of tiny blood vessels located at the back of the eye was quite dense. The vessels of those with Alzheimer’s disease, however, were less dense. In some cases, they were also much more sparse.

Senior study author Dr. Sharon Fekrat, an ophthalmologist and retinal surgeon at Duke Eye Center, notes that they measured blood vessels that are not normally seen during a routine eye exam.

She explains that to do so, they used a noninvasive technology that can take images in a matter of minutes.

“It’s possible that these changes in blood vessel density in the retina could mirror what’s going on in the tiny blood vessels in the brain, perhaps before we are able to detect any changes in cognition.”

They were also able to spot differences between people who had Alzheimer’s disease, those who didn’t, and those with mild cognitive impairment, which often precedes Alzheimer’s.

Doctors cannot definitively diagnose Alzheimer’s disease before death; afterward, pathologists are able to examine brain tissue during an autopsy and identify the hallmarks of the disease.

Currently, doctors will need to run tests that measure memory, attention, counting, language, and problem-solving abilities before they can arrive at a probable diagnosis of Alzheimer’s.

Also, there are a few medical tests that can help rule out other conditions. These tend to include standard medical tests as well as brain scans.

However, doctors cannot make a definitive diagnosis using these methods, which is why there is an ongoing search for solutions that can provide doctors and their patients with certainty before deciding on the best treatment plan.

Current treatment options cannot halt or reverse the condition’s progression, but detecting it earlier can help in a number of ways. For example, it can help slow progression for a while, and it can also help families plan for what lies ahead.

Also, research into Alzheimer’s treatment is ongoing, and an early diagnosis means more chances to participate in clinical trials.

How the retina connects to Alzheimer’s

Co-lead study author Dr. Dilraj S. Grewal, also an ophthalmologist and retinal surgeon at Duke Eye Center, notes there are changes in the small blood vessels in the brains of those with the disease.

Since the retina is an extension of the brain, the team wanted to investigate further to see whether there was a connection.

Since the OCTA scan shows changes in the smallest blood vessels, it has an advantage over other methods of detecting changes in the brain, including an MRI or a cerebral angiogram. These methods only show larger vessels, and they are more invasive and expensive.

“Ultimately, the goal would be to use this technology to detect Alzheimer’s early, before symptoms of memory loss are evident, and be able to monitor these changes over time in participants of clinical trials studying new Alzheimer’s treatments,” concludes Dr. Fekrat.

There has been no sustained reduction in the prescription of antipsychotics to UK dementia patients, despite government guidance, according to a report published in the medical journal BMJ Open. A study by five universities has found that there was no sustained reduction in the prescribing of antipsychotics to dementia patients in UK care homes following […]

What to know about cataract surgery

Cataracts are cloudy or opaque areas on the lens of the eye. These cloudy areas may affect a person’s vision. Cataracts are slow forming. They usually develop in people aged 55 years and older, though younger people can also develop cataracts. There is no known way to prevent cataracts from forming but wearing sunglasses and […]