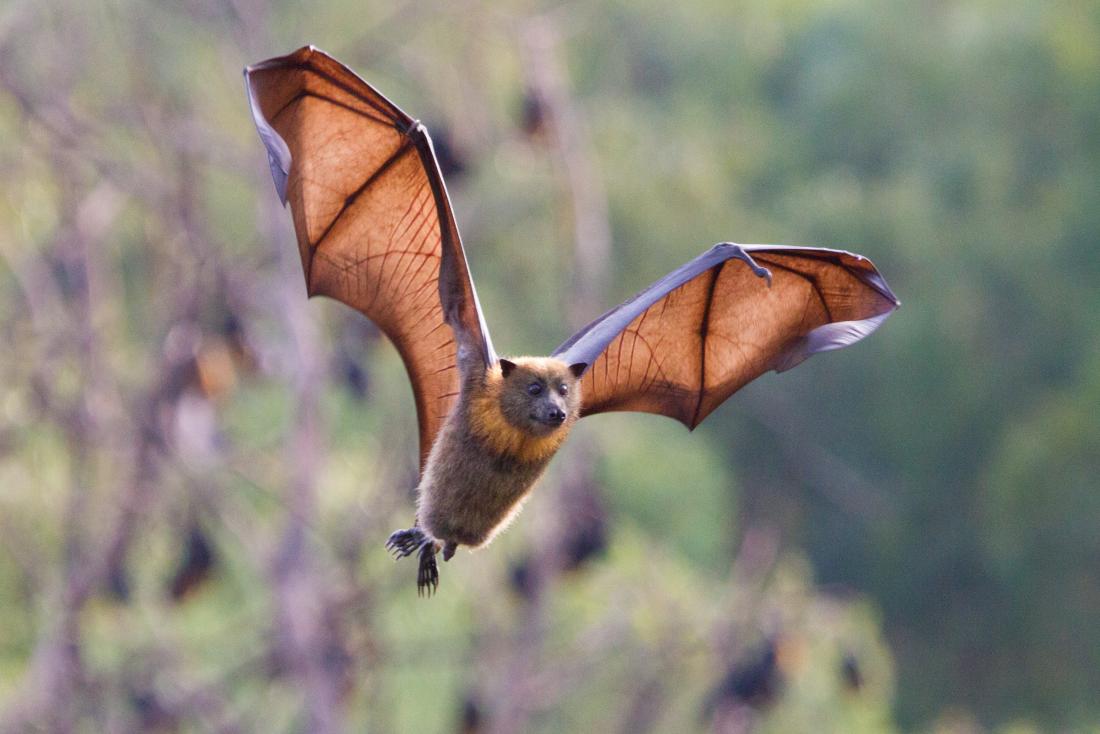 Knowing when and where bats migrate might tell us where the next Ebola outbreak will occur.

Ebola is a highly fatal and highly infectious virus that was first discovered in West Africa in 1976. Fruit bats are thought to be the virus’s natural host.

While most deadly outbreaks have originated in African countries, the last Ebola crisis — which occurred between 2014 and 2016 — spread to the rest of the world including the United States.

In the U.S., four cases were registered, one of which resulted in death.

In this context, predicting the time and location of the next Ebola outbreak may prove particularly useful for preventing it. This is why researchers set out to create a modeling framework that may help us to foresee such an event in the future.

They hypothesized that, since bats are the carriers of the virus, tracking down their migratory patterns may help to create a predictive framework.

The results of their research were published in the journal Scientific Reports.

Creating a mathematical model of Ebola

To create the framework, Buceta and team used satellite information and parameter sampling. The researchers fed this information into a computer algorithm, or model, which was created to predict the conditions in which the bats’ behavior correlates with Ebola outbreaks.

The data fed into the algorithm included the bats’ natality and mortality rates, the rate at which they got infected with the virus, and how long it took them to recover.

Also, to predict peaks of bat infections in a particular region, the model included information about when and where the bats migrated, seasonal changes, and food and shelter availability.

The researchers also had to factor in environmental information; to this end, they used the Google Earth Engine to retrieve information from one of NASA’s databases.

Bocchini details the procedures they used, saying, “We needed to study the random fluctuations of available resources over the entire African continent at high resolution; it was a massive computational and probabilistic challenge.”

“We recognized that from a mathematical point of view,” he continues, “the problem is similar to the random propagation of seismic waves in a region subject to earthquakes, and we could adapt our tools.”

After accounting for things such as humidity and temperature, the researchers were able to “then predict the concentration of infected bats one might expect to find given those particular conditions,” explains Buceta.

The 2014–2016 Ebola epidemic started with the case of a 2-year-old child in Meliandou, a village in Guinea, West Africa.

However, the strain of the virus that infected the child had its origins in the Democratic Republic of the Congo, which is thousands of miles away from Meliandou.

Using the framework designed by Buceta and team, the researchers were able to “retroactively” predict a “peak of infection at Meliandou […] during the months when the outbreak started.” They deemed their findings “remarkable.”

However, when the team applied similar data from a different location — which was 400 kilometers away from Meliandou and had a different climate — the results did not show an infection peak during that period.

“In our model,” Buceta goes on to say, “the appearance of outbreaks is tightly linked to fluctuations in environmental conditions which have an impact on both bat migration patterns and infection rates.”

“Such findings,” he adds, “strongly suggest that environmental factors play a key role in the spread of the Ebola virus among bats.”

The scientists hope that their model will help to predict and prevent not only Ebola outbreaks, but also those of other viruses that are transmitted from animals to humans.

The worst of the recent Ebola epidemic is over, but the threat of future outbreaks lingers. Monitoring the virus requires laboratories with trained personnel, which limits how rapidly tests can be done. Now scientists report in ACS’ journal Analytical Chemistry a handheld instrument that detects Ebola quickly and could be used in remote locations. Scientists […]

New study sheds light on how some survive Ebola

A first-of-its-kind Ebola study yields clues to how some people are able to survive the deadly virus and suggests possible avenues for treatments that could save more lives. Researchers at Centers for Disease Control and Prevention, Emory University School of Medicine, and University of Nebraska Medical Center analyzed the immune responses of Ebola patients treated […]

Analysis of daily gene activation in a patient with severe Ebola virus disease cared for at the National Institutes of Health in 2015 found changes in antiviral and immune response genes that pinpointed key transition points in the response to infection. The changes included a marked decline in antiviral responses that correlated with clearance of […]