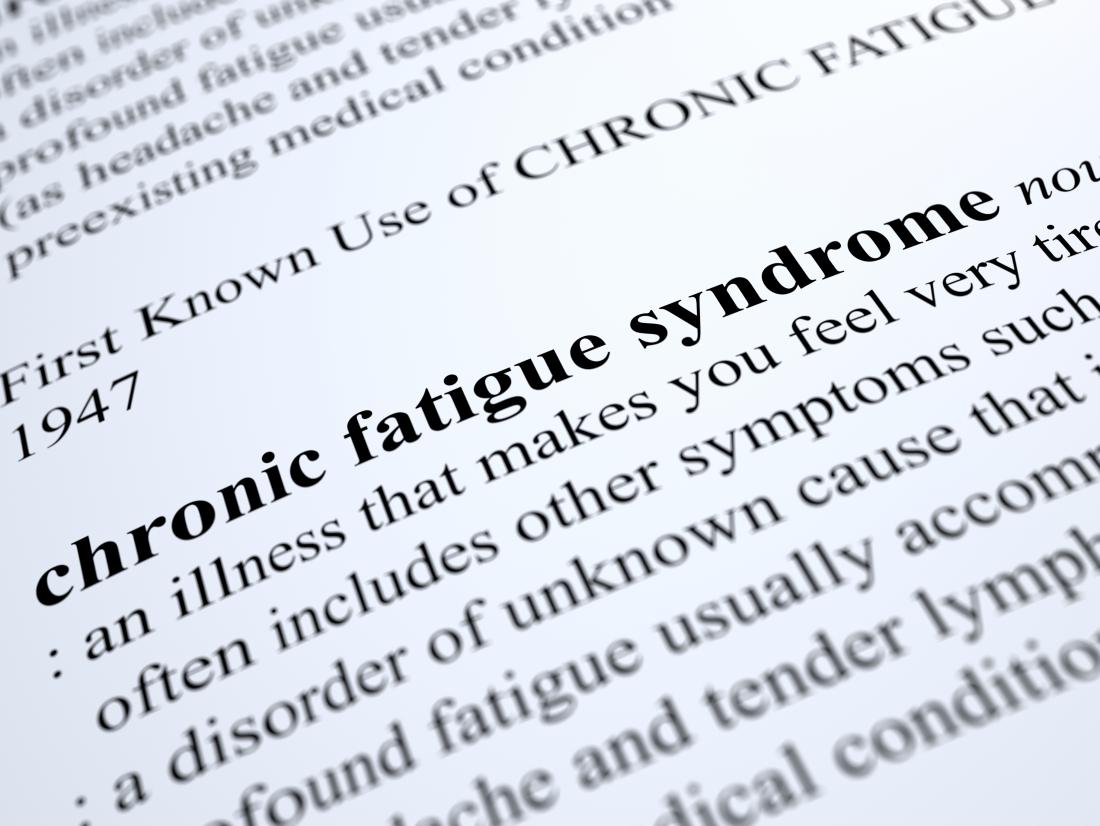 Is CFS linked to the activity of the thyroid gland?

According to the Centers for Disease Control and Prevention (CDC), between 836,000 and 2.5 million people in the United States might currently live with chronic fatigue syndrome (CFS), which is also known as myalgic encephalomyelitis.

CFS is characterized by an overwhelming sense of fatigue, which may also be accompanied by pain, dizziness, and impaired concentration.

Despite the fact that this condition is often tied to significantly decreased quality of life, many people do not get an official diagnosis, and those who do might not always receive adequate treatment; the causes of CFS are still unknown.

That is why research about CFS is ongoing, with investigators striving to uncover the underlying biological mechanisms that characterize this condition.

Recently, researchers from the University Medical Center Groningen and the European Laboratory of Nutrients in Bunnik — both in the Netherlands — in collaboration with colleagues from the Healthy Institute in Madrid, Spain, launched a new theory.

They believe that CFS onset could have something to do with the levels of key thyroid hormones. This occurred to lead researcher Dr. Begoña Ruiz-Núñez and team because they noticed that, like CFS, hypothyroidism — an endocrinological condition wherein the thyroid gland does not release enough essential hormones — is also characterized by intense fatigue and a sense of lethargy.

In their new study — whose results are now published in the journal Frontiers in Endocrinology — Ruiz-Núñez and team explain that CFS and thyroidal disease have a number of overlapping physiological characteristics.

Their hope is that the similarities — as well as differences — that they uncovered between these two conditions could eventually lead to more targeted treatments for CFS.

In hypothyroidism, the thyroid gland — which is situated in the neck — is unable to produce enough thyroid hormones, which help with the regulation of many of the body’s metabolic functions. When not enough of these hormones are released, the body becomes more sluggish and is unable to function at its usual speed.

Under such circumstances, to try to boost the thyroid gland’s activity, the pituitary gland — which is found at the base of the brain — releases higher levels of thyroid-stimulating hormone (TSH).

The researchers behind the new study note that in CSF, as in hypothyroidism, the thyroid gland fails to release adequate levels of thyroid hormones. However, in this case, no extra TSH is released into the system.

Following on from these clues, Ruiz-Núñez and colleagues inferred that CFS could manifest as a result of low thyroid hormone levels, independently from thyroidal disease.

To test this hypothesis, the researchers worked with 197 subjects, of whom 98 had been diagnosed with CFS and 99 had no outstanding health condition. The latter group of participants acted as the control group.

After comparing the levels of activity of the thyroid glands, as well as markers of inflammation, between the two groups, Ruiz-Núñez and colleagues found that the participants with CFS had significantly lower levels of important thyroid hormones, including triiodothyronine (T3) and thyroxine (T4). But at the same time, they confirmed that they exhibited normal TSH levels.

Further tests revealed that the participants with CFS had a lower urinary iodine status compared with their healthy counterparts. Low urinary iodine is associated with various deficiencies in the human body, as well as with thyroid gland-related issues.

People with CFS also presented with low-grade inflammation, the body’s automatic response to any perceived harmful stimuli. However, this group of participants exhibited higher-than-usual levels of the thyroid hormone “reverse T3” (rT3), which is often seen in those recovering after serious health issues that required hospitalization.

As the authors explain, rT3 is the consequence of a shift in thyroid hormone production. Normally, the thyroid gland produces certain levels of T4 and T3, which are two hormones that play a key role in regulating the metabolism.

But Ruiz-Núñez and team explain that in the case of people with CFS, instead of producing T3, the body converts T4 into rT3. This may explain why levels of T3 are substantially decreased.

“One of the key elements of our study,” says Ruiz-Núñez, “is that our observations persisted in the face of two sensitivity analyses to check the strength of the association between CFS and thyroid parameters and low-grade inflammation. This strengthens our test results considerably.”

In order to better address the needs of individuals with CFS and better understand and treat their condition, the researchers believe that healthcare professionals should keep track of a more in-depth patient history, including the duration of illness.

Ruiz-Núñez and colleagues also hope that additional studies may take their new research forward and confirm whether there is a causal relationship between CFS and the underperformance of the thyroid gland.

Numbness in the fingers can have many different causes, from carpal tunnel syndrome to some types of neuropathy. In some cases, treatment may simply require a change in the way that a person uses their hands. However, medication or surgery may be necessary for cases with more complex underlying causes. This article looks at six […]

Why are my legs and feet numb?

Share on PinterestCrossing the legs for a long time may cause numbness and tingling in the legs and feet. Often, a person’s legs go numb temporarily because of their posture. However, chronic or long-lasting numbness in the feet and legs is almost always a sign of an underlying medical condition. Conditions associated with feet and […]

Fibromyalgia: Many may receive wrong diagnosis

Fibromyalgia is a chronic condition that affects millions of people in the United States. However, the authors of a new study now warn that a significant number of people who have received a diagnosis may not, in reality, have this condition. A new study indicates that there may be many incorrect and missed diagnoses of […]