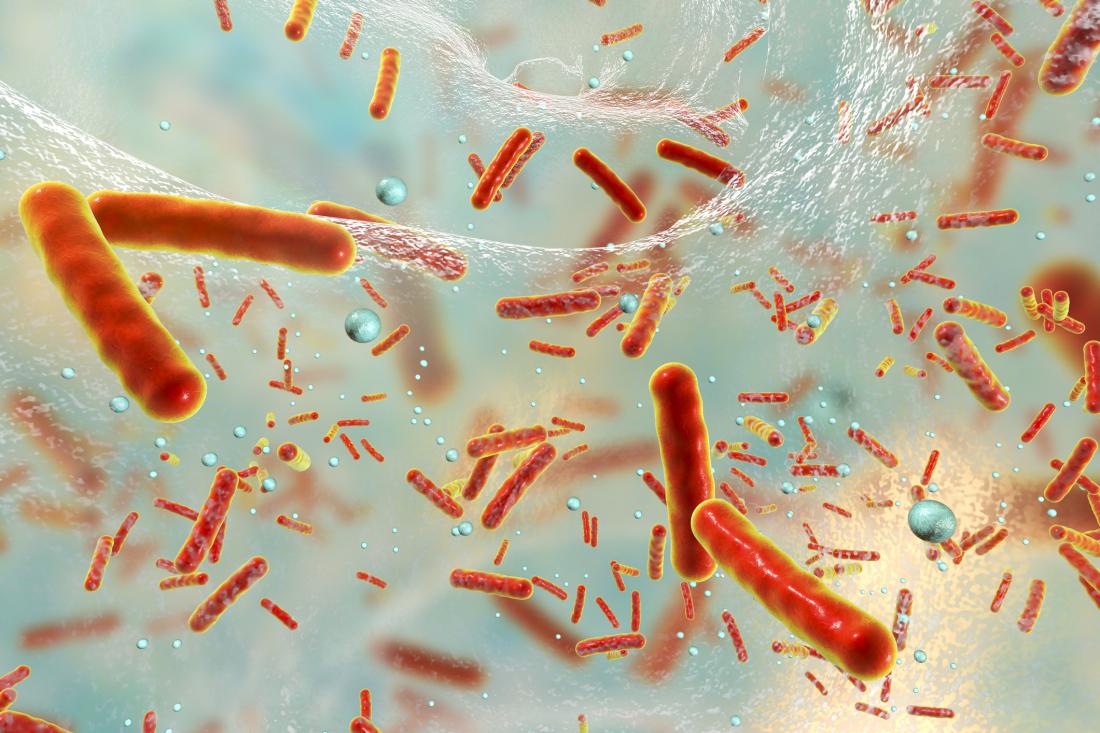 According to several studies, bacteria living in the gut can predict the onset of bowel cancer.

Bowel cancer is the third most common cancer in the United States.

Otherwise known as colorectal cancer, it is also the third leading cause of cancer-related death for both males and females in the U.S.

However, this risk factor is not a simple one. The makeup of the gut microbiome — which refers to the trillions of microbes residing in the gut — varies from person to person.

Numerous studies have investigated if specific microbe types or combinations could lead to bowel cancer or worsen its progression.

Now, researchers from Brazil’s Federal University of Viçosa have carried out a review of these studies to see if they could uncover any trends or patterns.

Appearing in the Journal of Medical Microbiology, the team’s analysis found three main ways that gut microbes can increase the risk of bowel cancer.

Lead study author Dr. Sandra dos Reis hopes to use them for the creation of new early diagnosis tools.

“New forms of prevention and treatment for certain diseases can be developed using the intestinal microbiota, since the composition of this microbiota can be changed by a number of factors, such as diet, the use of probiotics, prebiotics, and antimicrobials among others,” she explains.

Their first finding relates to gut inflammation. The researchers found that bacteria within the gut capable of kickstarting an inflammatory condition can do a similar thing with cancer development.

They therefore suggest that people living with chronic gut inflammation are more susceptible to cancer.

The scientists also suggest that bacteria that produce toxins and carcinogens could be triggers. Certain bacteria, including Escherichia coli, release molecules that stick to cells lining the colon, affecting cell division and behavior. One effect can be the uncontrollable division of cells, potentially leading to cancer.

E. coli is listed as a carcinogen producing bacteria, along with B. fragilis and Clostridium. These types of microbe can produce molecules that cause cancer to develop and benign tumors to become cancerous.

One study within the review looked at a particular type of benign tumor called an adenoma. The review found that high levels of a bacterium called Fusobacterium resulted in a person being 3.5 times more likely to develop adenomas in the colon. If left untreated, adenomas can turn into cancer.

The study authors note that Fusobacterium is unlikely to be present in a healthy gut, marking it of interest for future research and diagnosis.

The importance of good bacteria

Dr. dos Reis and her team also spotted that some microbes could reduce the likelihood of cancer developing in the lower intestine and even reduce tumor growth.

Bacteria that produce butyric acid were key here, she says.

“Butyric acid may be able to inhibit tumor development through different mechanisms. Thus, when abundant in the intestinal microbiota, butyric acid producing bacteria would exert a protective effect against colorectal cancer.”

Probiotics, or “good bacteria,” can also help. “By interacting with the host and other microorganisms present in the intestinal microbiota,” Dr. dos Reis explains, “these microorganisms modulate the functioning of the whole organism through different mechanisms, contributing to intestinal and systemic health.”

“Considering the importance that the gut has to maintain our health, regular consumption of probiotics can impact positively on health,” she adds. Yogurt, pickles, and some types of cheese are healthy foods that contain probiotics.

These findings are just the first step of a long journey. Many more studies will be necessary before researchers can say that the link between microbes and cancer is solid, and before it is possible to use the microbiome to aid cancer diagnosis and treatment.

Can this food additive turn our gut bacteria against us?

Titanium dioxide nanoparticles make up a common additive — E171 — used as a coloring agent in many products. So far, the additive’s safety has been a matter of debate, but new research in mice has found evidence that it could render the gut more susceptible to disease. A common food additive in white cake […]

What can cause a hard lump in the anus?

The anus usually consists of soft tissue. However, this tissue can become hard due to infections and other medical conditions, many of which range in severity. When this happens, it may feel as though there is a hard lump in the area. The anus is the opening at the lower part of the digestive tract, […]

Viagra may cut colorectal cancer risk by half

New research, now published in the journal Cancer Prevention Research, suggests that a small dose of the popular male impotence drug Viagra, when administered daily, may significantly reduce the risk of colorectal cancer. Share on PinterestA small daily dose of the erectile dysfunction drug may prove invaluable for treating and preventing colorectal cancer. The American […]