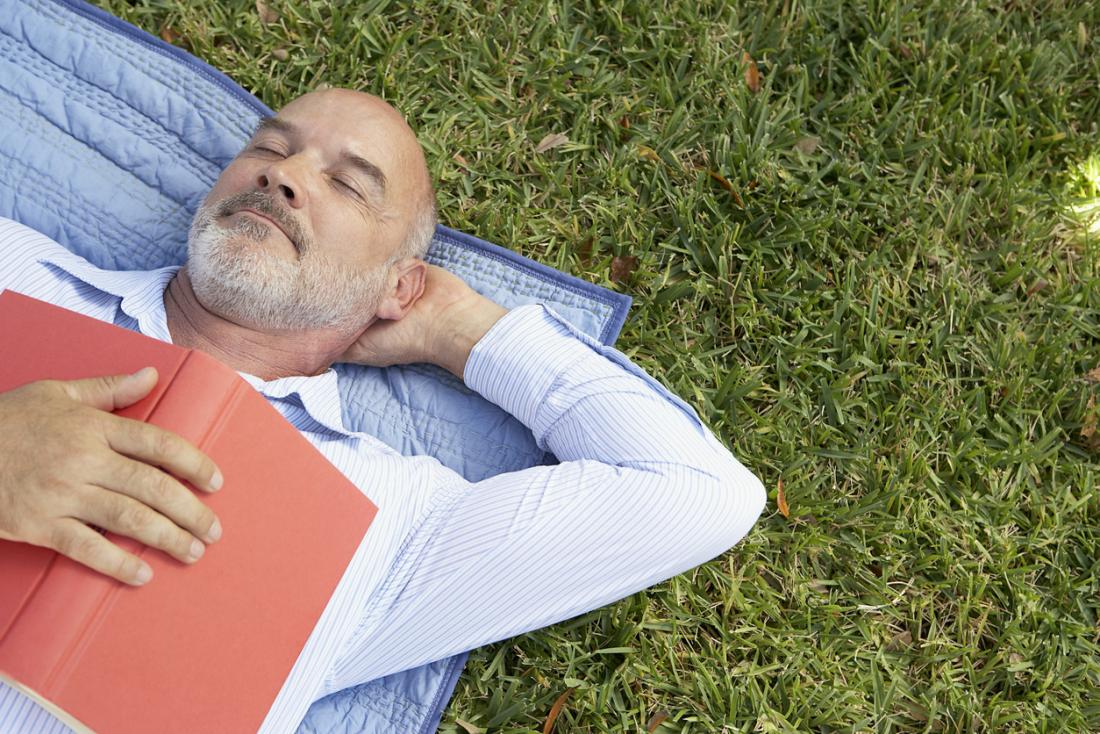 New research examines the link between having a sense of meaning in life and common sleep disorders.

The Centers for Disease Control and Prevention (CDC) deem insufficient sleep a significant public health concern, estimating that 50 to 70 million people in the United States have a sleep or wakefulness disorder.

Researchers from the Northwestern University Feinberg School of Medicine in Chicago, IL, set out to examine the link between having a sense of purpose in one’s life and the quality of one’s sleep.

Specifically, they looked at the association between having a sense of meaning and the likelihood of developing sleep apnea and restless legs syndrome (RLS).

Sleep apnea is a disorder in which a person experiences one or more breathing pauses while they sleep. This may lead to a reduced quality of sleep; the breathing pauses may pull the person out of their deep sleep phase and into a shallow, less restful sleep.

RLS is also a sleep disorder, characterized by the irresistible need to move one’s legs during sleep. Often, the symptoms are brought on by lying down or sitting down for long periods of time.

The new research examines these sleep disturbances, and the findings are published in the journal Sleep Science and Practice. The first author of the study is Arlener Turner, a former postdoctoral fellow in neurology at Northwestern University Feinberg School of Medicine.

The researchers examined 825 individuals aged between 60 and 100 years, 77 percent of whom were female and over half of whom were African American.

The participants were recruited from two cohort studies: the Minority Aging Research Study and the Rush Memory and Aging Project. They were asked to answer 32 questions designed to evaluate the quality of their sleep and check for potential symptoms of RLS, as well as for symptoms of random eye movement behavior disorder.

To evaluate the participants’ sense of purpose in life, they were invited to answer a 10-item questionnaire, adapted from Ryff & Keyes’s scales of Psychological Well-Being.

The questionnaire included statements such as “I feel good when I think of what I’ve done in the past and what I hope to do in the future,” and “Some people wander aimlessly through life, but I am not one of them.” The participants were asked to rate how strongly they agreed with such statements as these.

The researchers averaged the scores given by the participants’ answers on a scale from 1 to 5, with 5 standing for the highest level of purpose in life.

Participants were clinically followed for 2 years and were assessed for sleep apnea and RLS at baseline, as well as 1 year and 2 years later.

Turner and colleagues applied multiple linear regression models to adjust for factors such as age, sex, race, and education.

The study revealed that people who felt a sense of purpose had a 63 percent lower chance of developing sleep apnea and a 52 percent lower risk of RLS.

Additionally, the researchers found that overall, those with a higher sense of purpose had “moderately better” sleep quality. The results were largely the same across African American and white American study participants, so the findings have important implications for the U.S. at large.

“Helping people cultivate a purpose in life could be an effective drug-free strategy to improve sleep quality, particularly for a population that is facing more insomnia. Purpose in life is something that can be cultivated and enhanced through mindfulness therapies.”

Prof. Ong mentions that non-pharmacological interventions are now preferred by the American College of Physicians for the treatment of insomnia, and Turner adds that future research should focus on the use of mindfulness therapies to increase life purpose and improve sleep quality.

Learn how obstructive sleep apnea may lead to irregular heartbeat.

Why does coffee make me tired?

Many people drink coffee, and rely on it, on a daily basis. A large number of those who consume caffeine from coffee do so to increase their energy and improve their focus. Caffeine is the most widely consumed stimulant in the world. That being said, it does not affect everyone in the same way. Some […]

The science behind lucid dreaming

In lucid dreams, the dreamer realizes they are dreaming even as they remain asleep. What is the science behind this intriguing consciousness phenomenon? This special feature looks at the current research. Can scientists explain lucid dreams? Read this special feature to find out what researchers have learned so far. Typically, when we dream, we are […]

A new study from the US finds that men with restless legs syndrome (RLS) may have a 39% increased risk of dying earlier compared to men without the condition, which is characterized by an irresistible urge to move the legs when lying down, accompanied by creeping, pulling and burning sensations that usually feel worse at […]