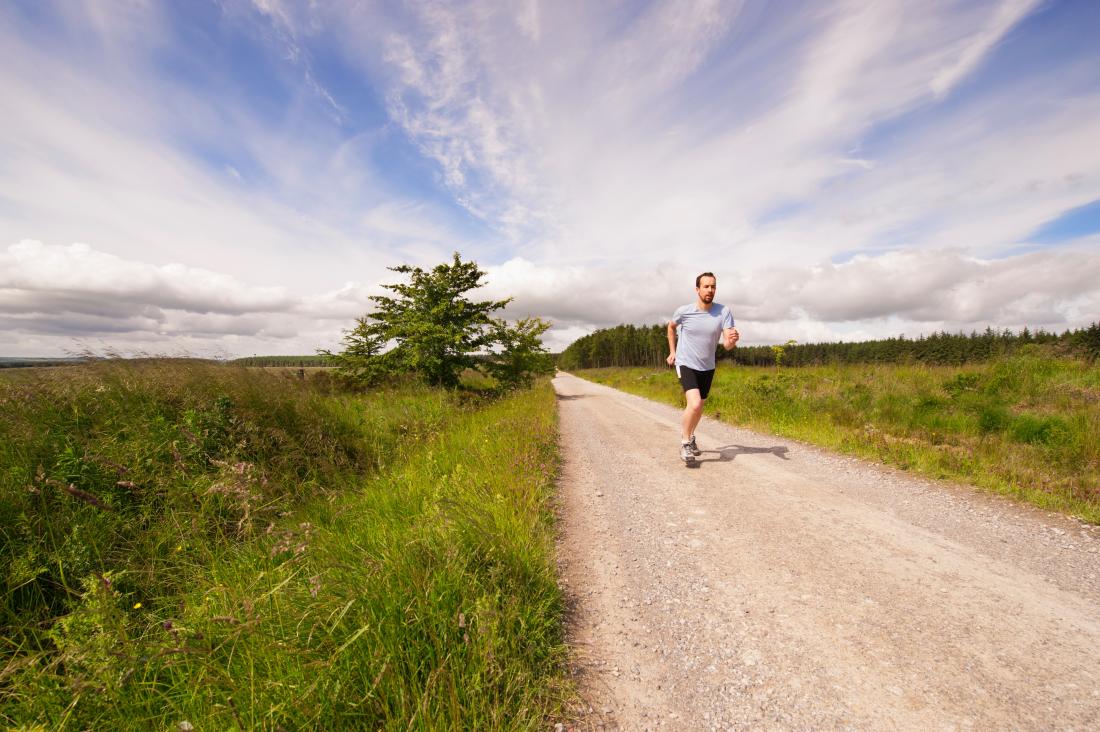 A study shows, for the first time, that people with cardiovascular disease benefit more from exercise than healthy people.

Existing evidence shows that staying physically active can help a person live longer and that regular exercise can help prevent many chronic conditions, including cardiovascular disease.

However, no studies had looked at how exercise really benefits individuals who already have cardiovascular disease.

Now, for the first time, researchers — many from Seoul National University, in South Korea — have compared the effects of exercise on the risk of death in a cohort of healthy participants and a cohort of participants with preexisting cardiovascular disease.

The study revealed that individuals with cardiovascular disease seemed to benefit more from exercise than healthy individuals — and the more they exercised, the better.

The team, led by Dr. Sang-Woo Jeong, published the findings in the European Heart Journal last week and also presented them at the European Society of Cardiology (ESC) Congress 2019, held in Paris, France.

Dr. Jeong and colleagues analyzed the data of 441,798 participants, who were part of the Korean National Health Insurance Services Health Screening Cohort.

Of these, 131,558 participants had preexisting cardiovascular disease, while 310,240 were healthy. All of the participants were aged 40 or over, with an average age of 60. All had taken part in a health screening program between 2009 and 2015 and had provided information about their levels of physical activity.

In their analysis, the researchers also had access to follow-up data for nearly 6 years, as well as information regarding death and its cause, accessed through the Korean National Death Index.

The participants provided information on their levels of physical activity via surveys that asked them to report how often they had been physically active in the past week. In this case, physical activity referred mainly to instances of aerobic exercise and did not include daily activities, such as housework.

The researchers converted these data into units of metabolic equivalent task minutes per week (MET-mins/week), which allowed them to quantify levels of activity.

Dr. Jeong and the team found that, after the 6-year follow-up period, the participants with cardiovascular disease had benefitted more from physical activity than the healthy participants.

More specifically, for every 500 MET-mins/week, healthy individuals saw a 7% reduction in premature death risk, while those with cardiovascular disease saw a 14% death risk reduction.

As for participants with cardiovascular disease, once more, individuals who undertook 0–499 MET-mins/week of exercise saw the most significant benefits. However, in this cohort’s case, risk reduction continued to rise beyond the 500 MET-mins/week point.

Yet, at the same time, the researchers noted that almost 50% of all participants exercised very little, and about 25% of participants reported no physical activity.

“We found that approximately half of the people in the study did not reach the recommended level of leisure-time physical activity, and a quarter had a totally sedentary lifestyle,” says Dr. Jeong.

How to reach desired activity levels

As to why individuals with cardiovascular disease derive greater benefits from exercise than healthy individuals, the researchers can only make conjectures.

“Secondly,” he adds, “a number of previous studies have shown that physical activity helps control cardiovascular risk factors such as blood pressure, cholesterol, and blood glucose. The benefit of physical activity in secondary prevention may come by better controlling such risk factors.”

“Lastly, patients with [cardiovascular disease] usually have higher levels of systemic inflammation than those without [this condition], and there is evidence that physical activity lowers systemic inflammatory levels,” Dr. Kang explains.

The researcher also goes on to advise that doctors encourage individuals with cardiovascular problems not to give up on exercise and explain just how physical activity can benefit health.

“The 2016 ESC guideline for primary prevention recommends healthy adults of all ages should perform at least 150 minutes a week of moderate intensity or 75 minutes a week of vigorous intensity aerobic physical activity, or an equivalent combination,” Dr. Kang notes.

“You can achieve 1,500 MET-minutes a week by doing brisk walking for 30 minutes, five times a week, plus climbing hills for 2.5 hours, once a week,” Dr. Kang also suggests.

What to know about heart murmurs

A heart murmur is an abnormal sound that the blood makes as it moves through the heart. Doctors can hear a heart murmur through a stethoscope. Murmurs can be benign or indicate a serious heart condition. Research estimates that heart murmurs affect up to 72% of children. Most often, the murmur will go away with […]

Scientists used data from more than 1.6 million people to link insomnia genes to a higher risk of heart disease and stroke but not atrial fibrillation. Does insomnia contribute to heart disease, or is heart disease a contributing factor for insomnia? Heart disease is the leading cause of death in the United States, with stroke […]

In this special feature, we collate some of the most intriguing hypertension studies from 2019. We particularly focus on nutrition, risk factors, and hypertension’s relationship with dementia. Share on Pinterest2019 has been a fascinating year for hypertension research. Today, in the United States, around 1 in 3 adults has high blood pressure, which doctors also […]