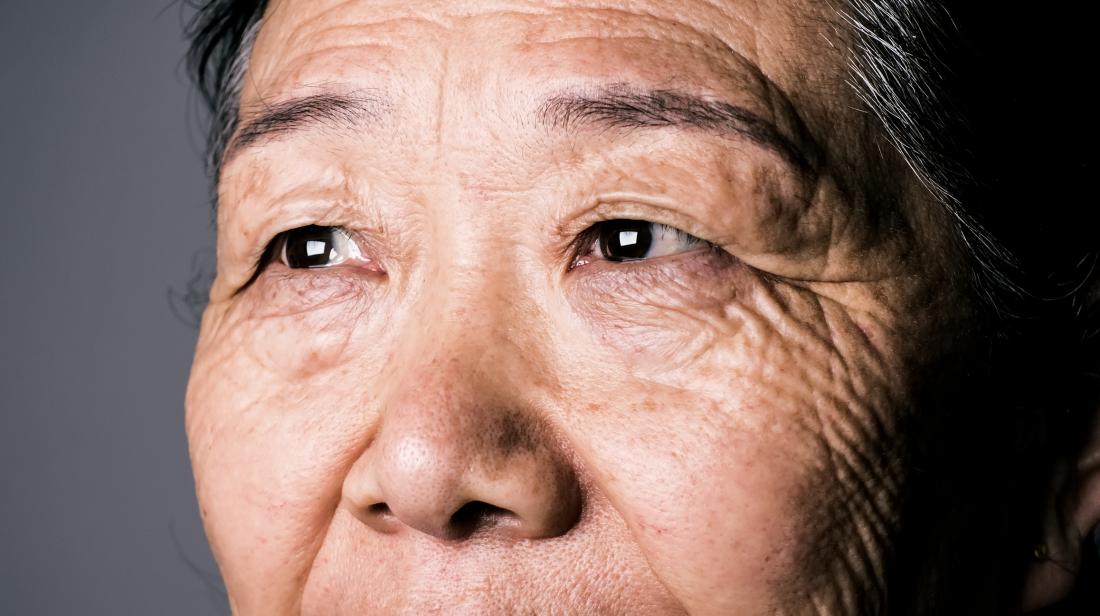 The direction of a person’s gaze can be a telltale sign of cognitive impairment.

Alzheimer’s disease often evolves from mild cognitive impairment (MCI) — a small decline in memory and reasoning that is not serious enough to interfere with daily activities, but that is noticeable to the person who develops the condition.

In fact, according to some studies, 46% of people with an MCI diagnosis go on to develop dementia within 3 years. By comparison, only 3% of adults of the same age experience Alzheimer’s in the same time span.

However, MCI does not always develop into full blown dementia. It often remains stable and sometimes the symptoms disappear completely with the person reverting to a normal, healthy cognition.

Having aMCI raises the risk of Alzheimer’s significantly more than naMCI. Detecting Alzheimer’s as early as possible improves a person’s brain health and may reduce their symptoms, especially if a reversible form of MCI is the cause.

For these reasons, devising an accurate method of diagnosing the various subtypes of MCI is critical.

Researchers led by Thom Wilcockson, from the School of Sports, Exercise, and Health Sciences at Loughborough University in the United Kingdom, set out to use eye tracking technology to distinguish between the two subtypes of MCI.

Wilcockson and his colleagues published the results of this first-of-its-kind study in the journal Aging.

Previous research has found that people with Alzheimer’s show signs of eye movement impairment before any cognitive symptoms appear.

The inability to direct the gaze in the appropriate direction often accompanies the very early stages of Alzheimer’s, and standard eye tracking tests can reveal this sign of dementia.

In the new study, Wilcockson and team set out to use these eye tracking tests to detect MCI subtypes.

The research involved 42 participants with a diagnosis of aMCI, 47 people with naMCI, 68 participants whom doctors had diagnosed with Alzheimer’s disease, and 92 age-matched controls who were cognitively healthy.

As part of the research, the scientists asked the participants to complete antisaccade tasks. These are computer-based tasks wherein the participants must avoid looking at a distracting stimulus, such as a dot that appears at random points on the screen.

Using an eye tracker with a 500 Hertz sampling technology, the researchers calculated the “antisaccade error rate,” or the total number of times that a participant failed the task and looked at the stimulus.

“The work provides further support for eye tracking as a useful diagnostic biomarker in the assessment of dementia,” conclude the authors.

‘This research is extremely important’

The study’s lead author also comments on the significance of the findings, saying, “The results indicate that it is possible to predict which MCI patients are more likely to develop Alzheimer’s disease.”

“This would help with monitoring disease progression and may ultimately help identify whether treatments would be effective,” adds Wilcockson.

“This research is extremely important as an earlier diagnosis of Alzheimer’s disease would enable effective treatments, when available, to be administered before pathological changes to the brain are widespread and permanent.”

“I hope to build on this research and continue the development of eye tracking methodologies for early diagnosis,” concludes the lead researcher.

Although a vaccine for dementia is a long way down the road, researchers recently made a few tentative steps closer. The authors of a recent study in mice hope that in the coming years, they can move into human trials. Share on PinterestScientists believe that they are on the path to a vaccine against dementia. […]

There has been no sustained reduction in the prescription of antipsychotics to UK dementia patients, despite government guidance, according to a report published in the medical journal BMJ Open. A study by five universities has found that there was no sustained reduction in the prescribing of antipsychotics to dementia patients in UK care homes following […]