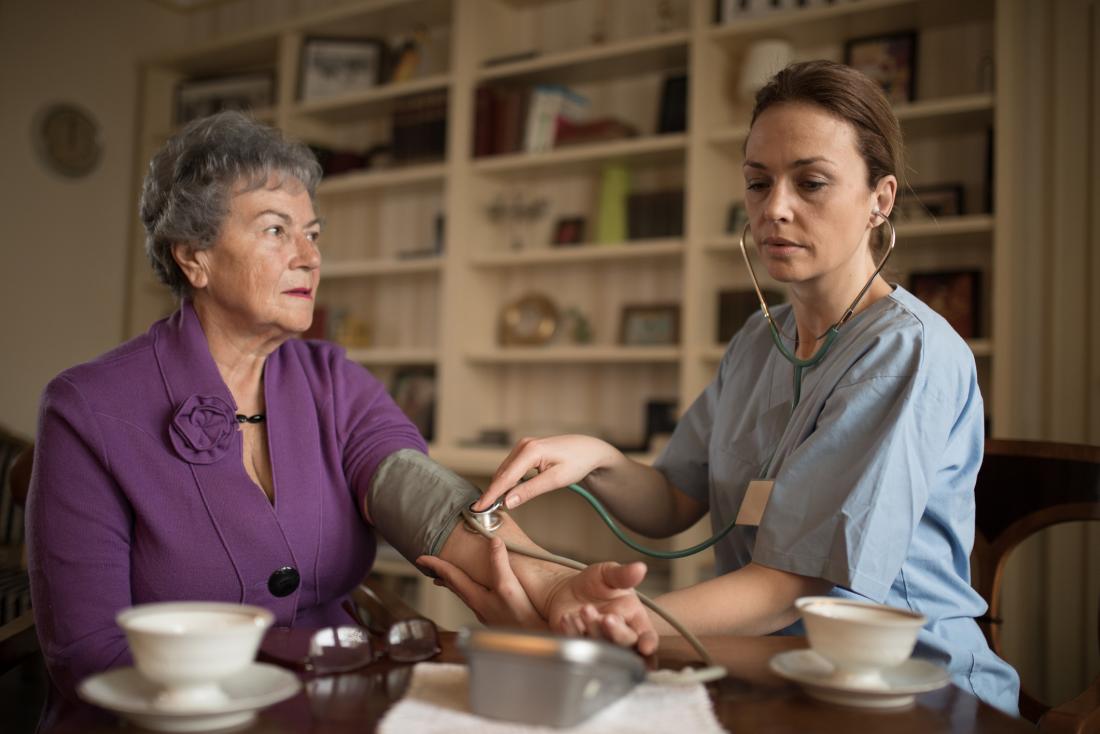 Could blood pressure influence the rate of cognitive decline in Alzheimer’s disease?

A few recent studies have suggested that Alzheimer’s disease and other forms of dementia may have complex links with cardiovascular health.

In 2018, a study published in the journal Neurology found that older individuals with high blood pressure were more likely to have toxic tangles of protein in their brains — a physiological mark of cognitive decline.

And earlier this year, research featured in Acta Neuropathologica suggested that Alzheimer’s disease and cardiovascular risk factors could have a common genetic denominator.

Now, researchers from the NILVAD study group — which involves the participation of several European research institutions — have analyzed evidence that seems to suggest that fluctuating blood pressure has links to a faster rate of cognitive decline in people with Alzheimer’s disease.

The analysis, which appears in the journal Hypertension, looked at data from NILVAD, which is a double-blind, placebo-controlled phase III trial. The trial is looking at whether doctors could use nilvadipine, a hypertension drug, in the treatment of Alzheimer’s.

For the current study, the researchers first analyzed the data of 460 people from the NILVAD trial. The average age of the people was 72, and each had a diagnosis of mild-to-moderate Alzheimer’s disease.

At this point, the team only used the data of participants who had provided blood pressure measurements on at least three different visits to the clinical trial center.

The team found that after 1.5 years, those who appeared to have the highest blood pressure variability showed a faster rate of cognitive decline than those whose blood pressure did not vary so much.

Following this, the researchers also analyzed the data of a subset of 46 participants who had provided daily blood pressure measurements. In this subset, the team found “significant associations” between blood pressure fluctuations and quicker progression of cognitive decline after 1 year.

However, the association was no longer there at the 1.5 years landmark for this group of participants.

“Everybody already knows that it’s important to control blood pressure in midlife to reduce your risk of Alzheimer’s later, but this tells us it’s still important to regulate blood pressure when you already have dementia,” says senior author Dr. Jurgen Claassen, from Radboud University Medical Center in Nijmegen, Netherlands.

Because the current findings presented some inconsistencies, the senior investigator also stresses that “[f]uture research is needed to find out if blood pressure variability is truly causing the dementia to worsen.”

“If that’s true,” Dr. Claassen continues, “medication or lifestyle [changes] might help slow down disease progression. But it could also be the other way around […] that the dementia itself might lead to blood pressure variability, which could be a signal that helps you identify people with Alzheimer’s.”

The researchers also note that the current study faced various limitations, including the relatively small sample size, and the fact that the research was only observational. However, they hope that future studies will be able to build on the current findings and find out which interventions might help people with Alzheimer’s the most.

“Alzheimer’s treatments are limited at this point, and even a small difference in slowing down the disease’s progression can mean a lot. It could be the difference between whether or not a [person] is still able to drive a car and live independently,” says Dr. Claassen.

Does dementia spread gradually and evenly in all directions across the brain, or can it “jump” from one brain area to another? New research helps to settle the question by examining the progression of frontotemporal dementia. Researchers have used MRI scans to improve their prediction of brain atrophy progression in a type of dementia. Frontotemporal […]

There is no link between statin use and memory impairment, researchers have concluded, after evaluating effects of the cholesterol-lowering drugs over 6 years in more than 1,000 older people in Australia. Share on PinterestNew research reinforces the idea that statins are safe for older adults to use. A team from the Garvan Institute of Medical […]

Could dementia and anemia be linked?

A recent study has concluded that people with both higher-than-normal and lower-than-normal levels of hemoglobin have a higher risk of developing dementia as they age. A new paper looks at the link between hemoglobin and dementia risk. Hemoglobin is a protein present in red blood cells. It is responsible for carrying life giving oxygen from […]