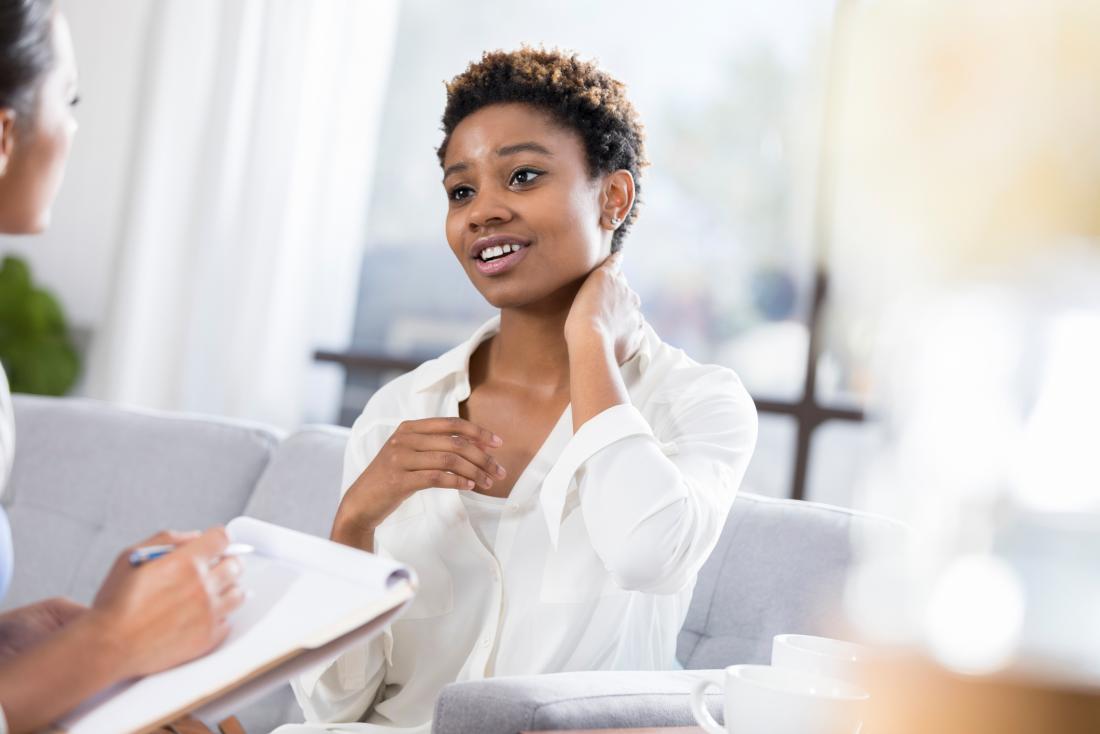 People with fibromyalgia experience pain in many areas of their body.

Fibromyalgia is a chronic condition that affects 2–8 percent of the worldwide population and approximately 4 million adults in the United States. Most of the people living with fibromyalgia are women.

Chronic pain throughout the body is the main characteristic of fibromyalgia. However, many people with the condition often experience a wider range of symptoms, which often have similarities to other conditions.

The fact that the signs and symptoms of fibromyalgia coincide with those of other disorders makes it challenging for doctors to diagnose, and often people living with fibromyalgia “are still sometimes made to feel like it’s all in their head.”

But, new research may have found a way to rectify this. Scientists have managed to detect fibromyalgia in blood samples and differentiate it from other similar conditions.

Kevin Hackshaw, a professor in the College of Medicine at the Ohio State University in Columbus and a rheumatologist at the university’s Wexner Medical Center, led the new research.

Prof. Hackshaw and his colleagues published their study in the Journal of Biological Chemistry.

Test may be ready for use in 5 years

For their research, Prof. Hackshaw and colleagues recruited 50 people with a formal diagnosis of fibromyalgia, 29 people with rheumatoid arthritis, 19 with osteoarthritis, and 23 with lupus. These conditions often co-occur with fibromyalgia.

The researchers analyzed blood samples collected from the study participants using “vibrational spectroscopy,” which is a technique that measures the chemical bonds and energy levels of molecules.

The analysis found patterns that distinguished the blood samples of people with fibromyalgia from those who had related disorders. Moreover, further spectrometry measurements helped the scientists accurately predict the participants’ conditions based on their molecular pattern.

The researchers liken these molecular signatures with “metabolic fingerprints” and say that these findings will soon help develop more targeted treatments for fibromyalgia.

“We found clear, reproducible metabolic patterns in the blood of dozens of patients with fibromyalgia. This brings us much closer to a blood test than we have ever been.”

In fact, Prof. Hackshaw aims to have the test ready for use within 5 years. Luis Rodriguez-Saona, a professor of food science and technology at Ohio State and a co-author on the study, says that the researchers want to examine groups of 150–200 people with each condition to see whether they can replicate the findings in a larger population sample.

Further analyses could also help identify specific proteins that are responsible for fibromyalgia-specific symptoms. “We can look back into some of these fingerprints and potentially identify some of the chemicals associated with the differences we are seeing,” says Prof. Rodriguez-Saona.

The importance of an accurate diagnosis

Prof. Hackshaw stresses the importance of receiving an accurate diagnosis of fibromyalgia, especially since some doctors still need convincing that fibromyalgia is a real condition.

“Most physicians nowadays don’t question whether fibromyalgia is real, but there are still skeptics out there,” says Prof. Hackshaw. Furthermore, some doctors prescribe opioids to people with fibromyalgia, which may worsen the condition and lead to addiction.

“These initial results are remarkable. If we can help speed diagnosis for these patients, their treatment will be better, and they’ll likely have better outlooks. There’s nothing worse than being in a gray area where you don’t know what disease you have.”

Finally, the new findings also suggest that the metabolic fingerprints may offer insights into the severity of the illness in each patient. “This could lead to better, more directed treatment for patients,” says Prof. Hackshaw.

What is the difference between polymyalgia and fibromyalgia?

The term myalgia refers to muscle pain. Both fibromyalgia and polymyalgia cause pain and tension in the muscles, but they differ in their other symptoms, causes, and treatments. Getting a correct diagnosis is key to ensure proper treatment and symptom management. Both polymyalgia and fibromyalgia are more common in women than men. Polymyalgia usually occurs […]

Myalgic encephalomyelitis/chronic fatigue syndrome does not currently have a diagnostic test. But this may soon change, as researchers have developed a test that can predict it with an unprecedented level of accuracy. Extreme exhaustion often characterizes ME/CFS. Currently, myalgic encephalomyelitis/chronic fatigue syndrome (ME/CFS) is estimated to affect more than 1 million people in the United […]