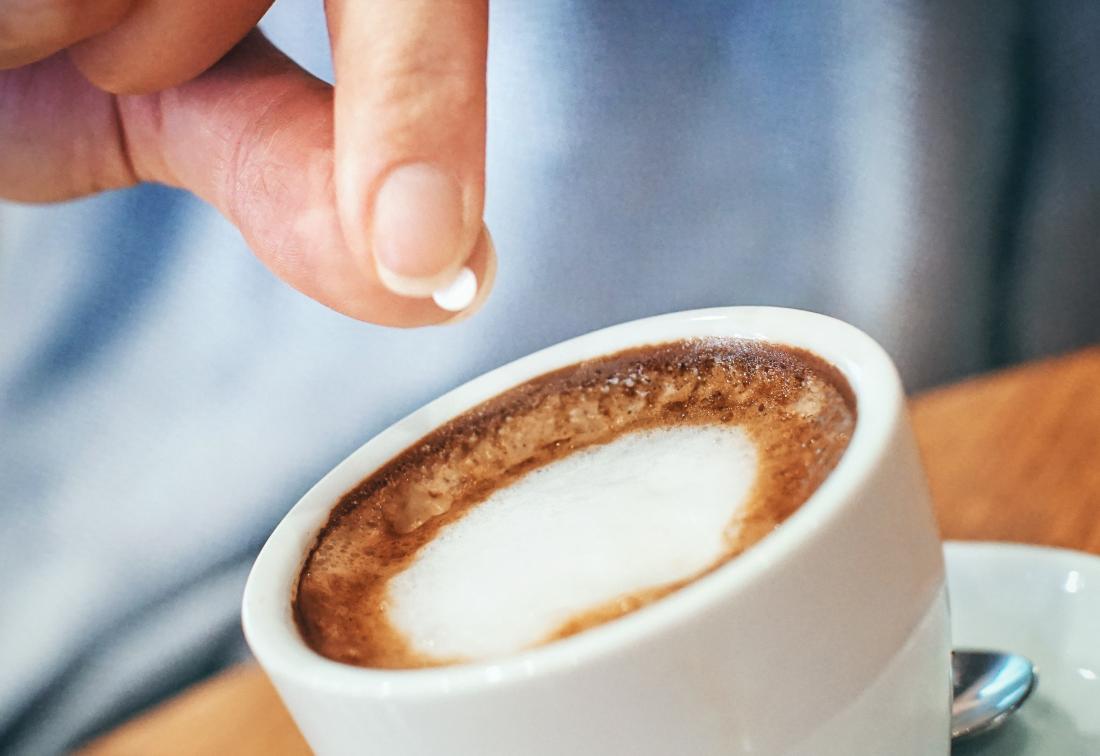 Is aspartame really as safe as official reports claim? Some researchers are unsure.

Aspartame is perhaps the most common artificial sweetener. It is an ingredient in diet soft drinks and sugar free candy, and many people use it as a sugar substitute for sweetening hot drinks.

Often, it is the go-to option for people with prediabetes or diabetes, but for years, it has also been at the center of numerous debates.

Researchers have been going back and forth, discussing whether — and to what extent — this additive is actually safe for health.

In the United States, aspartame is one of the six “high intensity sweeteners” that the Food and Drug Administration (FDA) have approved for use as food additives.

In countries belonging to the European Union, the European Food Safety Authority (EFSA) have confirmed aspartame to be a safe sugar substitute.

Following their first full risk assessment of aspartame in 2013, the EFSA concluded that “aspartame and its breakdown products are safe for general population (including infants, children, and pregnant women).”

The EFSA also advise that the acceptable daily dose of this sweetener is 40 milligrams per kilogram of body weight.

However, a recent appraisal of the EFSA’s 2013 risk assessment report suggests that aspartame may not be nearly as safe as the EU agency concluded. After weighing up the evidence that the EFSA considered, researchers from the University of Sussex in Brighton, United Kingdom, found that existing studies do not support the regular use of aspartame as a sugar substitute.

In their paper, which appears in the Archives of Public Health, Prof. Erik Millstone and Elisabeth Dawson, Ph.D., evaluated the EFSA’s analysis of the specialist literature assessing the safety of aspartame.

After looking at each of the 154 studies that EFSA had assessed, Dawson and Prof. Millstone concluded that the EU agency’s assessment was misleading.

They note that the EFSA panel considered the 73 studies that found that aspartame is potentially harmful to health to be unconvincing. Yet, looking at other evaluations of these studies, the University of Sussex researchers argue that many of those studies were more reliable than some of the research indicating that aspartame was safe.

Moreover, the two investigators express concern that the EFSA panel appeared to set a very low standard for studies that did not indicate any adverse effects of aspartame. The EFSA, note Dawson and Prof. Millstone, even included the results of research that other experts had labeled as “worthless” and “woefully inadequate.”

In their paper, the two authors also refer to the existence of “puzzling anomalies” in the EFSA report, claiming that it makes “inconsistent and unacknowledged assumptions.”

“Our analysis of the evidence shows that, if the benchmarks the panel used to evaluate the results of reassuring studies had been consistently used to evaluate the results of studies that provided evidence that aspartame may be unsafe, then they would have been obliged to conclude there was sufficient evidence to indicate aspartame is not acceptably safe,” says Prof. Millstone.

“This research,” he continues, “adds weight to the argument that authorization to sell or use aspartame should be suspended throughout the EU, including in the U.K., pending a thorough reexamination of all the evidence by a reconvened EFSA that is able to satisfy critics and the public that they operate in a fully transparent and accountable manner, applying a fair and consistent approach to evaluation and decision making.”

Are there conflicts of interest at play?

In 2011, Prof. Millstone submitted a 30 document dossier to EFSA. In it, he explained why he thought that 15 previous studies on aspartame were, in fact, inadequate in their methodology.

However, the EU agency did not forward this dossier to the panel in charge of evaluating the existing specialist literature on aspartame for their consideration. As a result, the researcher now questions the credibility of the EFSA’s findings, suggesting that their proceedings lacked transparency.

“In my opinion, based on this research, the question of whether commercial conflicts of interest may have affected the panel’s report can never be adequately ruled out because all meetings all took place behind closed doors.”

Other researchers, who did not contribute to Prof. Millstone and Dawson’s paper, also cast doubts on the widespread assumption that aspartame is a safe alternative to sugar.

Prof. Tim Lang, from City, University of London, calls the recent paper “both important and timely,” noting that “[t]he global health advice is to reduce sugar intake, yet much of the food industry — especially soft drinks — maintains the sweetness by substituting artificial sweeteners.”

“Millstone and Dawson help expose that strategy for what it is, a continued sweetening of the world’s diet,” he asserts.

How does taurine affect the body?

Soon, the phrase “walking on eggshells” may gain a positive new meaning thanks to researchers from the University of Massachusetts Lowell. In their new study, which they conducted both in vitro and in a rat model, they showed how crushed eggshells could be the way forward in fixing bone damage. Researchers have found an innovative […]

Neither vitamin D nor omega-3 supplements can prevent inflammation