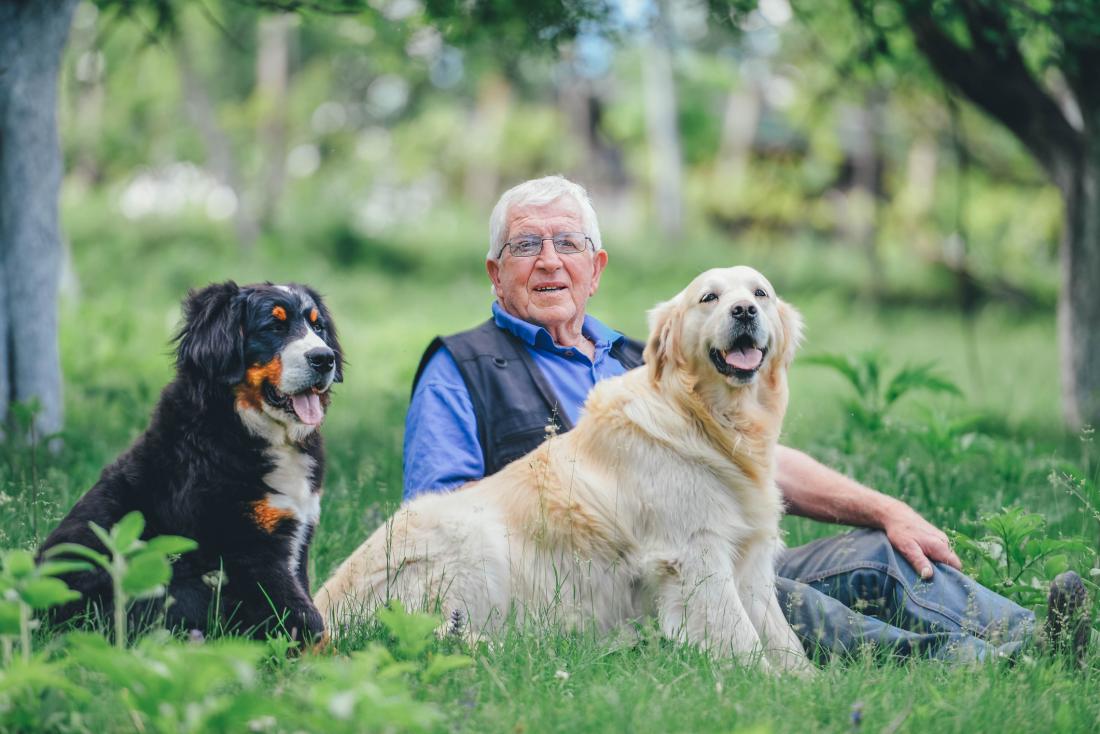 Owning a dog could help prolong the lifespan of a person who has experienced a serious cardiovascular event.

“The findings in these two well-done studies and analyses build upon prior studies and the conclusions of the 2013 [American Heart Association] scientific statement ‘Pet Ownership and Cardiovascular Risk‘ — that dog ownership is associated with reductions in factors that contribute to cardiac risk and to cardiovascular events,” says Dr. Glenn Levine, chair of the writing group that authored this scientific statement.

“Further, these two studies provide good, quality data indicating [that] dog ownership is associated with reduced cardiac and all-cause mortality,” Dr. Levine, who was not involved in this research, adds.

“While these non-randomized studies cannot ‘prove’ that adopting or owning a dog directly leads to reduced mortality, these robust findings are certainly at least suggestive of this.”

Previous research has suggested that people who live with dogs appear to have a much lower risk of both cardiovascular and all-cause mortality, compared with individuals who do not count dogs among their family members.

The two new studies have now found an association between dog ownership and a lower risk of death among individuals who have experienced a heart attack, a stroke, or another cardiovascular problem.

The results of both studies appear in the journal Circulation: Cardiovascular Quality and Outcomes.

Dogs ‘an important factor in rehabilitation’?

The first study — conducted by researchers from Uppsala University and the Swedish University of Agricultural Sciences, both in Uppsala, Sweden — used the Swedish National Patient Register to identify individuals aged 40–85 who had experienced either a heart attack or an ischemic stroke between 2001 and 2012.

In total, this amounted to 344,272 individuals, of whom 186, 421 had experienced a heart attack and 157,851 a stroke within this period. To find out how many of these people owned dogs, the researchers consulted Swedish Board of Agriculture and Swedish Kennel Club records.

The researchers found that in this cohort, people who owned dogs had better health prospects than those who did not.

Specifically, people who had experienced a heart attack between 2001 and 2012 and who owned a dog had a 33% lower risk of death after hospitalization if they otherwise lived alone and a 15% lower death risk if they owned a dog and lived with a partner or child.

The researchers believe that the decrease in death risk for dog owners could be explained by the fact that having a dog forces people to become more physically active.

“We know that social isolation is a strong risk factor for worse health outcomes and premature death,” says Prof. Tove Fall, who co-authored this study.

“Previous studies have indicated that dog owners experience less social isolation and have more interaction with other people. Furthermore, keeping a dog is a good motivation for physical activity, which is an important factor in rehabilitation and mental health,” Prof. Fall explains.

While their results are based on data from a very large cohort, the researchers admit that certain factors may have skewed the findings. Some of these factors the researchers were unable to verify, such as shared ownership of a dog, loss of a dog, or a change of ownership.

Still, “The results of this study suggest positive effects of dog ownership for patients who have experienced a heart attack or stroke,” Prof. Fall notes. “However, more research is needed to confirm a causal relationship and [give] recommendations about prescribing dogs for prevention,” she adds.

She also cautions that these results are not meant to motivate people to buy or adopt dogs as “medicine” without considering what owning a dog really entails.

“Moreover, from an animal welfare perspective, dogs should only be acquired by people who feel they have the capacity and knowledge to give the pet a good life,” Prof. Tove emphasizes.

Dog owners have a 24% lower risk of death

The second study comes from Mount Sinai Hospital, in Toronto, Canada, and it is a systematic review and meta-analysis of 10 studies, collectively featuring data from 3,837,005 people.

Of these studies, nine compared all-cause mortality outcomes for people who did or did not own dogs, and four looked specifically at cardiovascular health outcomes in these demographics.

“As such,” she adds, “the findings that people who owned dogs lived longer and their risk for cardiovascular death was also lower are somewhat expected.”

At the same time, the researcher points out that she and her team were unable to account for some confounding factors, including “better fitness or an overall healthier lifestyle that could be associated with dog ownership.”

“The results, however, were very positive,” she maintains. “The next step on this topic would be an interventional study to evaluate cardiovascular outcomes after adopting a dog and the social and psychological benefits of dog ownership,” Dr. Kramer suggests.

What to know about the BNP test

A brain natriuretic peptide (BNP) test is a type of blood test. Doctors use the BNP family of tests as an indicator of how well the heart is pumping blood around the body. Many doctors find it useful in helping to diagnose or monitor heart failure. Read on to find out more about BNP and […]

People who are easily winded by very light exercise could be at more of a risk for heart disease than others who do not experience the same level of tiredness, recent research finds. Finding light physical exercise exhausting may be a sign of future heart disease, says a new study. The study, appearing in the […]

Microvascular ischemic disease: What to know