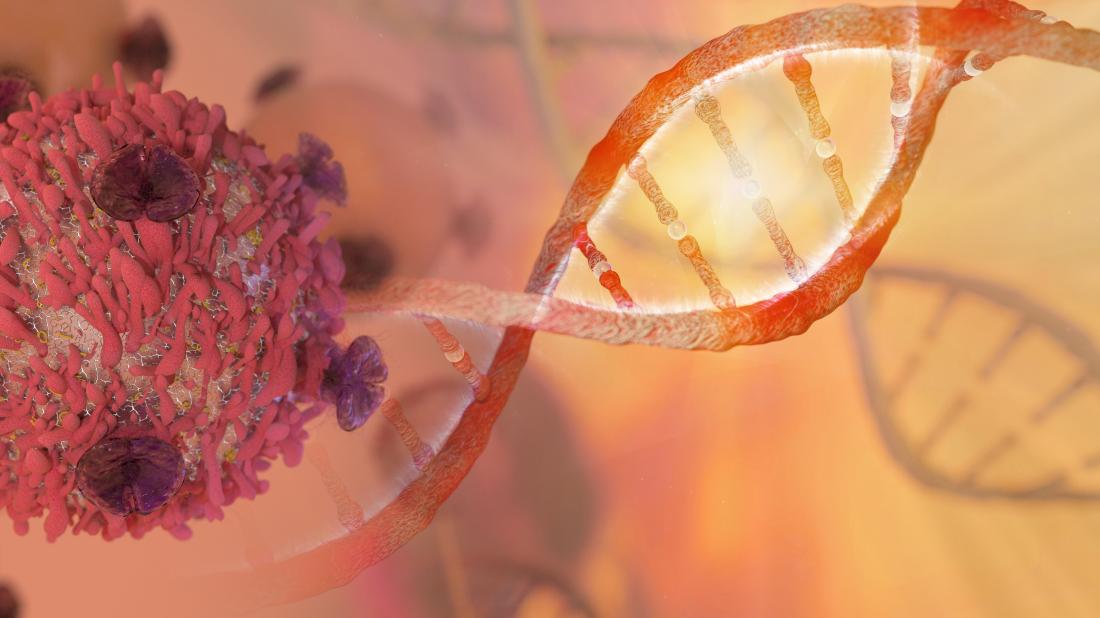 Why are people with Huntington’s disease less likely to be diagnosed with cancer?

In a recent paper published in the journal EMBO Reports, scientists from Northwestern University in Chicago, IL, note exactly how they tested the molecule in human and mouse cancer cells, as well as in mice with ovarian cancer.

“This molecule,” explains senior study author Marcus E. Peter, who’s a professor of cancer metabolism, “is a super assassin against all tumor cells. We’ve never seen anything this powerful.”

He and his colleagues hope that the discovery will lead to a short-lived treatment that can target and destroy cancer cells without triggering the progressive brain damage that occurs alongside Huntington’s disease.

Huntington’s disease is a fatal and inherited disorder that destroys nerve cells in the brain, causing a progressive decline in mental and physical ability. Symptoms will typically emerge between age 30 and 50 and progress over a period that lasts 10–25 years.

There are currently 30,000 people in the United States living with Huntington’s disease, as well as another 200,000 who are at risk of inheriting it.

Faulty gene has too many repeated patterns

There is currently no cure for Huntington’s disease, which arises from a fault in the huntingtin gene. The gene is passed from parent to child. Children with a parent who has the disease have a 50 percent chance of carrying the gene.

The faulty huntingtin gene contains more than a normal number of repeats of a certain sequence of nucleotides in its DNA code. Nucleotides are the “alphabet”of DNA and RNA and there are five of them: A, G, C, T, and U.

The repeated sequences give rise to molecules called small interfering RNAs that attack genes that are important for cell survival, and they trigger a type of cell death that brain cells are susceptible to.

However, it seems that cancer cells are much more vulnerable to this type of cell death, which opens up the possibility of using the process to eliminate cancer cells in a way that does not damage healthy cells.

“We believe a short-term treatment cancer therapy for a few weeks might be possible, where we could treat a patient to kill the cancer cells without causing the neurological issues that Huntington’s patients suffer from.”

The cell death mechanism that is activated by small interfering RNAs was first identified in previous research by Prof. Peter and first study author Dr. Andrea E Murmann, who is a research assistant professor in medicine.

Explaining the reason for the new study, Dr. Murmann says that the researchers wondered whether there might be situations in which the cell death mechanism is “overactive in certain people, and where it could cause loss of tissues.”

“These patients,” she adds, “would not only have a disease with an RNA component, but they also had to have less cancer.”

In a search for diseases with this combination of features — high tissue loss, lower incidence of cancer, and involving RNAs — Huntington’s stood out the most.

Closer examination of the faulty huntingtin gene revealed a similar pattern of repeated sequences of DNA code to that found in the cell death mechanism identified in the earlier study: both were high in C and G nucleotides.

“Toxicity,” Dr. Murmann notes, “goes together with C and G richness. Those similarities triggered our curiosity.”

The team tested the effects of the small interfering RNAs produced by the repeated sequences in human and mouse cancer cells grown from laboratory cell lines.

They tested them in brain, breast, colon, liver, lung, ovarian, and skin cancer cells. The “assassin molecules” killed all the cancer cells from both human and mouse cell lines.

They also tested the molecules’ effects on live mice with human ovarian cancer. The molecules were delivered in nanoparticles that released their cargo when they reached the tumors.

The results showed that the molecules slowed down tumor growth “with no signs of toxicity to the mice,” and also with no evidence that the tumors developed resistance to the treatment.

The team is now working on improving the method so that the nanoparticles can reach the tumors more effectively. The scientists also want to find a way to keep them stable during storage.

Human enzyme may be key to unraveling Alzheimer’s disease

Carcinogens in drinking water could be the cause of more than 100,000 cases of cancer in the United States, according to a recent study. Is tap water safe? New research investigates. Researchers from the Environmental Working Group (EWG) in Washington, DC, used a new approach to analyze cumulative cancer risk due to cancer-causing chemicals in […]