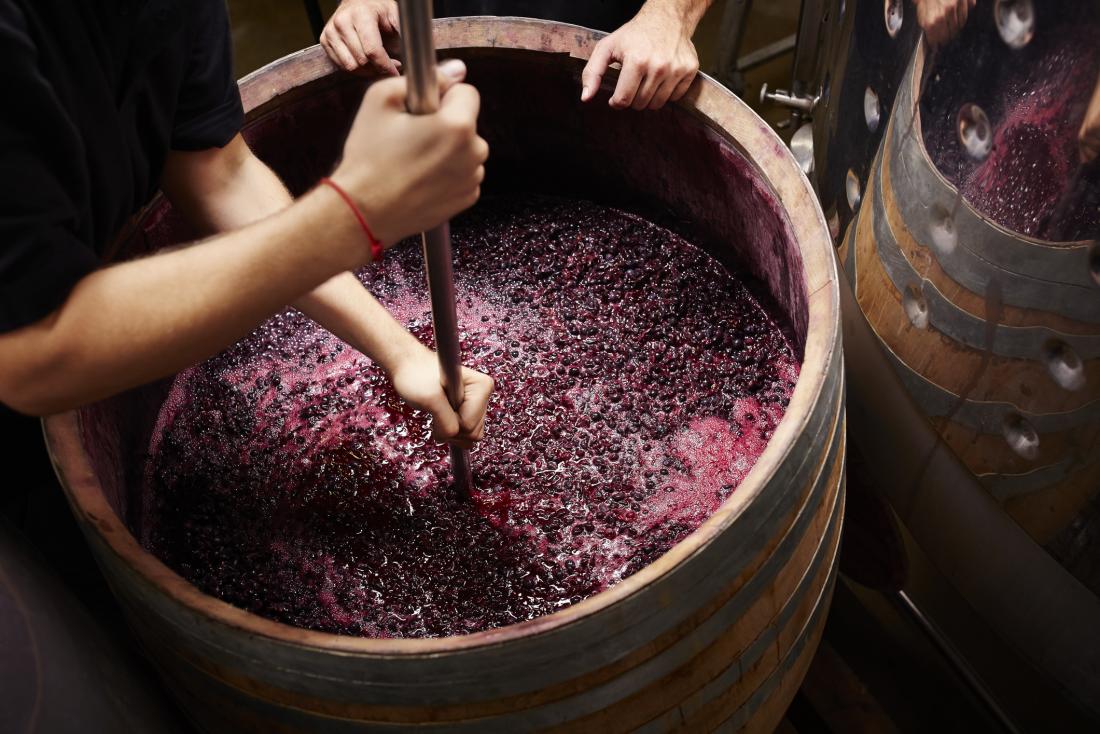 Could a red wine compound be useful in the treatment of depression?

In the United States and further afield, anxiety and depression are substantial challenges.

About 1 in 5 adults in the United States have experienced an anxiety disorder in the past year.

In addition, an estimated 7.1% of adults experienced a major depressive episode in 2017.

Some people who have anxiety or depression may benefit from medications, but they do not work for everyone.

As the authors of the current study write, “only one-third of individuals with depression or anxiety show full remission in response to these medications.”

For this reason, researchers are keen to find new drugs to treat depression and anxiety.

Currently, most of the drugs that doctors prescribe for depression and anxiety interact with serotonin or noradrenaline pathways in the brain.

Researchers are trying to find other possible drug targets, and some have turned to a natural compound called resveratrol.

Resveratrol occurs in the skin of grapes and berries, and, most famously, it is in red wine. Over recent years, it has received an increasing amount of attention from medical scientists.

Earlier studies have shown that resveratrol appears to have antidepressant activity in mice and rats.

The latest study, which appears in the journal Neuropharmacology, takes a closer look at the mechanisms contributing to resveratrol’s antidepressant activity. The researchers also question whether resveratrol might provide the basis of future treatments for anxiety and depression.

The team, from Xuzhou Medical University in China, paid particular attention to the role of phosphodiesterase 4 (PDE4) and cyclic adenosine monophosphate (cAMP).

Why PDE4 and cAMP?

Important in many biological processes, cAMP is a second messenger. These molecules respond to signals outside the cell, such as hormones, and pass the message on to the relevant regions within the cell. The authors of the current study explain:

“Considering that cAMP is a primary regulator for intracellular communication in the brain, it is an attractive target for therapeutic intervention in mental disorders.”

Earlier studies have shown that resveratrol increases levels of cAMP in a number of cell types.

PDE4 is a family of enzymes that break down cAMP, helping regulate the levels of this molecule within cells. Higher levels of PDE4 lead to an increased breakdown of cAMP. Some earlier studies have hinted at the role of PDE4 in depression and anxiety.

For instance, one study showed that inhibiting PDE4 increased cAMP signaling, which reduced anxiety- and depression-like behavior in mice.

The current study used animal models and cultured mouse neurons (similar to those in the human hippocampus) to help explain resveratrol’s effect on rodent behaviors.

The stress model of depression

Experts still do not fully understand what causes depression and why it affects some people but not others.

One theory is called the glucocorticoid hypothesis. The body releases glucocorticoids, which include cortisol, when a person feels stressed. In the short term, these hormones help ready the body for an impending crisis.

However, if the stress lasts for a longer time, glucocorticoids can begin to cause harm.

In this way, some scientists believe that chronic stress damages neurons in the hippocampus, which are particularly sensitive. This damage then paves the way for anxiety and depression.

The authors of the current study were particularly interested in understanding whether resveratrol could reverse the damaging effects of stress and how this might work.

In their study, they found that increased levels of corticosterone (the rodent equivalent of cortisol) produced cell lesions in the brain and increased levels of PDE4D — a member of the PDE4 family that scientists believe to be particularly important in cognition and depression.

They also showed that treatment with resveratrol reversed the increase in PDE4D and reduced the number of cell lesions. Resveratrol also prevented the decrease in cAMP.

In engineered mice that could not produce PDE4D, resveratrol boosted cAMP’s protective effects even further than in mice with functioning PDE4D.

The authors write that “[t]hese findings provide evidence that the antidepressant- and anxiolytic-like effects of resveratrol are predominantly mediated by PDE4D inhibition.”

These findings provide another small piece of the puzzle. Resveratrol, which appears to reduce anxiety and depression in mice, seems to work by inhibiting PDE4D and activating cAMP signaling.

“Resveratrol may be an effective alternative to drugs for treating patients suffering from depression and anxiety disorders.”

Despite Dr. Xu’s excitement, there is little evidence of resveratrol’s ability to fight depression in humans. Although evidence of its effects in animal models is growing, data from clinical trials are lacking.

Also, extrapolating findings from animal studies to humans can be tricky, never more so than when dealing with mental health conditions. Whether animal models of depression are relevant is a hotly debated topic.

However, any step toward a new understanding of the chemical ins and outs of depression and anxiety is beneficial.

It goes without saying, but drinking red wine will not afford you the theoretical benefits of resveratrol. The compound is present in very low quantities and, of course, the alcohol in wine will negate any benefits.

To conclude, we now know more about the molecular mechanisms underpinning resveratrol’s effect on depression and anxiety in mice. We must now await clinical trials to find out whether it can benefit humans too.

Poppers are a liquid drug that can give an instant high when inhaled. Other names for it are amyl nitrate, butyl nitrite, and liquid gold. The effects of poppers appear quickly and include dizziness, warm sensations, an increased heart rate, and headaches. Poppers have a widespread recreational use. The drug can cause euphoric effects and […]

New research concludes that there is not enough evidence to justify the use of medicinal cannabinoids to improve mental health. Share on PinterestNew research questions the benefits of medicinal cannabinoids for treating anxiety or depression. A recent paper on the findings in The Lancet Psychiatry describes how the study, which takes the form of a […]