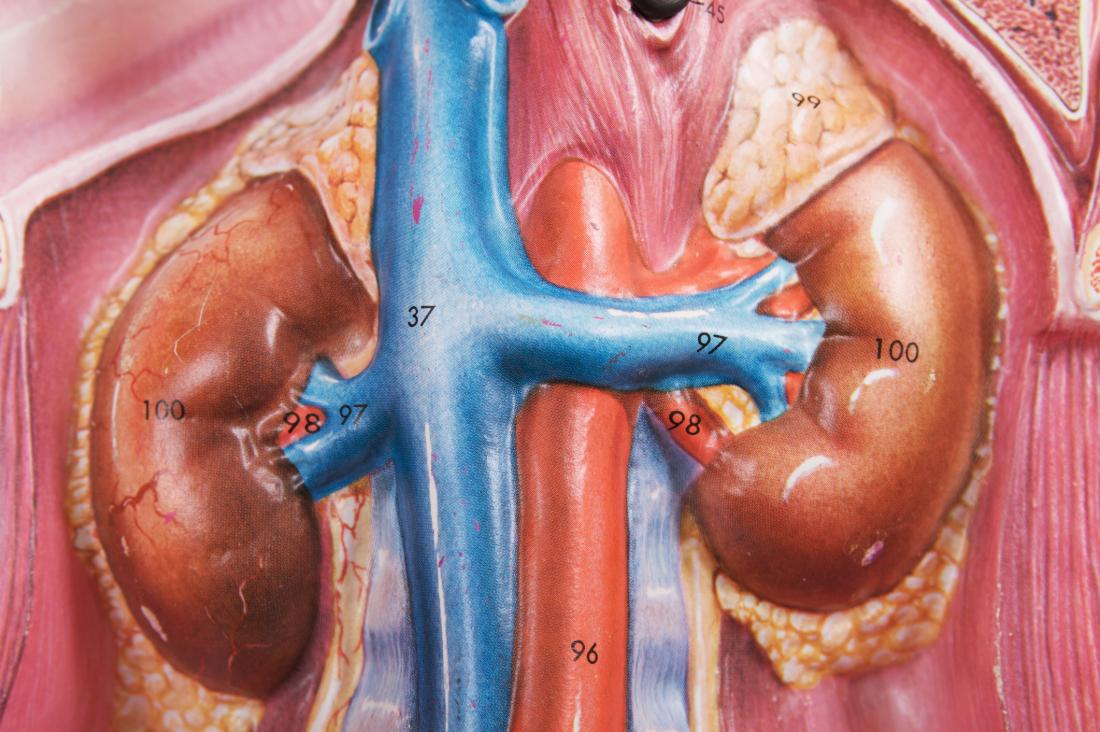 A recent study looks at whether gout influences kidney health.

CKD impacts an estimated 14% of people in the United States.

Researchers have already pinned down a number of risk factors for CKD, including high blood pressure, diabetes, and smoking.

However, as the authors of the most recent study explain, “There is increasing interest by the scientific community in the role of novel risk factors.”

The latest research, published in BMJ Open, investigates the potential role of gout as a risk factor for CKD.

Gout is both surprisingly common and surprisingly painful. It is caused by elevated levels of uric acid in the blood, which is referred to as hyperuricemia.

Over time, uric acid can build up, causing sharp crystals to form in joints, most commonly of the big toe.

Gout, a form of inflammatory arthritis, affects more than 8.3 million people in the U.S.

Gout and the kidney

Earlier studies have identified links between gout and kidney function. For instance, one paper, published in 2012, found that poor kidney function was a risk factor for gout.

Other studies, in animal models, have shown that increased uric acid in the blood has the potential to damage the kidneys.

Previous research has also highlighted a relationship between raised uric acid levels and kidney function. For instance, one study involving people with hyperuricemia found that taking drugs that reduce levels of uric acid also reduced the severity of kidney dysfunction.

Because both gout and CKD are common, understanding how the two conditions interact is important; and despite previous work, no studies have conclusively shown that gout contributes to kidney failure.

To investigate, the researchers drew information from 68,897 adults aged 18 or older with gout in the United Kingdom and compared it with data from 554,964 matched individuals without gout. They followed both groups for an average of 3.68 years.

For the study, they defined advanced kidney disease as the first occurrence of:

The medical community considers creatinine to be a reliable marker of kidney function.

As part of the analysis, the scientists controlled for several factors that might otherwise influence the results, including high blood pressure, diabetes, heart disease, drugs that impact kidney function, smoking status, and alcohol use.

Even after accounting for these factors, the results were significant.

“While we always believed that high levels of uric acid might be bad for kidneys and that patients with gout may have a higher risk of kidney failure, we were quite surprised by the magnitude of the risk imposed by gout in these patients,” explains lead author Prof. Austin Stack from the University of Limerick, in Ireland.

“The results were quite astonishing. […] We discovered that patients who suffered from gout had a 29% higher risk of advanced CKD, compared to those without gout.”

The strongest statistical relationship occurred among individuals with end stage kidney disease, as the authors explain:

“The magnitude of the gout–CKD association was greatest for a diagnosis of [end stage kidney disease], with over a twofold higher risk.”

According to Prof. Stack, “Taken together, the findings from this study suggest that gout is an independent risk factor for progression of CKD and kidney failure.”

This paper is important and adds a new level to our understanding of CKD. Because CKD is so prevalent, understanding the risk factors involved might provide new ways to control it.

The current study has many strengths, including the collection of a vast amount of data. However, the authors do outline certain limitations.

For instance, the authors could only assess whether someone had gout by observing doctors’ diagnoses or registering their use of urate lowering treatments. In reality, gout often goes undiagnosed, so the analysis likely missed some individuals.

Although the scientists accounted for a wide range of factors in their analysis, because the study is observational, there is the possibility that an unmeasured variable plays a pivotal role.

Overall, these findings add to the evidence that uric acid, gout, and kidney health are linked. The authors hope that future work can ascertain whether “adequate control of gout can reduce the risk of CKD progression.”

What is a nephrologist?

Share on PinterestA nephrologist specializes in treating diseases of the kidneys. A nephrologist is a kidney specialist. They can perform diagnostic tests and treat conditions related to the kidneys. Nephrology is a subspecialty of internal medicine. To become a nephrologist, a person should: complete an undergraduate and medical degree complete a 3 year residency in […]

Foods to eat and avoid on a low-purine diet

Healthcare professionals often recommend a low-purine diet for people who have gout, kidney stones, or a similar disorder. The diet involves limiting or avoiding the intake of certain foods and beverages in favor of more healthful alternatives. While a low-purine diet is designed to ease symptoms of certain illnesses, it can also improve general health […]