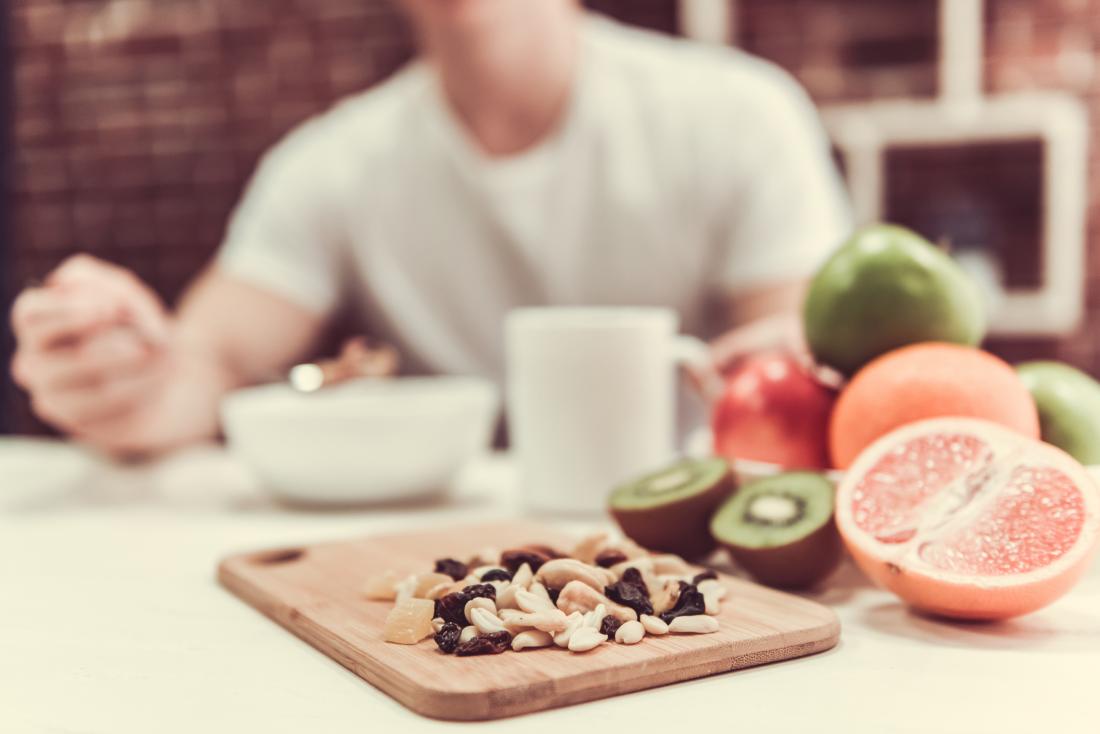 The daily dose of nuts comprised 60 grams (g) — the equivalent of about two handfuls — of almonds, hazelnuts, and walnuts.

The investigators, who hail from research centers in Spain, believe that this is the first study to show that eating nuts can benefit sexual function.

They report their findings in a paper that features in the journal Nutrients.

A 2018 analysis of the trial data had already reported that daily consumption of these nuts appeared to improve sperm quality.

The recent analysis uses the same trial data but focuses on the effect of nut consumption on sexual and erectile function.

The findings suggest that adding nuts to a Western style diet can improve orgasm quality and sexual desire.

The researchers used two sources of data to assess changes in erectile function: participant responses to questionnaires and biomarkers in blood samples.

Erectile dysfunction (ED) is the inability to get an erection and keep it long enough to have satisfactory sexual intercourse. The condition is more likely to affect older men than younger men.

The authors note that although there has been progress in ED research, the findings on primary prevention are largely preliminary.

Lifestyle factors that can raise the risk for ED include smoking, insufficient physical activity, stress, consuming too much alcohol, carrying too much weight, and having an unhealthful diet.

These factors can influence erectile function through their effects on the biology of blood vessels and nerves. To have and maintain an erection, it is necessary to have an adequate supply of blood.

An erection depends on a complex interaction between nerve cells and blood vessels. The process also requires the presence of nitric oxide (NO), a compound that helps muscle tissue in the penis produce and relax an erection.

The effect of diet

Some studies have linked the Mediterranean diet, as well as diets that share some of its features, to a lower risk of ED and sexual dysfunction.

They also refer to a recent study, which showed that eating pistachios can improve erectile function. They suggest that this could be because pistachios, like other nuts, contain “several antioxidants and arginine, a precursor of [NO], a powerful compound that increases vasodilatation.”

The data for the new study came from 83 healthy males aged between 18 and 35 years. All of the men were following a Western style diet, which, in contrast to the Mediterranean diet, is low in fruits and vegetables and high in animal fats.

The participants filled in a standard questionnaire about erectile and sexual function at both the start and the end of the 14-week trial. They also gave blood and sperm samples at these times. In the samples, the researchers measured the levels of NO and the molecule E-selectin as “surrogated markers of erectile endothelial function.”

Compared with those in the control group, the participants who added nuts to their diet showed significant increases in two measures of erectile and sexual function: orgasmic function and sexual desire.

However, between the two groups, there were no significant differences in how much the scores on erectile function, intercourse satisfaction, and overall satisfaction had changed by the end of the study.

In addition, the before and after levels of the two markers of erectile endothelial function — NO and E-selectin — did not significantly differ between the two groups.

They call for further, large-scale studies to confirm their findings and discover the mechanisms that explain why eating nuts might benefit sexual function.

A grant from the International Nut and Dried Fruit Council helped finance the study.

We follow the same old patterns in new romantic relationships

Researchers warn that even when we start a new romantic relationship, we have a tendency to return to the same patterns that we established in previous relationships. But is this good or bad? A bit of both, the researchers suggest. We tend to follow the same relationship dynamics even in new romantic ventures, a new […]

What to know about dry orgasms

MRI-guided transurethral ultrasound ablation (TULSA) is a new tool for the highly accurate treatment of prostate cancer — without the usual side effects. Share on PinterestUltrasound scans guided by real time MRI may improve prostate cancer treatment. Prostate cancer is the second leading cause of cancer death among males. Although the 5 year survival rate […]