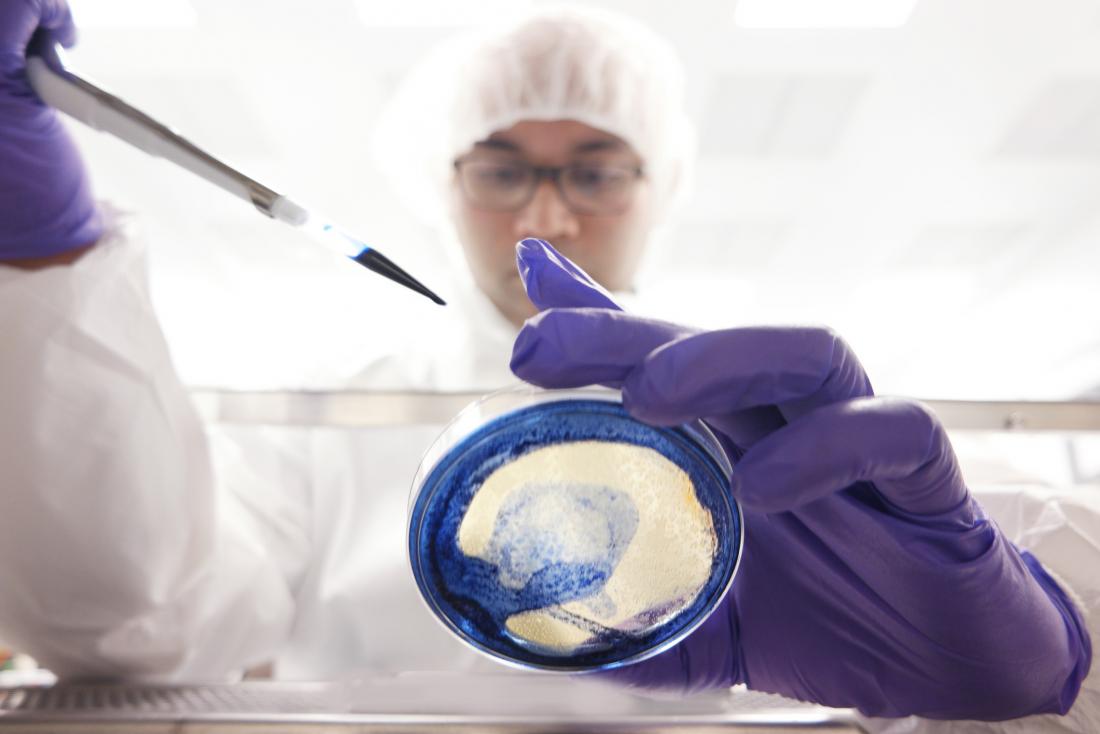 Prof. Gianneschi is speaking of a new strategy that he and colleagues have recently devised for delivering anticancer drugs to tumor sites.

Through this new approach — which the researchers have tested in mice and which they describe in a study paper that appears in the Journal of the American Chemical Society — the team was able to deliver a much higher dose of a common chemotherapy drug to attack cancer cells.

“[The drug] looks like a nice little fatty acid, so the tumor’s receptors see it and invite it in,” Prof. Gianneschi explains. “Then the drug starts getting metabolized and kills the tumor cells,” he continues.

Not only does this new strategy seem to deliver a higher drug dose to the cancer cells more effectively, it also appears to have lower toxicity — and thus fewer side effects — compared with current methods of delivery.

The “Trojan horse” that Prof. Gianneschi and the team developed is a long-chain fatty acid that can bind to drugs at both of its ends. Once it had bound to the selected drug, the compound then “hides” inside human serum albumin, the main protein present in blood plasma.

Human serum albumin is able to carry different molecules, including fatty acids, easily transporting them to different sites around the body.

“It’s like the fatty acid has a hand on both ends: One can grab onto the drug and one can grab onto proteins. The idea is to disguise drugs as fats so that they get into cells and the body is happy to transport them around.”

Because human serum albumin provides many types of cell nutrients, receptors on cells’ surfaces “pick up” this information and “swallow” these various molecules.

Cancer cells are even greedier than healthy cells, as they seek to grow and spread. Thus, cancer cells absorb the nutrients in human serum albumin at a faster rate.

When the albumin also carries hidden anticancer drugs, the cancer cells mistakenly swallow those, too, according to the researchers. But as soon as the cancer cells process the nutrients and the hidden drug, they die.

The researchers found that, in the mouse model, this type of delivery led to the complete elimination of cancer tumors.

Moreover, the team observed that this system allowed them to deliver a 20 times higher dose of paclitaxel, compared with two other drug formulations that had been approved by the Food and Drug Administration (FDA).

And even though the dose was so much higher than usual, the researchers found that the new delivery system was also 17 times safer than other formulations, with fewer potential side effects.

“Commonly used small-molecule drugs get into tumors — and other cells. They are toxic to tumors but also to humans. Hence, in general, these drugs have horrible side effects,” noted Prof. Gianneschi.

“Our goal is to increase the amount that gets into a tumor versus into other cells and tissues. That allows us to dose at much higher quantities without side effects, which kills the tumors faster,” he explains.

The new research offers hope for more effective and safer methods of delivering anticancer drugs to tumors in human patients.

A new study has introduced a promising blood test that health professionals may soon use to accurately detect brain cancer. A simple blood test could make a great difference for those with brain cancer. Dr. Matthew J. Baker, a reader in the Department of Pure and Applied Chemistry at the University of Strathclyde in Glasgow, […]

What to know about the link between diet and cancer

A large study of people living in the United Kingdom found that those who reported having poor oral health, such as sore or bleeding gums or loose teeth, had a 75% higher risk of developing liver cancer. Maintaining good oral hygiene may have implications for the health of our liver, new research suggests. Previous studies […]