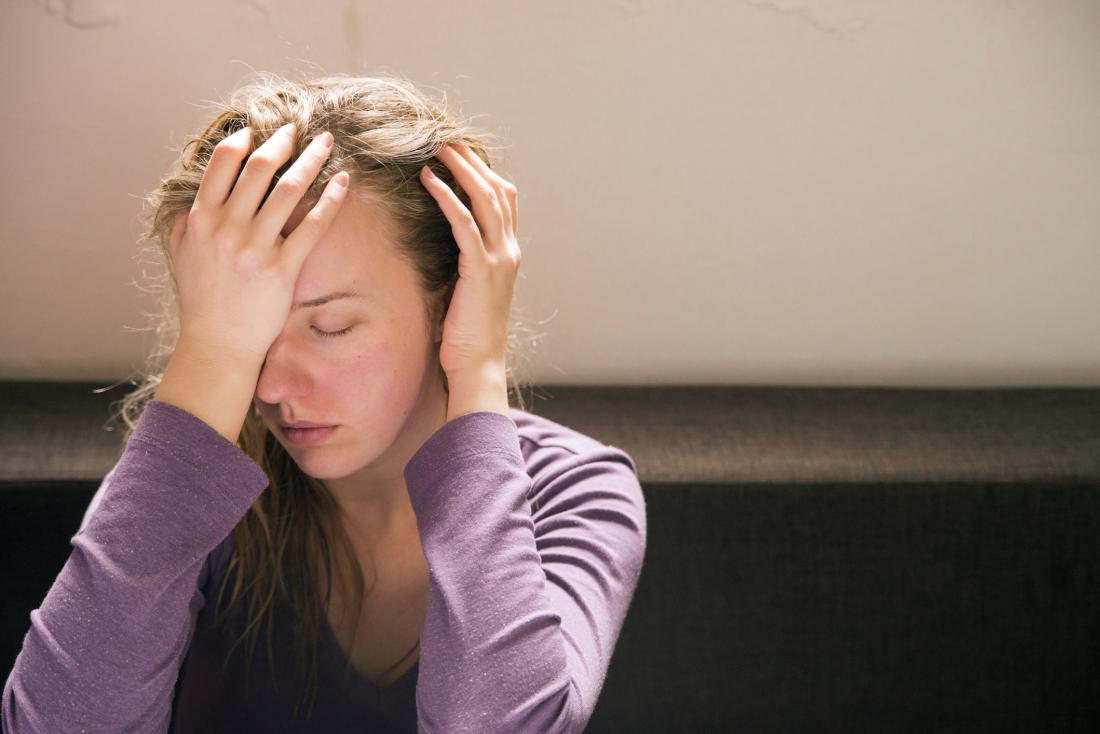 Currently, myalgic encephalomyelitis/chronic fatigue syndrome (ME/CFS) is estimated to affect more than 1 million people in the United States, and up to 24 million people worldwide.

This often debilitating condition is characterized by feelings of extreme exhaustion, muscle and joint pain, and insomnia, as well as difficulty concentrating or remembering things.

The causes of ME/CFS remain unknown, and in the absence of a proper diagnostic test for it, healthcare professionals have to exclude other disorders and examine a patient’s history before they can tell whether a person has ME/CFS or not.

However, this may soon change, as a team of researchers led by those at the Center for Infection and Immunity (CII) at Columbia University’s Mailman School of Public Health in New York City, NY, have engineered a highly accurate test for the disorder.

The researchers detail their findings in a new study recently published in the journal Scientific Reports. Dr. Dorottya Nagy-Szakal, a CII researcher, is the first author of the paper.

Dr. Nagy-Szakal and team examined the blood samples of 50 people with ME/CFS and compared them with those of 50 age-matched healthy controls.

Using a special technique that identifies molecules by measuring their mass, the scientists found 562 metabolites that the ME/CFS patients had in common.

Metabolites are byproducts of the body’s metabolism — that is, its ability to process sugars, fats, and proteins. In the recent research, the scientists excluded metabolites resulting from antidepressants or other drugs.

Laboratory tests carried out by Dr. Nagy-Szakal and team revealed that certain metabolites were altered in a way that suggested that the patients’ mitochondria — which are the tiny organelles inside the cell responsible for turning nutrients into energy — were not functioning properly.

The results are coherent with previous studies led by other researchers, as well as with research carried out by Dr. Nagy-Szakal and colleagues last year.

In 2017, the team found a distinct pattern of metabolites in people who had both irritable bowel syndrome (IBS) and ME/CFS.

Other studies have reported that 35–90 percent of those with ME/CFS also have IBS. And in the new study, half of the ME/CFS patients also had IBS.

Dr. Nagy-Szakal and her colleagues combined biomarkers from both their 2017 study and their new study.

The result was a predictive model with a 0.836 score, which translates into an accuracy rate of 84 percent.

“This is a strong predictive model that suggests we’re getting close to the point where we’ll have lab tests that will allow us to say with a high level of certainty who has this disorder,” explains Dr. Nagy-Szakal.

Corresponding author Dr. W. Ian Lipkin, director of CII and the National Institutes of Health (NIH) Center for Solutions for ME/CFS, also weighs in on the findings, saying, “We’re closing in on understanding how this disease works.”

“We’re getting close to the point where we can develop animal models that will allow us to test various hypotheses, as well as potential therapies. For instance, some patients might benefit from probiotics to retune their gastrointestinal microflora or drugs that activate certain neurotransmitter systems.”

Is fibromyalgia worse in women?

Fibromyalgia is more common in women than men, who may experience symptoms differently. For example, women tend to report higher levels of pain, and they often have additional symptoms, such as heavy or painful menstruation. Fibromyalgia symptoms vary from person to person. Some describe the pain as sharp and shooting, while others report a dull […]

Fibromyalgia: Many may receive wrong diagnosis

Fibromyalgia is a chronic condition that affects millions of people in the United States. However, the authors of a new study now warn that a significant number of people who have received a diagnosis may not, in reality, have this condition. A new study indicates that there may be many incorrect and missed diagnoses of […]

Fibromyalgia and chest pain: What is normal, symptoms, and treatment

Fibromyalgia is a chronic condition. A person will often experience pain, tenderness, and stiffness in many muscles, connective tissues, bones, and joints. While symptoms differ among people, many report intense, sharp, or stabbing pain in the chest and ribcage. When fibromyalgia causes inflammation of the cartilage that joins the upper ribs to the breastbone, it […]