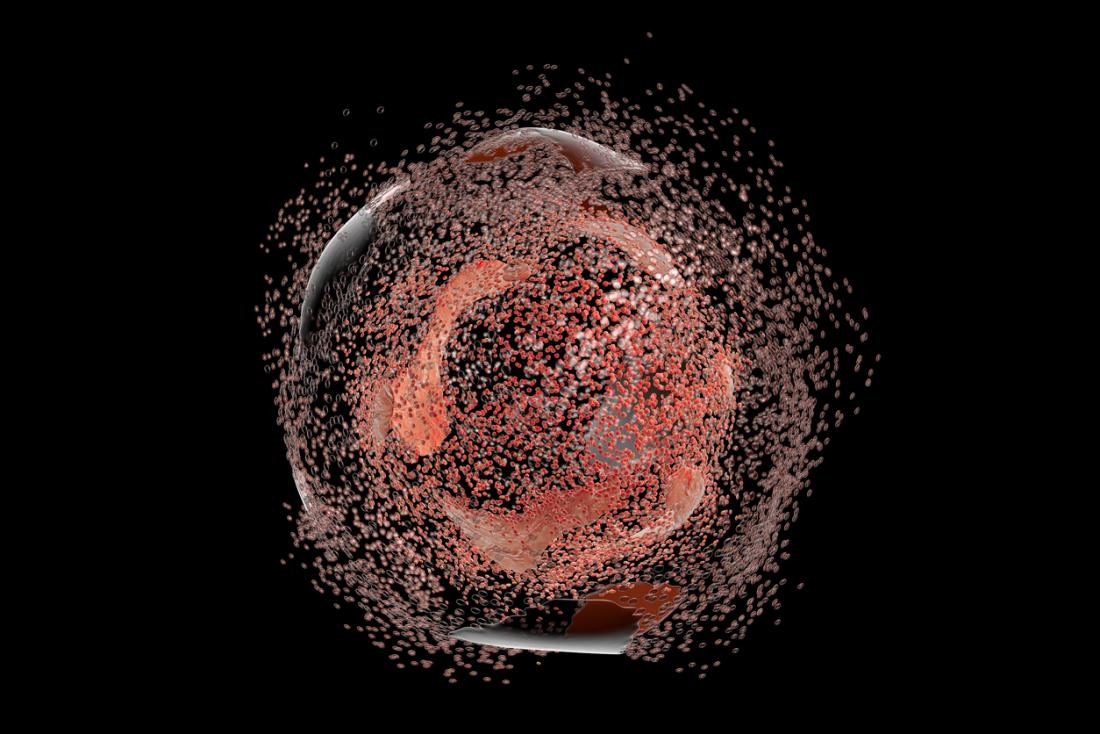 It is now possible to induce cancer cell suicide without damaging healthy cells.

In the journal Cancer Cell, researchers from the Albert Einstein College of Medicine in the Bronx, NY, explain how they tested the molecule, called BAX Trigger Site Activator 1 (BTSA1), on acute myeloid leukemia (AML) cells.

They note that BTSA1 “promptly induces” a type of cell suicide called apoptosis “in AML cell lines and patient samples.”

Apoptosis is an essential process through which the body rids itself of malfunctioning or unwanted cells. For example, as the embryo grows, apoptosis helps to trim excess tissue.

Some chemotherapy drugs activate apoptosis indirectly when they damage DNA in cancer cells.

There is an urgent need for more effective treatments for AML, which is a type of leukemia that kills more than 10,000 people in the United States every year, and whose 5-year survival rate has remained at around 30 percent for decades.

While the study deals specifically with AML, the team believes that the approach might work for other types of cancer.

Prof. Gavathiotis was on the team that, in 2008, first described the structure and shape of the target that the new molecule seeks out.

The new molecule’s target is a site on an “executioner protein” in cells called BAX. When activated, BAX proteins flock to the cell’s power plants, or mitochondria, and punch holes in their membranes, effectively killing the cells.

However, in many cases, cancer cells can evade this effect and survive because they make lots of “anti-apoptotic” proteins that inhibit BAX and the molecules that activate it.

Since that initial discovery of the BAX site, Prof. Gavathiotis and colleagues have been searching for compounds that trigger the executioner protein in a way that overcomes the ability of cancer cells to resist apoptosis.

Using computers, they have screened more than a million compounds to find some that might potentially bind to the BAX site. This effort yielded around 500 promising candidates – many of which the researchers had synthesized themselves.

The team evaluated the candidates and found that BTSA1 was the most powerful activator of BAX. It led to “rapid and extensive apoptosis when added to several different human AML cell lines,” says lead author Denis Reyna, a doctoral student in Prof. Gavathiotis’ group.

When they tested BTSA1 in blood samples from patients with “high-risk” AML, they found that it triggered apoptosis in the AML cells without harming healthy blood-generating stem cells.

‘No signs of toxicity’

The team then tested the effects of BTSA1 in mouse models of AML created by grafting human AML cells into the animals.

They found that mice treated with BTSA1 survived considerably longer (55 days) than untreated control mice (40 days). In fact, 43 percent of the treated mice were still alive after 60 days and showed no traces of AML.

A significant result of the study was that the treated mice showed no signs of toxicity: treatment with BTSA1 spared healthy cells and tissue.

Prof. Gavathiotis suggests that this might be because the cancer cells are “primed for apoptosis.” He and his colleagues found that, compared with healthy blood cells from people without the disease, AML cells from patients had much higher levels of BAX.

“With more BAX available in AML cells,” he says, “even low BTSA1 doses will trigger enough BAX activation to cause apoptotic death, while sparing healthy cells that contain low levels of BAX or none at all.”

The next step will be to investigate the effect of BTSA1 in animal models of other types of cancer.

“Ideally, our compounds would be combined with other treatments to kill cancer cells faster and more efficiently – and with fewer adverse effects, which are an all-too-common problem with standard chemotherapies.”

What to know about tubular carcinoma