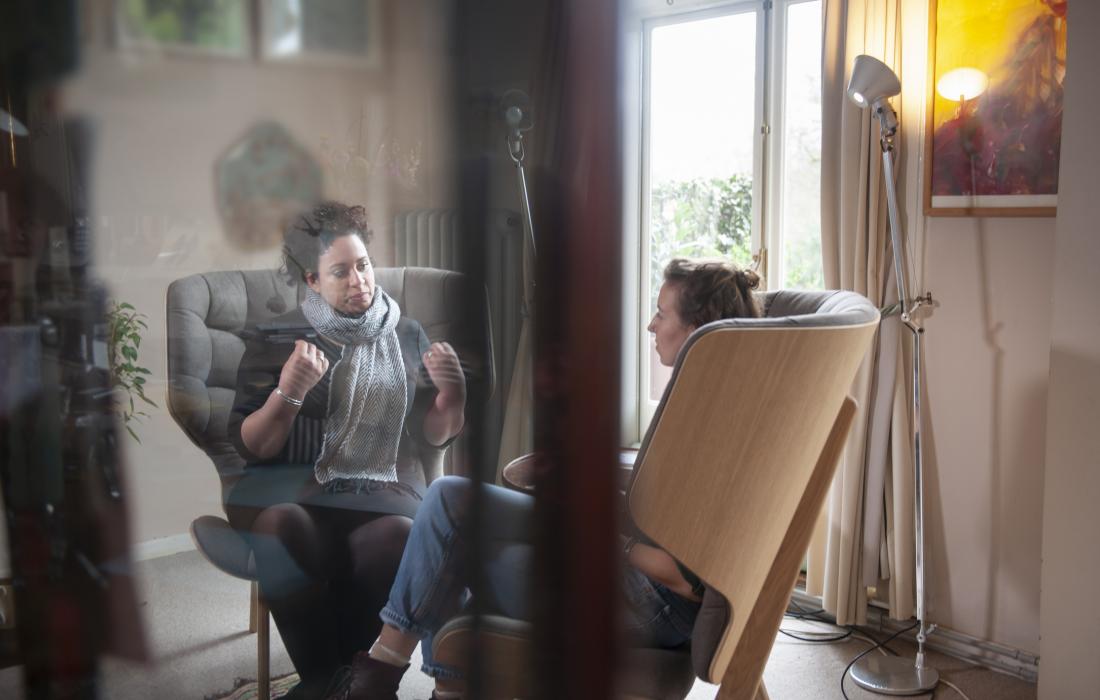 Can magnetic stimulation work where other treatment options do not?

According to the Anxiety and Depression Association of America, as many as 2.2 million adults in the United States live with OCD.

OCD is characterized by compulsive, unwanted thoughts and behaviors that can often impact a person’s daily activities.

According to a study from 2017, people with OCD often have a “significantly impaired” quality of life across the spectrum, so it is crucial to be able to manage this condition by accessing the right treatment.

Healthcare providers usually prescribe antidepressants and psychotherapy for the management of OCD symptoms. However, these approaches are not effective for everyone.

The specialists elaborate on their recent study and its findings in a paper that now appears in The American Journal of Psychiatry.

They are also presenting their findings at the European College of Neuropsychopharmacology congress, which this year takes place in Copenhagen, Denmark.

In deep trasncranial magnetic stimulation, researchers use pulsating magnetic fields to target specific brain areas. In this case, the investigators targeted neurons present in the anterior cingulate cortex and the medial prefrontal cortex — both of which likely play a role in OCD.

The researchers recruited 99 participants with OCD that had not responded to the usual treatment with antidepressants. Then, they split the participants into two groups: one received a sham treatment, and the other received deep transcranial magnetic stimulation.

The experimental therapeutic sessions took place daily over a period of 6 weeks. For deep transcranial magnetic stimulation, the researchers delivered stimuli of 20 Herz.

“An interesting point about this trial is that we deliberately provoked the [participants] for about 5 minutes before each [deep transcranial magnetic stimulation] session,” Dr. Carmi explains. “We did this by tailoring a provocation for each [participant] according to their own specific OCD obsessions.”

“For example, if someone had obsessions about getting contaminated, we exposed [them] to a situation in which these obsessions where aroused, for instance, touching a bathroom’s door handle or the trash can […]. All these exposures were designed for each individual [participant],” he adds.

“The idea,” Dr. Carmi goes on, “is to deliver the treatment when the brain circuitry is aroused and not while the [participant] is thinking about the shopping he needs to do after the session will be over.”

Over 40% response rate after a month

To measure whether or not the novel therapy had been effective, the researchers used the Yale-Brown Obsessive Compulsive Scale questionnaire, which specialists often use to assess symptom severity and treatment response.

The team found that at the end of the 6 week period, 38% of the participants receiving deep transcranial magnetic stimulation saw an improvement in their symptoms. More specifically, they experienced an average symptom severity reduction of over 30%, compared with an 11% improvement in participants who received the sham treatment.

The researchers did record some adverse reactions, however. Around one-third of each group of participants said that they experienced headaches. However, only two participants dropped out of the trial due to the severity of the pain.

“Researchers have tested [transcranial magnetic stimulation] for OCD in the past, but this is the first time we have stimulated this region of the brain and done so while we tailored exposures to each [participant],” says Dr. Carmi.

“In addition, we have done so using a standardized protocol in a multicenter randomized trial (at 11 [sites] in [the] U.S., Canada, and Israel),” he adds. “This means that we have achieved these positive results [despite] the variety of [participants] and variety of clinicians who rated the response.”

“Where the existing treatment works for OCD, it can work well; our method is primarily aimed at those [whose conditions] do not respond to conventional treatment.”

Commenting on the study’s findings, Prof. Jose Menchon — from the University of Barcelona in Spain — emphasizes the importance of this trial, calling it “a very exciting study.” Prof. Menchon did not contribute to this research.

“[D]eep [transcranial magnetic stimulation] allows reaching and modulating deeper brain regions that can be more critically involved in OCD,” adds Prof. Menchon. “[It] may become a useful therapeutic strategy if these positive results are confirmed in further studies.”

If you lie to someone, you may find it more difficult to tell what that other person is thinking or feeling. This is the main takeaway of a new study that examines the ‘unintended consequences of dishonest behavior.’ Even a minor dishonest deed can impair our ability to read others’ emotions, new research finds. Whether […]

What are the real zombies?

Zombies have become staple figures of popular culture, and the zombie apocalypse is a trope that features in many books, movies, and TV series. But are there actual, real cases of zombiism in nature? Read this special feature to find out. Share on PinterestAre there any real cases of zombification? We investigate. Zombie. The walking […]

New research in mice suggests that exposure to a biodiverse soil may improve mental health by raising levels of a bacterium with anxiety-relieving effects. Share on PinterestExposure to biodiversity may have anxiety-relieving effects by altering our gut bacteria, new research in rodents suggests. Intuitively, we know that living in excessively polluted, built-up areas cannot be […]