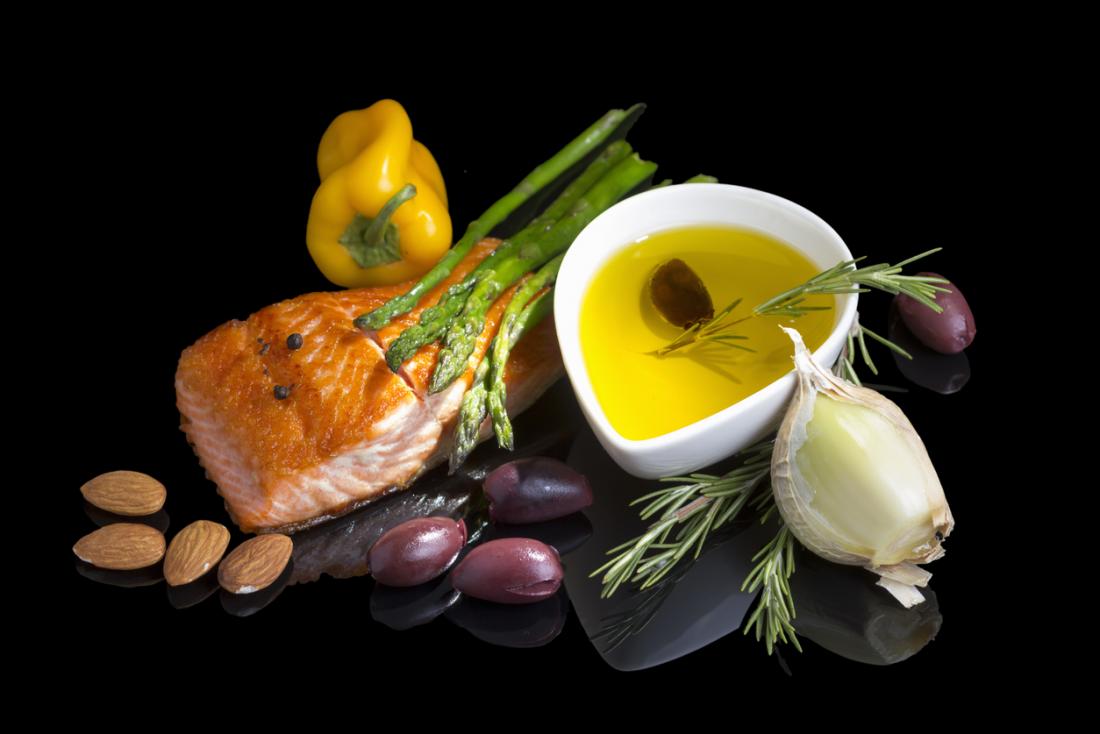 New research suggests that foods rich in omega-3, such as fish, garlic, nuts, and flaxseed oil, may help to keep our guts healthy.

Omega-3 fatty acids are essential fatty acids, which means that although we need them to stay healthy, the human body cannot produce them on its own – so we have to get them from food.

The benefits of a diet rich in omega-3s are well known. The fatty acids seem to lower the “bad” kind of cholesterol, lower high blood pressure, and improve overall cardiovascular health.

Some studies have also suggested that omega-3 can reduce symptoms of rheumatoid arthritis and improve bone strength, as well as protect against age-related cognitive decline and dementia.

And now, researchers from the University of Nottingham’s School of Medicine, in collaboration with scientists from King’s College London – both in the United Kingdom – add to the long list of omega-3’s benefits.

The new study – led by Dr. Ana Valdes, an associate professor and reader at the University of Nottingham – suggests that the compound can improve the biodiversity of the gut.

A gut with rich and diverse bacteria is key to our overall health. As we explain in one of our articles, the 38 trillion bacteria that live inside our guts keep our immune systems healthy and ready to fight.

Conversely, losing microbial diversity has been associated with irritable bowel syndrome and bowel cancer, to name just a few conditions.

“The human gut is receiving a lot of attention in medical research as it is increasingly linked to a wide variety of health issues,” explains Dr. Valdes.

“Our digestive systems are home to trillions of microbes, most of which are beneficial in that they play a vital role in our digestion, immune system, and even regulate our weight,” she says.

So, Dr. Valdes and colleagues set out to examine the link between omega-3 intake and the diversity of the gut’s bacteria in middle aged and senior women.

How omega-3 may improve gut health

The researchers analyzed levels of DHA, which is a type of omega-3 fatty acid, as well as total omega-3 serum levels and microbiome data from 876 twins.

“This cohort of 876 volunteer women had previously been used to investigate the human genetic contribution to the gut microbiome in relation to weight gain and disease,” says Dr. Valdes.

Dr. Valdes summarizes the findings, saying, “We […] found [that omega-3 intake], together with […] serum levels of omega-3, were strongly associated with the diversity and number of species of healthy bacteria in the gut.”

The association was independent of whether or not the participants also had a diet rich in fiber.

First study author Dr. Cristina Menni, of King’s College London, adds, “We also found that specific bacteria that have been linked to lower inflammation and lower risk of obesity are increased in people who have a higher intake of omega-3 fatty acids.”

In an attempt to understand the mechanism behind this association, the researchers performed further tests and found that “high levels of omega-3 in blood […] correlated with high levels of a compound called N-carbamylglutamate (NCG) in the gut.”

“[NCG] has been shown in animals to reduce oxidative stress in the gut. We believe that some of the good effects of omega-3 in the gut may be due to the fact that omega-3 induces bacteria to produce this substance.”

“Our study is the largest to date to examine the relationship between omega-3 fatty acids and the composition of the gut microbiome,” says Dr. Valdes.

Is diet soda bad for you? Know the health risks

What are the signs of not eating enough?

Which foods are beneficial for a healthy gut microbiome?

New research finds an association between healthy bacterial compositions and certain dietary patterns and food groups. What is more, the findings suggest that “diet is likely to become a significant and serious line of treatment” for conditions such as Crohn’s disease, ulcerative colitis, and irritable bowel syndrome. New research examines different food groups and their […]