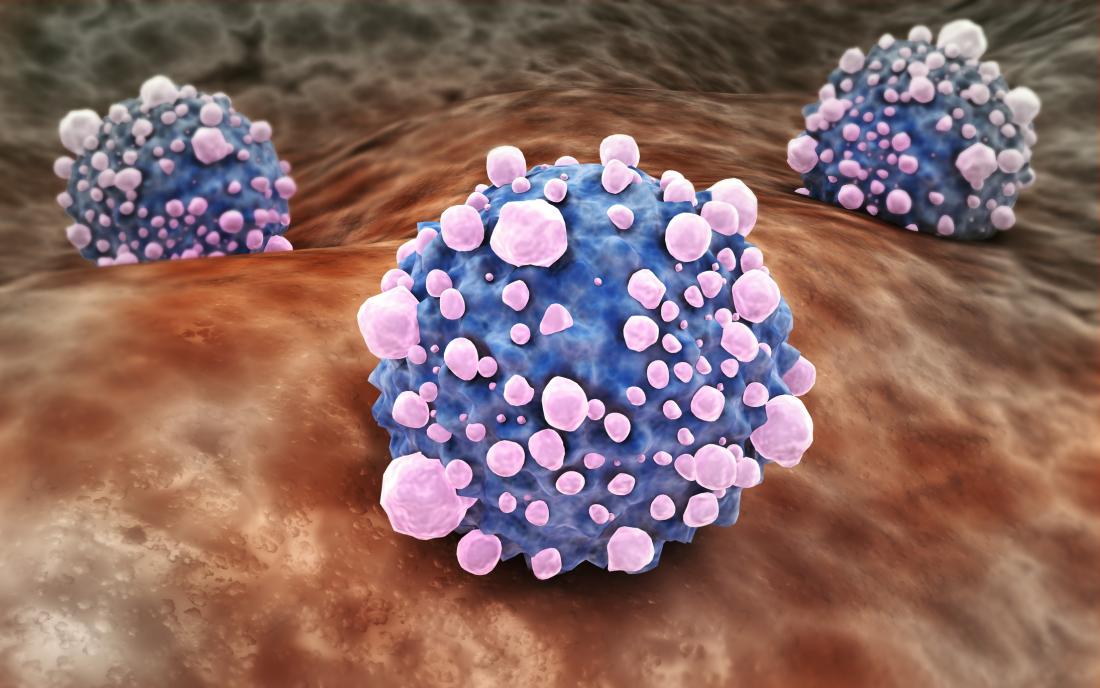 Pancreatic cancer is one of the most aggressive forms of cancer.

Most of the time, the condition has already progressed to an advanced stage by the time doctors diagnose it.

According to some estimates, the average 5-year survival rate for pancreatic cancer is around 8%.

Often, the cancer silently spreads to other organs before detection, which can lower the survival rate to 3%.

However, not all pancreatic cancers metastasize. New research aimed to investigate why some pancreatic tumors spread while others remain confined to the pancreas.

Paul Timpson — head of the Invasion and Metastasis Laboratory at the Garvan Institute of Medical Research in Darlinghurst, Australia — led the new research together with Thomas Cox, who is the leader of the Matrix and Metastasis Group at the same institute.

Timpson and Cox set out to compare the tissue around the tumors in pancreatic cancers that had metastasized with that of those that hadn’t. This tissue bears the name of “matrix,” and its role is to hold various cells together.

Using a mouse model, the researchers examined subtypes of fibroblasts associated with cancer and the way they interacted with pancreatic cancer cells. Fibroblasts create collagen and are a key part of building the extracellular matrix.

Timpson, Cox, and their colleagues looked at cancer cells that had different mutations in the gene TP53. This is the gene that encodes the tumor suppressor protein p53.

They have published the results of their investigation in the journal Nature Communications.

“What we discovered is a previously unknown set of matrix molecules that aggressive pancreatic cancer cells use to shape the tissue around them, in order to both protect them from chemotherapy and enable easier escape around the body,” says Cox.

A “key component of this prometastatic environment,” the research revealed, is a protein called perlecan. Perlecan binds several growth factors, as well as matrix components including collagen, together.

To further elucidate the role of perlecan in promoting tumor spread, the researchers used a mouse model of aggressive pancreatic cancer and edited the rodents’ genes so that they have less perlecan.

Depleting perlecan made the tumors more vulnerable to chemotherapy and stopped the tumors from spreading. This prolonged the survival of the mice.

Furthermore, the researchers believe that cancer fibroblasts use perlecan to “educate” the environment around them, helping cancer cells spread faster.

“This means that in a growing tumor, even a small number of aggressive metastatic cells — a few bad apples — can help increase the spread of other, less aggressive cancer cells.”

Therefore, the study authors suggest that perlecan and the environment surrounding the tumor are valid targets in the fight against pancreatic tumors.

“Most cancer therapies today aim to target cancer cells themselves. The environment of tumors is a potential untapped resource for cancer therapy and one which we intend to explore further,” says Timpson.

“We believe that there would be important benefit in targeting the fibroblasts of a tumor in combination with targeting the cancer cells themselves with chemotherapy,” adds Vennin.

“If we can specifically target the aggressive fibroblasts in [people] harboring precise genetic changes, we can make them more susceptible to our currently approved treatments, which would significantly change how we treat this aggressive cancer,” she concludes.

New research in mice has found that the immune system does not respond equally well at different times of the day. This suggests that the body clock may influence mechanisms related to immunity. Body clocks can affect the effectiveness of immune responses, according to a recent study. Circadian rhythms, which people commonly refer to as […]

Clostridioides difficile is a form of bacteria that typically infects patients in hospital environments after they have received antibiotic therapy that has upset the bacterial balance in their guts. New research explains how this bacterium is evolving and suggests new ways forward in prevention and therapy. C. diff. may have evolved in line with the […]

Can we blame procrastination on our genes?

People often assume that procrastination is a choice and that the personality trait — which sees people delay necessary tasks — is a sign of laziness. However, new research suggests that genes may play a role. A new study explores the genetic roots of procrastination. Previous research has associated both biological and psychological factors with […]