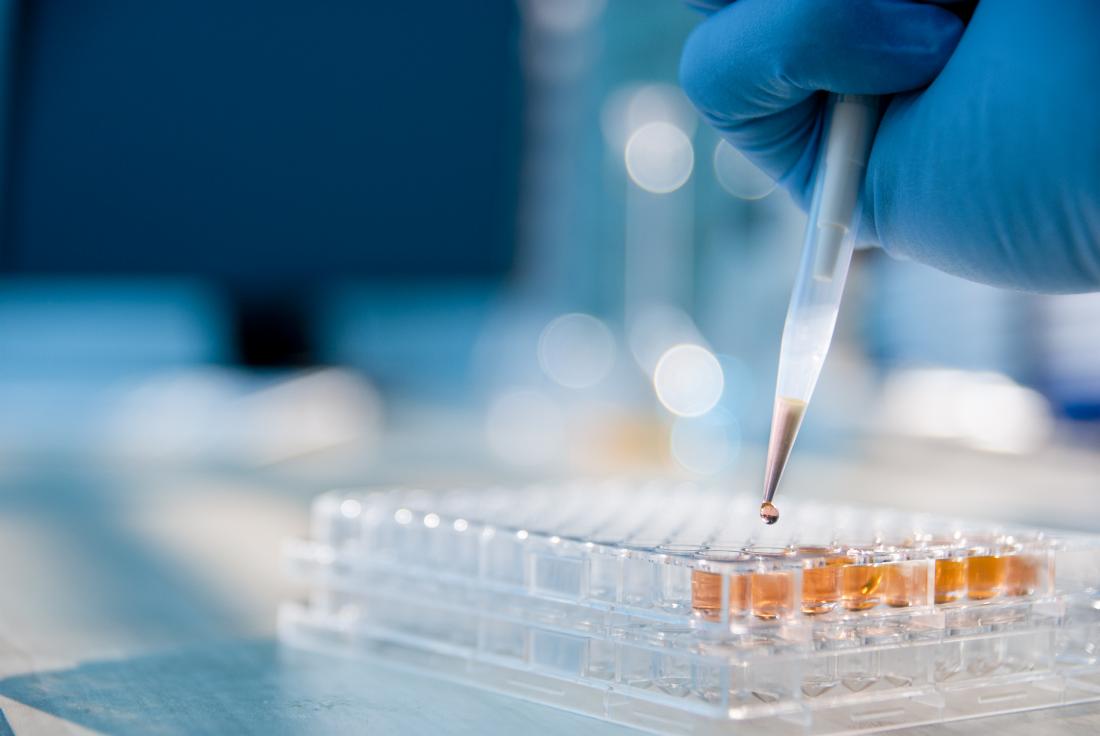 Researchers have now identified a protein that is a very promising therapeutic target for pancreatic cancer.

According to estimates by the National Cancer Institute (NCI), doctors will find 55,440 new pancreatic cancer cases in the United States in 2018 alone — these making up 3.2 percent of all new cancer diagnoses.

Pancreatic cancer tumors tend to be highly resistant to therapy, and the 5-year survival rate following treatment for this type of cancer is only 8.5 percent.

However, emerging research from the University of Texas MD Anderson Cancer Center in Houston may lead to the development of treatments that will be able to destroy pancreatic cancer cells effectively.

The study, led by Dr. Rosa Hwang, suggests that researchers should look toward a type of scar tissue — the stroma — that surrounds tumors and interacts with tumor cells to locate a better therapeutic target.

Dr. Hwang and team conducted a study of pancreatic cancer, using mouse models, which indicated that they could block the growth of cancer cells by targeting a protein produced by tumor stroma.

The researchers’ results appear in the journal Science Translational Medicine.

The protein that protects cancer tumors

For the most part, pancreatic stellate cells make up tumor stroma, and researchers believe that it may help protect cancer tumors. This may be because stroma is very dense, but it could also be due to specific properties of stromal cells.

Moreover, DKK3 is present at high levels in pancreatic ductal adenocarcinoma, the type of pancreatic cancer that doctors most commonly diagnose.

The protein’s activity, Dr. Hwang explains, appears to facilitate the growth of cancer cells, as well as support metastasis and protect the tumors against therapy.

In their study in mice, the researchers were able to silence the problematic protein by developing a DKK3-blocking antibody that prevents it from interacting with cancer cells — or any immune cells in the tumor’s environment.

By doing this, the investigators managed to block tumor growth in the mice and extend the animals’ lives.

“Pancreatic cancer has a dismal prognosis, and it is unclear if its stromal infiltrate contributes to its aggressiveness,” says Dr. Hwang, adding, “We demonstrated that DKK3 is produced by [pancreatic stellate cells] and is present in the majority of human pancreatic cancer.”

When they assessed DKK3 expression in human pancreatic cancer tumors, the researchers concluded that at least two-thirds of the people diagnosed with this type of cancer had moderate or high levels of this protein.

In fact, DKK3 levels were 4.5 times higher in people with pancreatic cancer than in healthy cancer-free individuals.

All of these results suggest that DKK3 is a very promising therapeutic target for pancreatic cancer. A newly developed anti-DKK3 drug, Dr. Hwang says, could work on its own, or doctors could administer it in a chemotherapy or immunotherapy combo.

“Our study shows that a more effective strategy may be to inhibit specific tumor-promoting mechanisms attributed to [pancreatic stellate cells], such as DKK3,” she concludes.

New research suggests that targeting a particular cell signaling pathway with the diabetes drug metformin might offer a way to stop the progression and spread of pancreatic cancer. Share on PinterestPancreatic cancer kills more than 44,000 people in the U.S. every year. The study — which was led by Rutgers Cancer Institute of New Jersey […]

Floating poop is rarely a cause for concern. In many cases, a person might not be able to identify a cause for their floating poop. As long as there are no other symptoms and their stool returns to normal over time, it is not usually necessary to see a doctor. Some possible causes of floating […]

Pancreatic cancer is a type of cancer that unfortunately has some of the lowest survival rates. A new study in mice suggests that one substance could help address this problem: cannabidiol, a naturally occurring cannabis compound. Share on PinterestResearchers look to cannabidiol in the hope of improving survival rates for people with pancreatic cancer. According […]