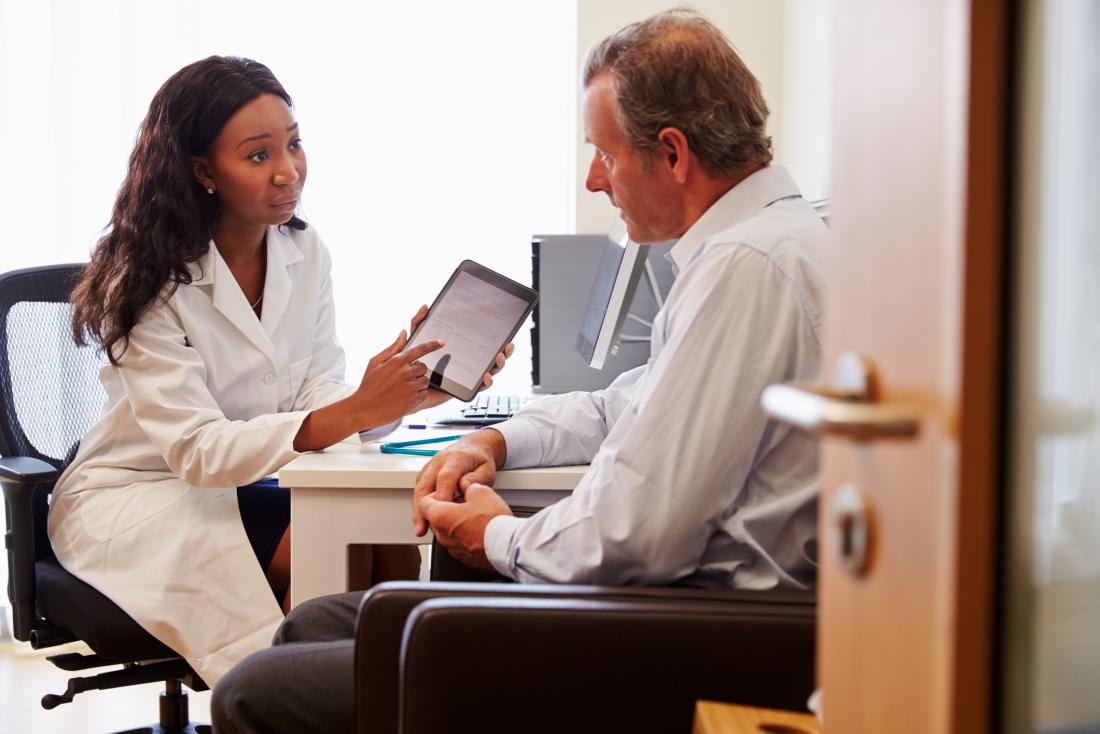 These are some examples of the roles that biological sex plays in Parkinson’s disease and for which the evidence is increasing.

It appears that not only does the experience of Parkinson’s disease differ between males and females but that there could be differences in the underlying biology.

Understanding the sex-related differences among people with Parkinson’s disease could help doctors tailor treatments more effectively and improve patient care, says a team of scientists from the Laboratory of Cellular and Molecular Neurobiology at the IRCCS Mondino Foundation, in Pavia, Italy.

To this end, they have summarized the latest knowledge about sex-related differences in Parkinson’s disease in a recent review that features in the Journal of Parkinson’s Disease.

In their review, he and colleagues take a look at how the clinical features, risk factors, biological mechanisms, and responses to the treatment of Parkinson’s disease differ, based on biological sex.

Parkinson’s disease is a condition that affects movement, walking, balance, and muscle control, and it gets worse over time.

Other symptoms may include changes in thought processes and behavior, difficulty sleeping, depression, fatigue, and memory problems.

Parkinson’s disease develops because neurons, or nerve cells, in the brain area that controls movement become damaged and die. Death of these neurons reduces levels of dopamine, a chemical that helps the brain to control movement.

Age is a clear risk factor for Parkinson’s. The disease affects around 3% of the population by the age of 65 years and up to 5% of those past the age of 85 years, note the authors.

Between 1990 and 2016, the number of people worldwide living with Parkinson’s disease more than doubled to 6.1 million, according to a 2018 study.

The main reason for the increase is likely to be the growth in numbers of older people, with environmental factors and longer duration of the disease also contributing.

The motor, or movement-related, symptoms of Parkinson’s disease tend to emerge earlier in males than in females.

Tremors, accompanied by falls, together with pain-related conditions with specific features such as unstable posture and reduced rigidity, are more likely to be among early symptoms in females.

Risk of movement complications resulting from treatment with levodopa to raise dopamine levels is also higher in females.

In contrast, males tend to experience more severe problems with posture. Although freezing of gait develops later than in females, males are at a higher risk of camptocormia, a condition in which the spine bends forward when walking and standing.

Ongoing research that is investigating other aspects of postural changes is also looking into sex differences.

A study of more than 950 people found that certain nonmotor Parkinson’s disease symptoms were more common in females and affected them more severely. These symptoms include: restless legs, depression, fatigue, pain, constipation, weight change, loss of smell or taste, and excessive sweating.

Other investigations have shown that the reduction in mental capacity that can occur with Parkinson’s disease tends to be worse in males.

These have demonstrated, for example, that males with Parkinson’s are more likely to develop mild cognitive impairment (MCI) and experience greater progression of it in the later stages of the disease. MCI is a condition that often precedes dementia.

Other differences among the sexes

The new review also covers the following areas in its summary of differences among males and females with Parkinson’s disease:

The reviewers suggest that, because of distinct differences in the clinical features and risk factors of the disease, it is likely that the development of Parkinson’s involves different biological mechanisms in males, compared with females.

A notable sex-related difference in Parkinson’s disease concerns the impact of female hormones, such as estrogen, which seem to protect neurons.

The fact that males and postmenopausal females have similar risks of developing Parkinson’s disease would appear to support this: Their levels of estrogen are lower than those of premenopausal females.

“Sex hormones act throughout the entire brain of both males and females and sex differences are now highlighted in brain regions and functions not previously considered as subjected to such differences, opening the way to a better understanding of sex-related behavior and functions,” says first study author Silvia Cerri, Ph.D.

She refers to evidence that suggests that age-related deterioration of glial cells, which support neurons, may contribute to the onset and progression of Parkinson’s disease.

“Since estrogens have anti-inflammatory properties, their actions throughout the lifespan could partially account for sex-related risk and manifestation of [Parkinson’s disease].”

Average IQ: What is it?

Schools have historically used IQ scores in the placement of students on programs or to identify students with mental difficulties. However, IQ scores and tests are no longer the only measure of a person’s cognitive ability or potential. Nowadays, IQ scores are somewhat controversial, as cultural and environmental factors may also play a role in […]

Can a blood pressure drug protect the brain from Parkinson’s?

A prescription drug already in use for the treatment of high blood pressure could be effective against conditions such as Parkinson’s, Alzheimer’s, and Huntington’s, in which toxic proteins build up in brain cells. Scientists could repurpose felodipine to prevent Parkinson’s disease. Scientists at the University of Cambridge in the United Kingdom and the Guangzhou Institutes […]