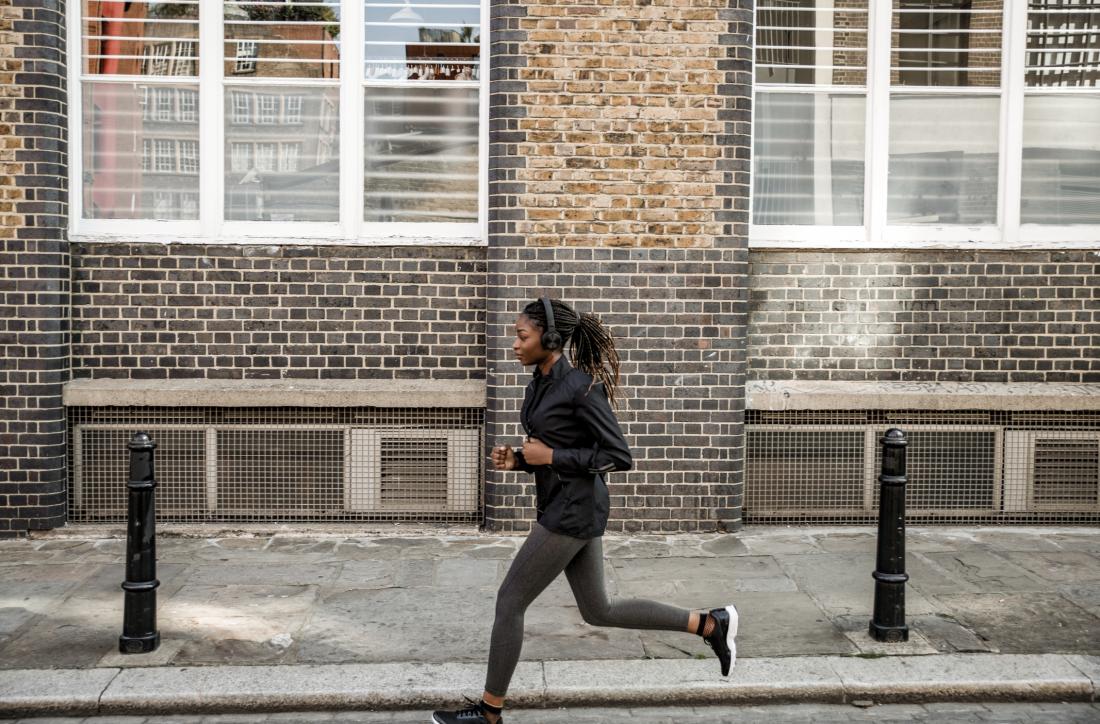 It is not uncommon for a gastroenterologist to discover one or more adenomatous polyps during a routine colonoscopy. While these polyps are not cancerous, doctors consider them to be cancer precursors.

Although about half of people aged 60 years or older have them, just 6% of the polyps become cancerous, and surgical removal prevents this from happening.

Nonetheless, most colon and rectal cancers do begin with polyps, so their presence can be worrying. However, there may be ways to prevent colorectal polyps.

A new study that featured recently in the British Journal of Cancer links a lifetime of exercise with a significantly reduced risk of developing polyps.

“The links between physical activity, adenomas, and colorectal cancer are well understood,” says Leandro Rezende, one of the study’s authors, “but this is the first study to demonstrate the cumulative effects of physical activity starting in adolescence on the incidence of colorectal adenoma.”

The link between exercise and adenomas

The study comes from researchers at the University of São Paulo’s Medical School (FM-USP) in Brazil, who collaborated with colleagues from Harvard University in Cambridge, MA, and other medical facilities in the northeast United States.

The authors’ conclusions rely on the analysis of data that they collected from 28,250 U.S. nurses who participated in the Nurses’ Health Study II.

Starting in the late 1980s and continuing until 2011, the nurses provided information every 2 years about their health, detailing any illnesses and habits such as smoking, as well as their hormone use, pregnancies, and menopausal status.

In 1997, the researchers added questions that asked the subjects about their lives from the ages of 12 to 21 years.

According to Rezende: “They answered questions on home-school commute times and methods and on moderate physical activity, such as walking, as well as more intense exercise, such as gym classes, swimming, and other sports. This enabled us to estimate the level of physical activity during their adolescence.”

By the time the survey ended in 2011, the nurses were also answering lifestyle questions that allowed the researchers to collect information on how active or inactive they were as adults.

What the study found

The Nurses’ Health Study II required all of the participants to undergo at least one sigmoidoscopy or colonoscopy so that the researchers could track occurrences of adenomatous polyps.

After adjusting for other cancer risk factors, such as smoking, poor diet, alcohol, and family history, the authors of the new study were able to see a few clear associations:

“The reduction is actually similar in each case,” says Rezende, which suggests that “there is a cumulative effect of physical activity as life goes on.”

“Whether it’s during adolescence or adulthood, the more physical activity we get, the lower the risk of developing adenoma in adulthood becomes.”

Finally, the researchers were also able to draw a surprising conclusion regarding the development of larger, advanced polyps specifically: Being active in both adolescence and adulthood reduced the occurrence of these polyps by 39%.

Colorectal cancer is one of the most common types of cancer, with an estimated 145,600 people likely to receive a diagnosis in 2019 in the U.S. alone.

People over 50 years of age have typically been more likely to develop this cancer, but it is now appearing more often in younger people.

FM-USP’s José Eluf Neto explains, “We don’t know if this is because more people are being diagnosed or undergoing colonoscopies or whether early exposure to risk factors, such as a sedentary lifestyle, may be driving the earlier incidence of colorectal adenoma or cancer.”

The researchers’ conclusions, in any event, reveal a welcome and previously unconfirmed benefit of being active at a young age: It reduces the risk of developing colorectal cancer later on in life.

The team also notes that it is not just a case of adding adolescent activity to adult activity to determine the benefits. Their total cumulative effect turns out to be much greater than the sum of their parts.

What is Lynch syndrome?

Study zeroes in on gut bacteria that may cause bowel cancer

Scientists have identified a certain type of gut bacteria that may raise the risk of bowel cancer by up to 15%. The research method used in the new study indicates that these gut bacteria may likely play a causal role in the development of this form of cancer. Share on PinterestScientists have homed in on […]

A new study of recent trends in colorectal cancer in the United States confirms that rates among those under the age of 50 years are rising. The findings also reveal that diagnoses of colorectal cancer in younger adults are more likely to be of advanced disease. New research finds that the rate of young people […]