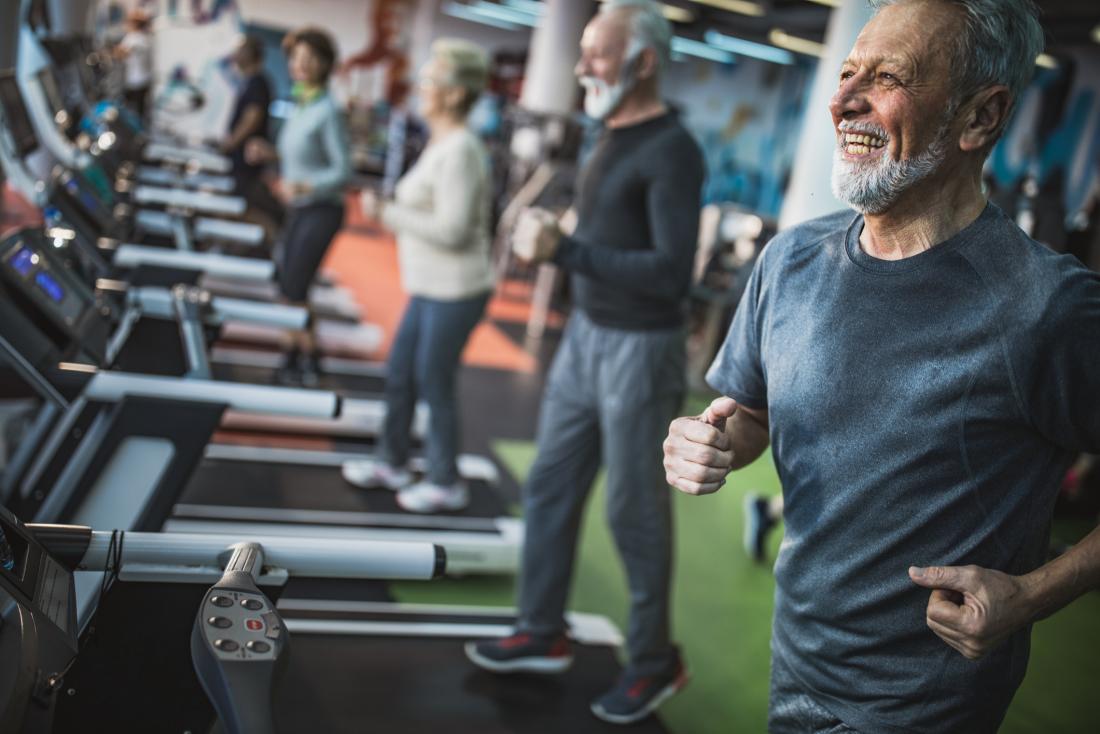 Physically fit people may be at lower risk of developing some types of cancer.

Working with the Henry Ford Health System in Detroit, MI, researchers from Johns Hopkins School of Medicine in Baltimore, MD, saw how the fittest adults had the lowest risk of lung and colorectal cancer.

Their analysis also linked higher fitness before diagnosis to better survival among those who did develop lung or colorectal cancer.

The study used data on 49,143 health system patients who had undergone exercise stress tests of fitness between 1991 and 2009.

The researchers believe that this is the first time that such a study has included women and covered such a large proportion of individuals who were not white.

“Our findings,” says first study author Dr. Catherine Handy Marshall, who is an assistant professor of oncology at Johns Hopkins School of Medicine, “are one of the first, largest, and most diverse cohorts to look at the impact of fitness on cancer outcomes.”

Need to study impact of fitness on cancer

Around half a million people living in the United States today have received a diagnosis for lung cancer at some time during their lives, according to figures published online by the American Lung Association.

According to 2016 figures, deaths to the disease have fallen by 6.5% since they peaked in 2005. However, lung cancer remains the leading cause of cancer deaths in the U.S.

The American Cancer Society (ACS) state that colorectal cancer is the third most common cause of cancer deaths in the U.S.

The ACS estimate that around 145,600 people in the U.S. will receive a diagnosis of colorectal cancer in 2019, and that the disease will be responsible for 51,020 deaths.

Cardiorespiratory fitness offers an objective way to assess people’s “habitual physical activity.” It is also a useful measure for diagnosing and predicting health.

Most people can improve their cardiorespiratory fitness with regular exercise. Also, there is “convincing evidence” that moderate and high levels of fitness can reduce men and women’s risk of death from all causes and cardiovascular causes.

Yet, as Dr. Handy Marshall and her colleagues point out, there is little information on the relationship between cardiorespiratory fitness and risk and survival in lung and colorectal cancer.

Their study participants, aged 40–70 years old, did not have cancer when they underwent fitness assessments. The assessments had measured cardiorespiratory fitness in metabolic equivalents of task (METs).

Over a median follow-up of 7.7 years, the investigators retrieved information on cancer incidence from links to the cancer registry and on deaths from the National Death Index.

For the analysis, the team put the participants in groups according to the METs value of their stress test: 6 METs and under, 6-9 METs, 10-11 METs, and 12 METs and over.

The investigators found that the fittest individuals (with a METs score of 12 and over) had a 77% lower risk of developing lung cancer and a 61% reduced risk of developing colorectal cancer compared to the least fit (6 METs and under).

In their analyses, the researchers adjusted the results to remove the effects that other factors, such as sex, race, age, body mass index, diabetes, and smoking, might have on the relationship. And, in the case of colorectal cancer, they also adjusted the results for aspirin and statin use.

The results also revealed that among individuals diagnosed with lung cancer or colorectal cancer, those with the highest level of cardiorespiratory fitness had a reduced risk of dying during the follow-up of 44% and 89% respectively.

As the study was not of a design that can draw such a conclusion, the team could not say that improving fitness actually reduces risk and improves survival in these cancers. It remains for other studies to pursue this question.

Dr. Handy Marshall remarks that it is now common for doctors to measure cardiorespiratory fitness as part of clinical assessments.

“Many people might already have these results and can be informed about the association of fitness with cancer risk in addition to what fitness levels mean for other conditions, like heart disease.”

What is Lynch syndrome?

New research suggests that the greatest pollutants of office air are humans, who unwittingly carry and disperse unhealthful volatile compounds by wearing deodorant — and even by breathing. Share on PinterestHow do humans negatively affect office air quality? There is a lot of concern about the negative effects of air pollution on health. Exposure to […]

Can this food additive turn our gut bacteria against us?

Titanium dioxide nanoparticles make up a common additive — E171 — used as a coloring agent in many products. So far, the additive’s safety has been a matter of debate, but new research in mice has found evidence that it could render the gut more susceptible to disease. A common food additive in white cake […]