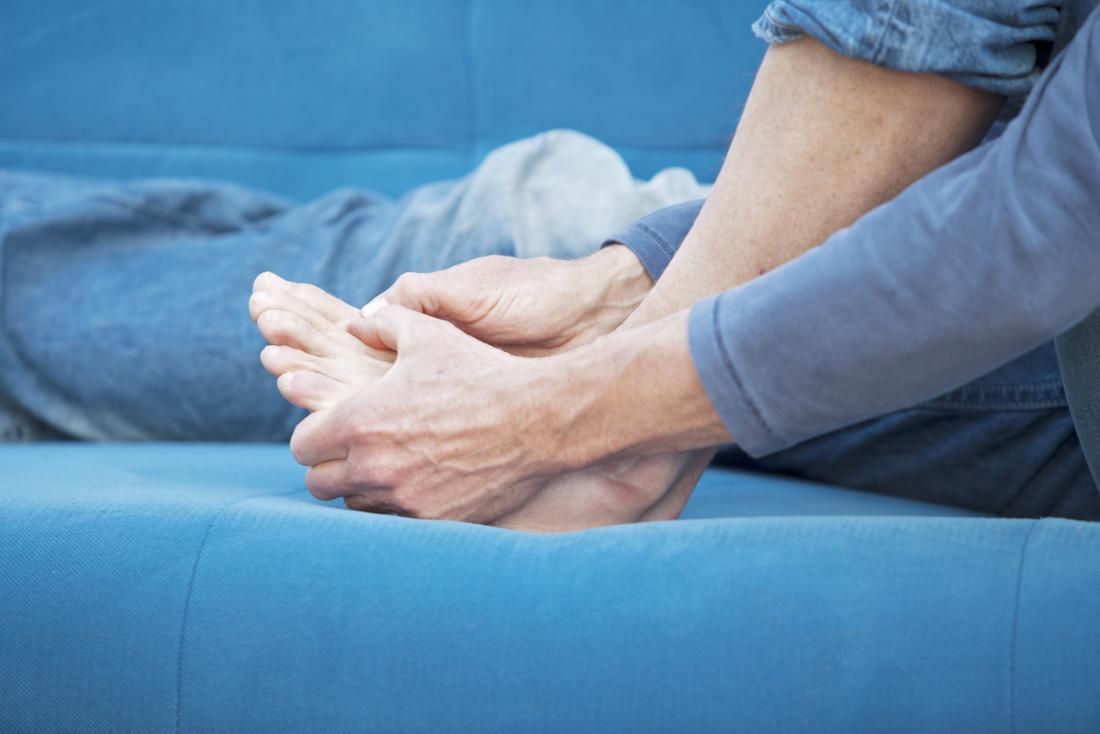 A recent study has shown that a diet rich in vegetables, fruits, and nuts can reduce a person’s risk of gout.

The study – by a team that includes members from Harvard Medical School in Boston, MA, and Arthritis Research Canada in Richmond, BC – is published in The BMJ.

Gout is a painful condition that affects the joints – primarily those in the big toe, although it can also affect other joints and areas around them.

It is a type of arthritis that occurs when there is too much of the waste product uric acid in the blood (a condition known as hyperuricemia), causing the body to deposit it as “needle-like crystals” in the joints.

As the uric acid deposits accumulate, they cause the joint to become inflamed, red, and stiff, giving rise to bouts of intense, intermittent pain.

In their study paper, the researchers note that the prevalence of gout in the United States and the United Kingdom has risen over recent decades to reach 3.9 percent and 3.2 percent of adults, respectively.

The authors also cite evidence supporting that many people who have gout also have other conditions. For example, 74 percent of patients with gout also have high blood pressure, and 63 percent have metabolic syndrome.

It is known to lower blood pressure and is recommended for the prevention of heart disease.

Recent research shows that the DASH diet reduces uric acid in the blood, and the team wondered if this means that it might also lower the risk of gout.

Thus, they decided to use data from the Health Professionals Follow-up Study to examine the link between diet and gout risk by comparing the DASH diet with a Western diet – which is typically high in red and processed meats, refined grains, French fries, sweets, and desserts.

The team analyzed data on 44,444 men aged between 40 and 75 years who had no history of gout at the start of the study. The men were followed from 1986 to 2012, during which time they filled in detailed food questionnaires at study baseline and then every 4 years.

DASH diet linked to reduced risk of gout in men

When they analyzed the 26 years of follow-up data, the team found that a higher DASH score was tied to a lower risk of developing gout, whereas a higher Western pattern score was linked to a higher risk.

The team found that the links were not affected by other known risk factors for gout, including age, body mass index (BMI), high blood pressure, coffee intake, and alcohol intake.

The authors explain that as their study was observational, it is not possible to draw conclusions about whether the DASH diet causes the reduction in gout risk. However, what they can say is that it does not contradict the idea, and they conclude:

Learn how a ketogenic diet may alleviate the symptoms of gout.

Gout is a form of inflammatory arthritis that causes pain and discomfort, often in the toes, ankles, and knees. There is no cure for gout, so a combination of medications and home remedies can help keep gout in remission. Gout occurs when the body builds up too much uric acid. This acid is a by-product […]

Gout: Why the stigma?

To some, gout sounds like a medieval condition consigned to the history books; the name has an almost comical ring to it. In reality, gout is incredibly painful and surprisingly common. Here, we ask why no one is talking about gout. People rarely discuss it, but gout can significantly affect quality of life. Gout is […]

Chronic and progressive nature of gout if left untreated

Emeritus professor of medicine, Elisio Pascual, at the Miguel Hernández Univeristy (UMH) in Elche and former head of the Rheumatology Unit at Alicante University Hospital has published a research paper presenting previously unknown data that contribute to our understanding of gout as a crystal deposition disease. The study, “Mechanisms of crystal formation in gout – […]