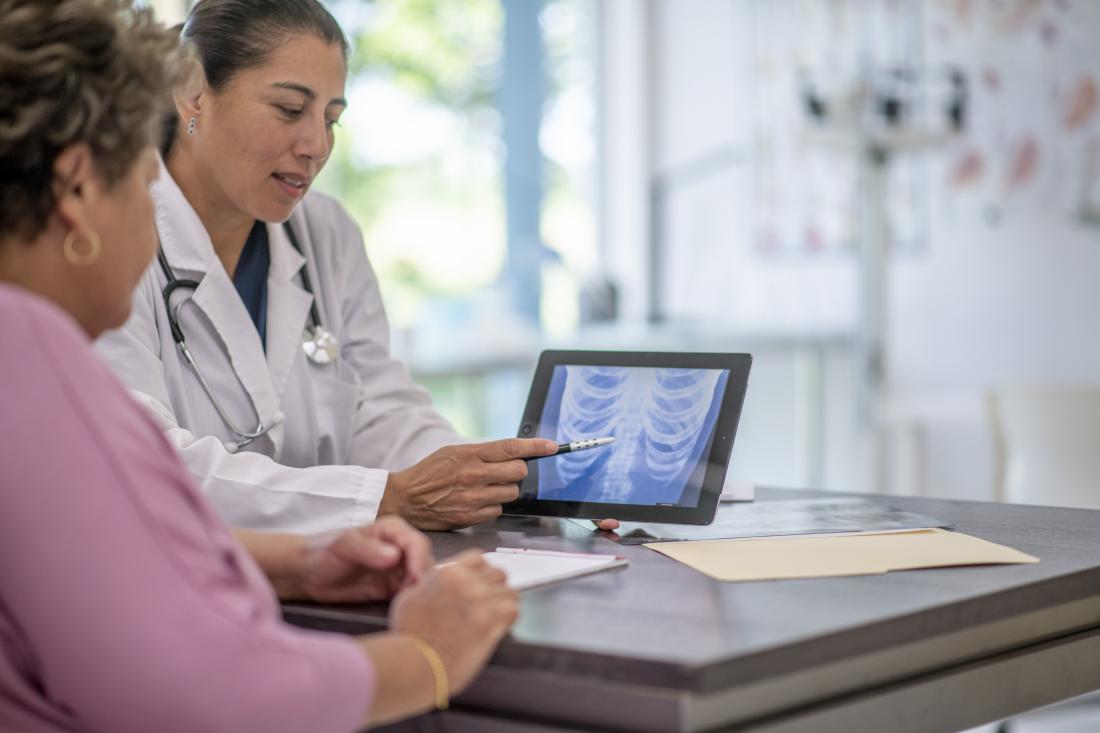 The team describes the development and testing of the compact new technology — which is roughly the size of a shoebox — in a paper that features in the journal Analytical and Bioanalytical Chemistry.

Timely diagnosis and tracking of ARDS are very challenging because the condition can alter and progress rapidly and has several possible causes.

“The most commonly used ARDS prediction tools are only correct about 18% of the time,” says co-senior study author Xudong Fan, a professor of biomedical engineering at the University of Michigan, in Ann Arbor.

In contrast, he and his colleagues showed that the fully automated portable breath analyzer can diagnose ARDS with an accuracy verging on 90% in around 30 minutes.

The researchers tested the technology on 48 volunteers who were receiving treatment at the University of Michigan hospital. Of the volunteers, 21 had ARDS and the others served as controls.

“We’ve found,” Prof. Fan explains, “that if our device tells us the patient is positive for ARDS, it’s highly likely that they’re positive.”

The technology in the device uses gas chromatography to analyze nearly 100 molecules in exhaled breath. It captures a sample of breath through a tube that connects to a mechanical ventilator’s exhalation port.

The results of the analysis allow doctors not only to test for ARDS but also to determine how far advanced the condition is. The device can also monitor treatment progress after diagnosis.

“We are able to detect the onset and improvement of the condition before traditional changes in X-rays and blood testing would occur,” Prof. Fan explains.

Most people who develop ARDS are in the hospital, receiving treatment for other health conditions.

It is rare for ARDS to develop outside of the hospital; when this happens, it is most likely because the person already has severe pneumonia or a similar serious condition.

According to information about the present study from the National Institutes of Health (NIH), around 200,000 people develop ARDS and 74,000 die of the condition every year in the United States.

Pneumonia, sepsis, trauma, and aspiration are among the causes of ARDS. These cause the lungs to become inflamed and fill up with fluid. The fluid obstructs the lungs’ tiny air sacs, through which oxygen passes into the blood and carbon dioxide passes out of it.

However, many of those who survive ARDS struggle to get back to their regular activities because their lung function remains poor.

Detecting ARDS earlier is key to improving the chances and quality of recovery.

“Our ability to improve outcomes with ARDS,” says co-senior study author Kevin R. Ward, a professor of emergency medicine and biomedical engineering at the University of Michigan, “has been basically halted by the lack of technologies that can rapidly and accurately diagnose the disease early, as well as track its progress.”

The current method for diagnosing ARDS relies on chest X-rays, which are costly and involve radiation exposure, and blood tests, which are invasive.

These procedures take hours to produce results and doctors have to repeat them to monitor progress. At their best, they can only show how the condition was earlier; they don’t track it in real time.

“All our current methods result in us treating the disease too late or not having information that tells us if our therapies are making a difference soon enough,” Prof. Ward explains.

“By utilizing exhaled breath, the technology we have developed solves both problems and opens up significant opportunities to allow us to treat earlier and to develop a host of precision medicine therapies for ARDS.”

The team foresees opportunities to develop the technology for more rapid diagnosis and better tracking of several other inflammatory conditions that affect the lungs or blood, such as pneumonia, asthma, and sepsis.

What to know about brittle asthma

Brittle asthma is a rare form of severe asthma. Usual treatments, such as bronchodilators and steroids, do not control this type of asthma very well. People with asthma typically experience inflammation and narrowing of the airways, which makes it hard for them to get air into their lungs. In brittle asthma, the symptoms are severe, […]

A new study has found that stem cell therapy can reduce lung inflammation in an animal model of chronic obstructive pulmonary disease (COPD) and cystic fibrosis. Although, still at a pre-clinical stage, these findings have important potential implications for the future treatment of patients. The findings were presented in Estoril, Portugal on 25 March, 2017 […]

First-time evidence suggests that fat can accumulate in the lungs