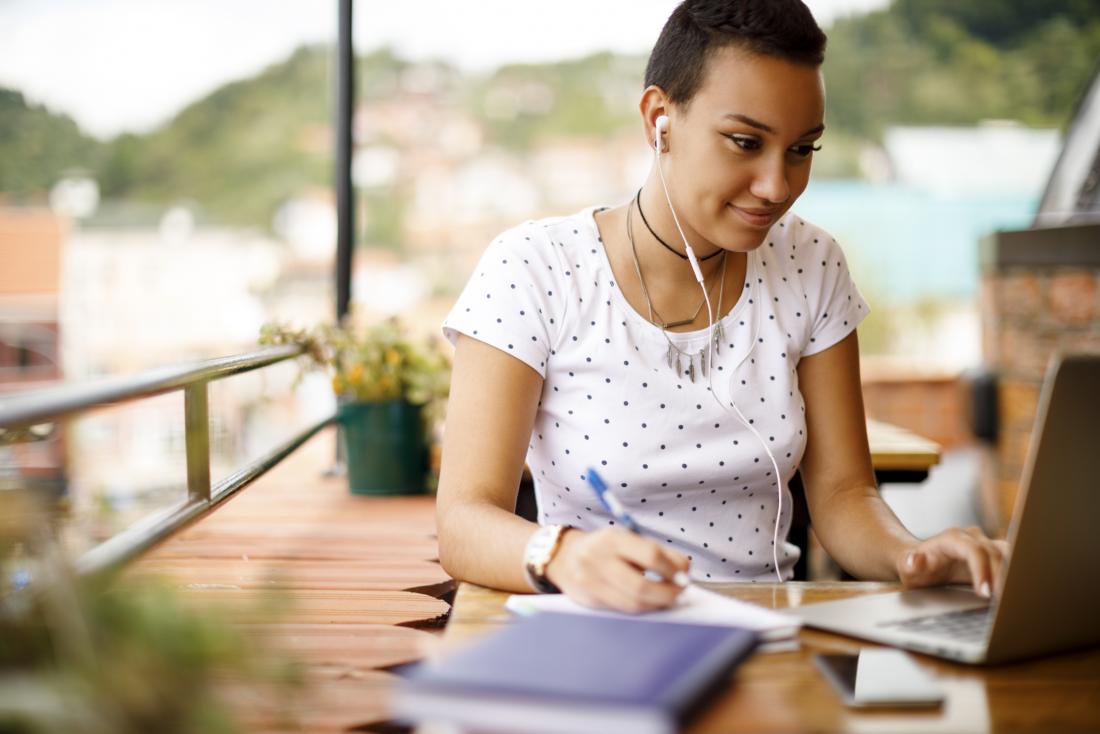 Many people say that music helps them focus, but the researchers behind a new study beg to differ.

After conducting a series of experiments with human volunteers, researchers from the University of Gävle in Sweden and the University of Central Lancashire and Lancaster University, both in the United Kingdom, have concluded that music can “significantly impair” people’s ability to solve tasks that involve verbal creativity.

A paper that now features in the journal Applied Cognitive Psychology describes how the team set out to “critically examine the claim that background music enhances creativity.”

The researchers investigated the effect of listening to music on people’s ability to complete word tasks that call for creativity. The tasks were a variant of “Compound Remote Associate Tasks (CRATs),” which many scientists use to study creativity that involves “insight-based processes.”

A CRAT verbal creativity test involves showing a person three words and asking them to think of a fourth word that they can add either to the front or the end of each of the three words to make three new words or phrases.

For example, giving the word “match” in response to “stick/maker/point,” would be a correct answer because it creates the three words or phrases “matchstick, matchmaker, and match point.” Another example is the word “sun” in response to “dial/dress/flower” to create “sundial, sundress, and sunflower.”

The researchers maintain that there is little scientific evidence to back the claim that music enhances creative problem-solving.

They refer, for example, to a study that claimed to show that music helps creativity. That study used the Alternative Uses Task, in which participants give as many novel uses as they can think of for an everyday object, such as a paper clip or a brick.

In the recent study, the investigators ran experiments in which they invited volunteers to complete CRAT verbal creativity tests under different background sound conditions.

The participants did the tests while experiencing either a quiet background, a library noise background, or music playing. There were three different types of music: instrumental only, with familiar lyrics, and with unfamiliar lyrics.

The results showed that listening to music “significantly impaired” performance on the verbal creativity tasks compared with a quiet or library noise background. This finding was consistent across all three types of music.

In addition, in tests on the effect of music with familiar lyrics, listening to music impaired performance regardless of its effect on mood and whether or not the participant liked it. The team found that this was still the case for those who typically listen to music while they work.

Although they did not examine the underlying mechanisms, the researchers suggest that listening to music could disrupt the verbal working memory that supports creative problem-solving.

Working memory is like a temporary scratchpad for holding and manipulating information. Everyday activities, such as driving, writing, holding conversations, and making decisions, use working memory.

Brain imaging studies have revealed that working memory activates “secondary motor areas,” even when the “primary motor areas” for speech are inactive.

The researchers also found no significant difference in the performance of tasks that the participants completed in a quiet background as opposed to a library noise background. They suggest that this was because the “steady state” nature of library noise intrudes into verbal working memory to a lesser extent.

The authors conclude that:

“[T]he findings here challenge the popular view that music enhances creativity, and instead demonstrate that music, regardless of the presence of semantic content (no lyrics, familiar lyrics, or unfamiliar lyrics), consistently disrupts creative performance in insight problem-solving.”

Average IQ: What is it?

Schools have historically used IQ scores in the placement of students on programs or to identify students with mental difficulties. However, IQ scores and tests are no longer the only measure of a person’s cognitive ability or potential. Nowadays, IQ scores are somewhat controversial, as cultural and environmental factors may also play a role in […]

Does having sex on our minds make us more likely to lie?

Research from the University of Rochester and the Interdisciplinary Center Herzliya has made an intriguing find: With sex on our minds, our honesty barometer becomes skewed, and we tend to “adapt” truth in ways that might make potential partners think of us more favorably. Share on PinterestNew research suggests that we tend to be less […]

Cats have a reputation for being independent and even aloof, so it is no surprise that their facial expressions are difficult to read. Perhaps more unexpected are findings indicating that very few people can decode the emotions in feline facial expressions and that this ability has little to do with cat ownership. Share on PinterestThink […]