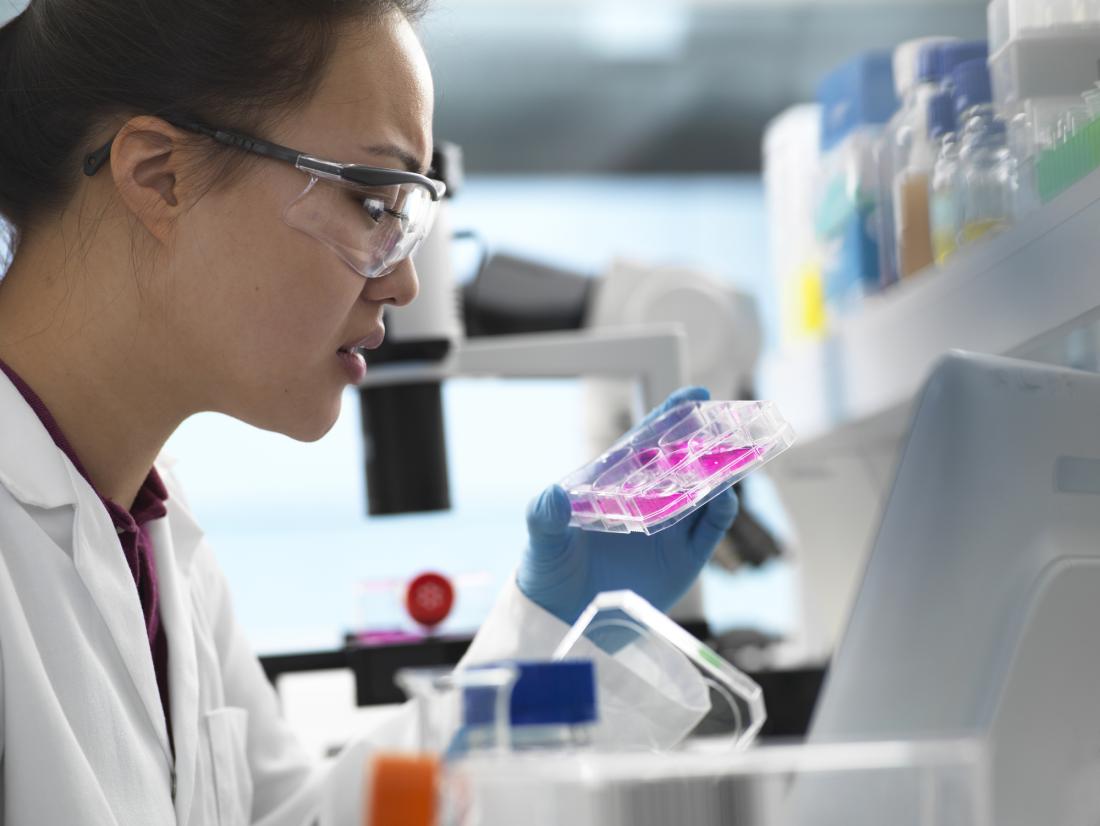 A ‘chemical messenger’ could be helping aggressive cancers grow and spread.

A team at Johns Hopkins Medicine in Baltimore, MD, has recently conducted a study, the results of which now feature in the journal Cell Reports.

These results indicate that many aggressive, or higher-grade, cancers contain higher levels of one specific neurotransmitter.

Neurotransmitters are chemical messengers that allow neurons to “communicate” among themselves and send messages to other cells.

In the new study, the researchers focused on N-acetyl-aspartyl-glutamate (NAAG), saying that this neurotransmitter may be a relevant new target when it comes to treating higher-grade cancer tumors.

Specifically, their experiments revealed that NAAG is more abundant in fast-developing cancer tumors than in other types of cancer. Also, the scientists found evidence to suggest that this neurotransmitter is a source of glutamate — an important cell nutrient — to certain cancer tumors, thus aiding their growth.

“Our study [suggests] that NAAG serves as an important reservoir to provide glutamate to cancer cells through GCPII, when glutamate production from other sources is limited,” explains senior study author Dr. Anne Le.

To begin with, the scientists used mass spectroscopy to analyze the composition of human Burkitt lymphoma cells. This technique allows us to assess the masses of different components within a study sample.

This means that more aggressive tumors contained higher levels of this neurotransmitter, and that the people from whom the scientists collected those tumor samples were less likely to have survived.

Targeting two culprits at once

Their next step involved investigating mouse models in which they had implanted human Burkitt’s lymphoma tumors. Looking at the rodent model, they found that as tumors grew, their NAAG content also rose. Conversely, if any tumors shrank, their NAAG levels also declined.

Then, working with mouse models in which they had implanted human ovarian cancer tumors, the scientists tried to fight GCPII activity by using an inhibitor called 2-PMPA.

This allowed them to both shrink the tumors and reduce concentrations of glutmate in the cancer cells.

Finally, when looking at mice with human-derived pancreatic cancer tumors, the scientists saw that by attacking glutaminase — which is an enzyme that converts glutamine into glutamate — as well as GCPII, they were able to shrink cancer tumors even further.

This, the researchers argue, is likely because they stopped the production of the cell nutrient from two sources: NAAG and glutamine.

“Together,” notes Dr. Le, “these findings strongly link plasma concentrations of NAAG with tumor growth rates, and suggest that measurements of NAAG in peripheral blood should be further explored for timely monitoring of tumor growth during cancer treatment.”

NAAG is ‘a hidden reservoir’

“Seven years ago, we found that glutamine was a big deal in cancer metabolism, and inhibiting the conversion of glutamine to glutamate was the right target to curb cancer growth,” says Dr. Le.

“It turns out, that’s correct. But it’s not enough, because cancer cells have another way to make glutamate through this hidden reservoir. Targeting both pathways could improve cancer treatments.”

However, she specifies that the recent findings are only relevant to cancer tumors that express GCPII.

She does not discount that NAAG may promote tumor growth in other types of cancer, too, though this may occur through different channels. The team would have to conduct further studies to assess the veracity of this hypothesis, cautions Dr. Le.

Scientists have developed a promising strategy for defeating certain types of cancer cell that survive chemotherapy. Share on PinterestNew research finds a way to tackle treatment-resistant cancer cells. The team of researchers tested this new approach in a type of lung cancer in which the cells are able to evade chemotherapy. In fact, exposure to […]

Through my eyes: Facing a cancer diagnosis

My name is Chris Fry, and I’m 69 years old. My wife, Katy, and I have been married for 43 years, and we have two children who each have two children of their own. I have what they call stage 4 cancer. I’ve had a career of 50 years in railway engineering, almost all of […]

Cancer survivors report an information gap in treatment side effects

Cancer treatments can save lives, but they also often cause a range of side effects. A recent patient survey in the United States has revealed how people feel about these effects and the information gaps that currently exist. Share on PinterestA new patient survey reveals the information needs of people receiving cancer treatment. About one-third […]