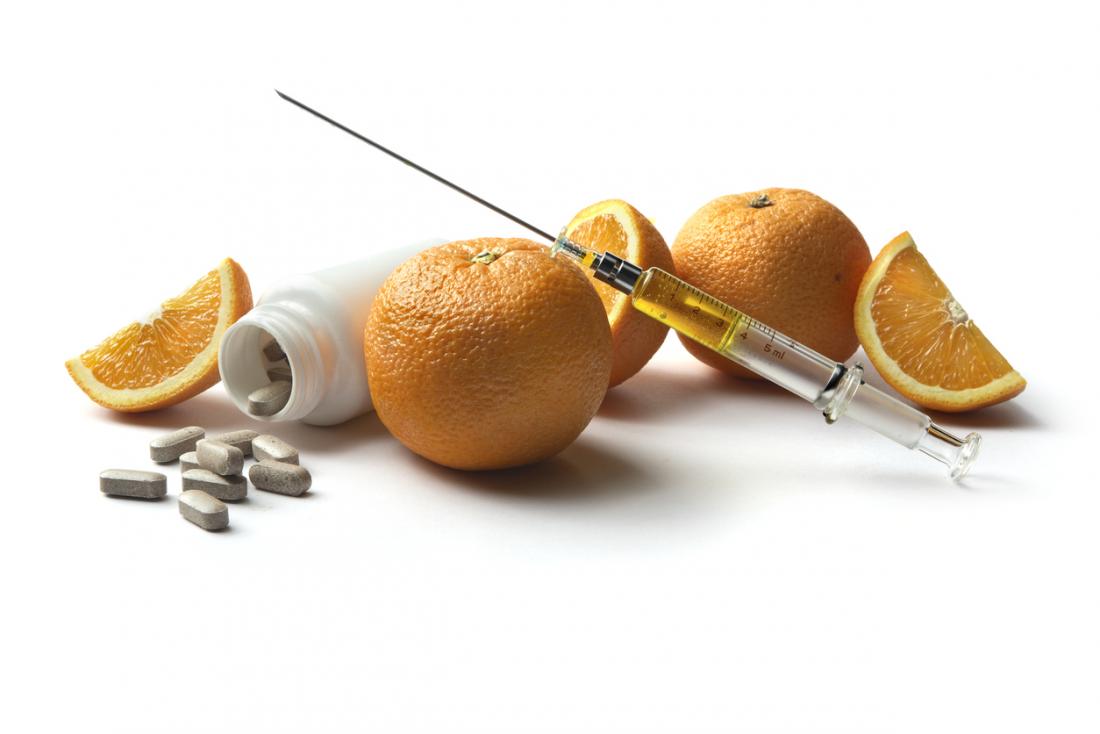 The evidence for vitamin C as an effective treatment for cancer remains controversial. Several studies have shown that it works against a wide variety of cancers, including pancreatic cancer, liver cancer, colon cancer, and ovarian cancer. Other studies, however, have suggested that it might make chemotherapy less effective.

The first author of the study is Luisa Cimmino, Ph.D., an assistant professor in the Department of Pathology at NYU Langone Health, and the findings were published in the journal Cell.

The role of the enzyme TET2 in leukemia

An enzyme called Tet methylcytosine dioxygenase 2 (TET2) is known to have the ability to make stem cells – which are undifferentiated cells that have not yet gained a specific identity and function – differentiate into mature, normal blood cells that end up dying similarly to any other normal cell.

This is beneficial to patients with leukemia, in which blood stem cells are not “told” to mature, so instead, they regenerate themselves and multiply ad infinitum. This stops the body from producing normal white blood cells, which our immune system needs to fight infection.

Genetic changes can influence this enzyme’s beneficial action. The authors note in their study that 10 percent of acute myeloid leukemia patients, 30 percent of patients with a type of pre-leukemia called myelodysplastic syndrome, and 50 percent of those with chronic myelomonocytic leukemia have a genetic malfunction that reduces TET2.

Therefore, Prof. Cimmino and colleagues set out to examine how this enzyme can be genetically stimulated, and whether or not vitamin C can be used to do so.

Switching the TET2 gene on and off

It was known to the researchers that, in leukemia and other blood diseases that depend on TET2 genetic malfunctions, only one of the two copies of the TET2 gene is altered.

So, they hypothesized that a high dose of vitamin C administered intravenously might compensate for the faulty copy of the gene by amplifying the action of the copy that still functions normally.

The study confirmed the researchers’ hypothesis. They found that high-dose vitamin C promoted a genetic mechanism that restored TET2 function. This mechanism is called DNA demethylation – a process that, simply put, activates genes that “tell” stem cells to mature and evolve toward death, as normal. This process does not work properly in patients with TET2 genetic mutations.

The new study, however, gives such patients hope, as the researchers found that intravenous treatment with vitamin C promoted DNA demethylation, “telling” stem cells to mature and die. The treatment also stopped leukemia cancer stem cells that had been transplanted from human patients to mice from growing in the rodents.

The results prompted the researchers to see what would happen if they combined the therapeutic potential of vitamin C with a class of anticancer drugs called PARP inhibitors. These are “a drug type known to cause cancer cell death by blocking the repair of DNA damage, and [are] already approved for treating certain patients with ovarian cancer,” explains Prof. Cimmino.

The researchers found that this combination boosted the efficacy of the vitamin C treatment, making it even more difficult for the leukemic stem cells to self-renew.

What are the clinical implications?

Corresponding study author Benjamin Neel, Ph.D., director of the Perlmutter Cancer Center, spoke to Medical News Today about the significance of their findings.

“Our results suggest that high-dose vitamin C – and it’s important to note that this means doses that have to be administered [intravenously] – might have therapeutic benefit in TET2-mutant myelodysplastic syndrome, either alone or in combination with current demethylating therapies and/or PARP inhibitors.”

“Our work also suggests that vitamin C plus/minus PARP inhibitors might be part of a beneficial strategy for TET2 mutant [acute myeloid leukemia],” adds Dr. Neel. But the author cautions that these are only predications, and that they “must be tested in human patients via clinical trials.”

“Dr. Abdul Maher-Hay at [the Perlmutter Cancer Center] has organized a multi-center trial to test the effects of vitamin C in intermediate and high-risk [myelodysplastic syndrome],” Dr. Neel told us. “The results of this trial will be quite interesting.”

Dr. Neel shared with MNT some of the scientists’ directions for future research, saying, “We also plan additional preclinical studies to test the effects of high-dose vitamin C in combination with PARP [inhibitors] in more models of [acute myeloid leukemia] and in primary patient samples.”

“And finally, we plan experiments to identify other agents that might synergize with vitamin C in [acute myeloid leukemia] samples.”

Leukemia: Mushroom protein could be used in future treatments

What is hairy cell leukemia and how is it treated?

Hairy cell leukemia is a type of hematologic cancer. This type of cancer starts in the tissues that form blood, such as the bone marrow, or in the cells of the immune system. Hairy cell leukemia accounts for approximately 2 percent of all leukemias, is more common in men than in women, and is also […]

MDS symptoms: What are the signs of pre-leukemia?

Myelodysplastic syndrome (MDS) refers to a group of blood and bone marrow cancers. It develops when a person has low levels of certain types of blood cell in their body. Healthcare professionals used to call MDS “preleukemia,” or “smoldering leukemia.” However, as MDS only progresses to leukemia in around one-third of people, they now view […]