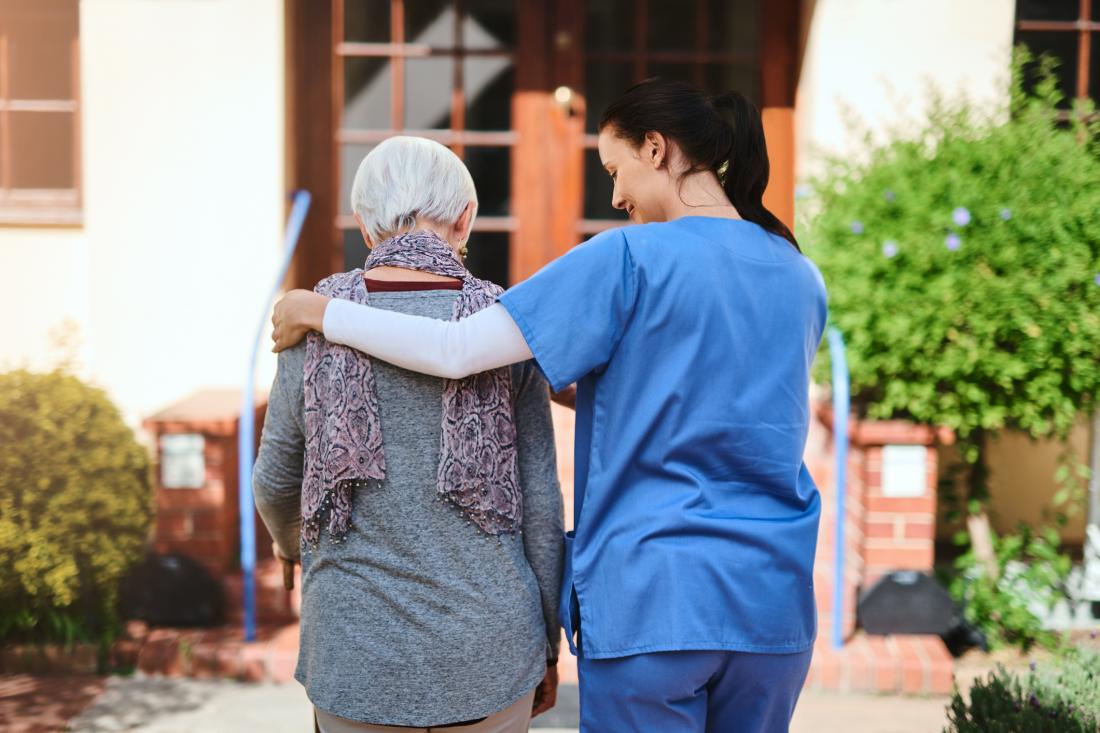 New research suggests a person’s gait may offer clues into the type of dementia they are living with.

“Alzheimer’s and Lewy body disease have unique signatures of gait impairment,” state the authors in a recent Alzheimer’s & Dementia paper about their findings.

The researchers suggest that the unique impairments to gait — or alterations to walking pattern — may reflect the specific damage that each disease inflicts on mental function and the brain.

Should further studies corroborate the findings, the researchers suggest that walking pattern could become a useful and inexpensive addition to the medical toolbox for diagnosing different types of dementia.

“It is a key development,” says first study author Ríona McArdle, Ph.D., of the Faculty of Medical Sciences at Newcastle University in the United Kingdom, “as a more accurate diagnosis means that we know that people are getting the right treatment, care, and management for the dementia they have.”

Types and causes of dementia

Dementia is the name that doctors give to a cluster of symptoms that includes difficulties with remembering and thinking together with behavior changes that interfere with daily living.

Some people with dementia can also struggle to pay attention and concentrate, find it difficult to control their emotions, and experience changes in personality.

The WHO also estimate that 5–8% of the global population that is 60 years of age and older has dementia.

There are many types of dementia, depending on the underlying cause. Alzheimer’s disease is the most common dementia in older people. Other forms include Lewy body, vascular, and frontotemporal dementia. A person can also have more than one type.

Alzheimer’s disease and other common causes of dementia lead to irreversible damage to the brain and become worse over time. There is currently no cure for these progressive neurodegenerative conditions.

For the new study, McArdle and her colleagues focused on Alzheimer’s disease and Lewy body dementia. In both conditions, toxic protein deposits kill nerve cells, or neurons, and lead to irreversible brain damage.

In Alzheimer’s disease, the damage begins in the hippocampus, a brain area that is essential for memory formation. In Lewy body dementia, the damage hits parts of the brain that control movement and certain aspects of memory.

A total of 110 people aged over 60 years took part in the study. Of these, 29 had mild cognitive impairment (MCI) and served as controls. Of the rest, 36 had early stage Alzheimer’s disease, and 45 had early stage Lewy body dementia.

People with MCI have a noticeable and measurable reduction in memory and thinking. Having MCI does not mean that the person has dementia, but it often precedes the condition.

The researchers invited the participants to walk at normal speed on a mat that incorporated thousands of sensors. The sensors allowed the researchers to monitor and analyze each person’s walking pattern.

The analysis highlighted distinct differences in step length and timing of those with Lewy body dementia and those with Alzheimer’s disease.

The participants with Alzheimer’s disease rarely varied their walking patterns. In contrast, those with Lewy body dementia frequently varied how long it took for them to take a step or the length of their steps.

Falls are more common in people with Lewy body dementia because they have an asymmetric walking pattern: the pattern differs between left and right in terms of step time and length.

The team found that by analyzing the asymmetry of the walking patterns, they could predict with 60% accuracy which of the participants had which type of dementia. This is the first study to be able to show this.

Evidence of gait signatures for dementia

The researchers conclude that the findings offer “early evidence” of unique gait signatures for mild Alzheimer’s disease and Lewy body dementia and that these could be due to disease-specific effects on cognition.

They urge further studies to replicate the results with “larger well-defined” groups of people with Alzheimer’s disease and Lewy body dementia that use brain scans, biomarkers, and postmortem results.

They also suggest that researchers use a similar framework for tracking disease progression and subtypes as that which doctors use to monitor Parkinson’s disease from gait changes.

Should further research confirm the findings, the team suggests that the tool could be available for clinical use within 5 years.

“In this well conducted study,” he adds, “we can see for the first time that the way we walk may provide clues which could help us distinguish between Alzheimer’s disease and Lewy body dementia.”

“We look forward to seeing larger, longer studies to validate this approach and shed light on the relationship between a person’s gait and dementia diagnosis.”

Dementia: Obesity, but not diet or inactivity, raises risk

A new, long-term study finds that midlife obesity raises the risk of dementia in women. However, calorie intake and physical inactivity do not. Share on PinterestObesity in midlife may raise a woman’s risk of dementia later on, new research suggests. Sarah Floud, Ph.D., of the Nuffield Department of Population Health at the University of Oxford […]

Smoking may not be related to dementia risk after all

There is no doubt that smoking damages health and increases the risk of many diseases and premature death. However, a study that followed hundreds of older adults for more than 10 years found no link between tobacco smoking and raised dementia risk. A new study suggests there is no causal link between smoking and the […]

New research in mice reveals the mechanisms through which two experimental drugs that may treat Alzheimer’s disease have broader, anti-aging properties and can reverse age-related cognitive decline. Share on PinterestNew research explains how two experimental dementia drugs may reverse normal aging. Family history, genes, and some lifestyle choices all influence a person’s risk of Alzheimer’s […]