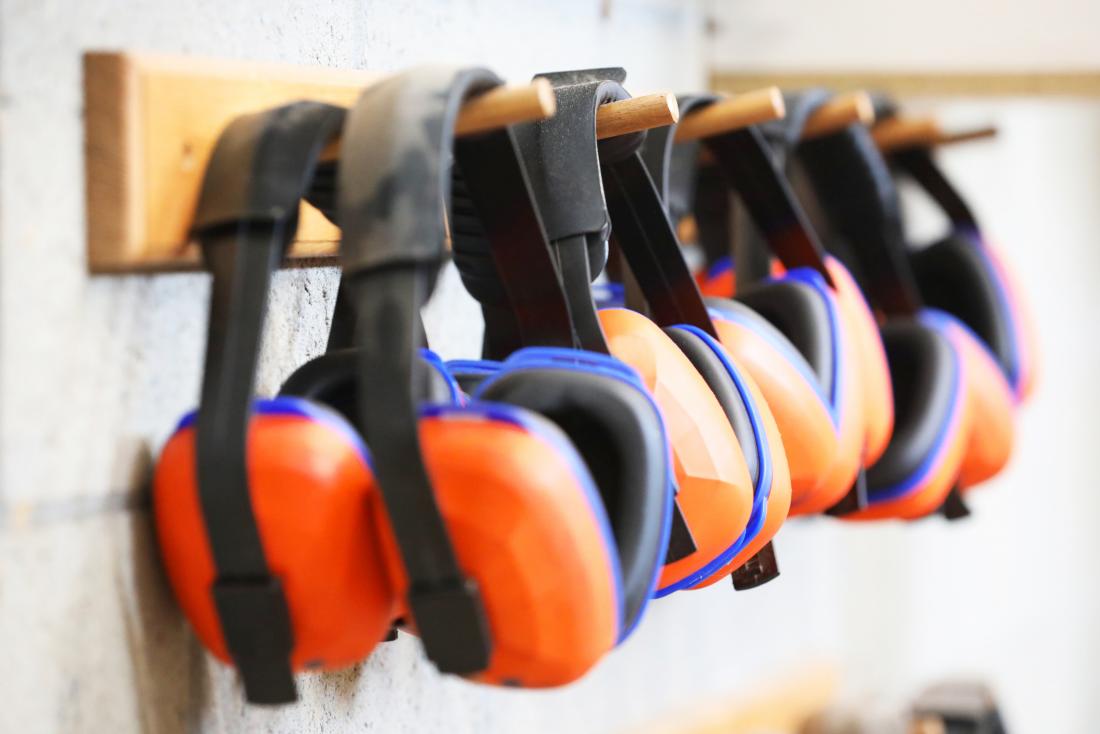 Harsh noises activate brain regions that play a role in pain and aversion, a new study has found.

Grating noises, such as car alarms, the sounds of a construction site, or even human screams, are very difficult if not impossible to ignore, chiefly because they are unpleasant.

What happens in our brains when we hear such noises, though, and why do we find them so unbearable?

These are the questions that a team of researchers from the University of Geneva and Geneva University Hospitals in Switzerland has aimed to answer in a recent study.

Why is this issue important in the first place? In their study paper — which appears in the journal Nature Communications — the researchers explain that it ties into aspects of communication.

“A first and foremost purpose of communication is to catch the attention of conspecifics [individuals of the same species],” the researchers write, “a process that can be optimized by adapting signal salience to maximize the receiver’s sensory-motor responses.”

In neuroscience, salience is the quality that sets something apart from items of the same kind. “To amplify sensory salience and ensure efficient reactions on the receiver’s end, a generic strategy is to increase signal intensity, e.g., by screaming or shouting,” the authors note in their paper.

“However, signal magnitude is not the only parameter that changes when we increase vocal sound levels. Another important emerging feature is roughness, an acoustic texture that arises from fast repetitive acoustic transients,” they add.

So, in their study, the scientists first established the range of sounds that are “rough” and unpleasant for the human brain. They then looked at the brain areas that these noises activate.

When does noise become ‘intolerable?’

For some of these experiments, the researchers played the participants repetitive sounds with frequencies between 0 and 250 hertz (Hz). They also played these sounds at progressively shorter intervals to determine the point at which some of these sounds became unpleasant.

The team found that the upper limit of sound roughness occurs when the stimulus reaches about 130 Hz. “Above this limit, the frequencies are heard as forming only one continuous sound,” explains Arnal.

To understand when, exactly, rough sounds become unpleasant, the researchers also asked the participants — as they were listening to sounds of different frequencies — to rate the sounds on a scale from one to five, with five meaning “unbearable.”

“The sounds considered intolerable were mainly between 40 and 80 Hz, i.e., in the range of frequencies used by alarms and human screams, including those of a baby,” notes Arnal.

These unpleasant sounds are those that humans can perceive from a distance — the ones that really grab our attention. “That’s why alarms use these rapid repetitive frequencies to maximize the chances that they are detected and gain our attention,” Arnal adds.

When the auditive stimuli repeat more often than every 25 milliseconds or so, the researchers explain, the human brain becomes unable to anticipate the different stimuli and perceives them as a continuous noise that it cannot ignore.

When the researchers monitored brain activity to find out exactly why the brain finds these rough noises so unbearable, they found something that they had not expected.

“We used an intracranial [electroencephalogram], which records brain activity inside the brain itself in response to sounds,” explains co-author Pierre Mégevand.

The researchers monitored brain activity when participants heard sounds that exceeded the upper limit of roughness (above 130 Hz), as well as sounds within the limit that participants had rated as particularly unpleasant (between 40 and 80 Hz).

In the former condition, the researchers saw that only the auditory cortex in the upper temporal lobe became active, which “is the conventional circuit for hearing,” as Mégevand observes.

However, when participants heard sounds in the 40–80 Hz range, other brain areas became active as well, much to the researchers’ surprise.

“These sounds solicit the amygdala, hippocampus, and insula in particular, all areas related to salience, aversion, and pain. This explains why participants experienced them as being unbearable.”

“We now understand at last why the brain can’t ignore these sounds. Something particular happens at these frequencies, and there are also many illnesses that show atypical brain responses to sounds at 40 Hz. These include Alzheimer’s, autism, and schizophrenia,” says Arnal.

Going forward, the researchers are planning to conduct more detailed research on the brain networks that respond to harsh sounds. They hope to find out whether it is possible to detect certain neurological conditions simply by monitoring brain activity in response to particular sounds.

What to know about delirium

The brain finds a way to adapt, even when we remove half

A fascinating new study involving people who underwent hemispherectomy — surgery to remove one of the brain’s hemispheres — in childhood shows that these individuals now display almost no immediately obvious effects of this procedure. Share on PinterestEmerging evidence emphasizes the brain’s impressive ability to adapt, even when doctors remove half. Brains have two halves, […]